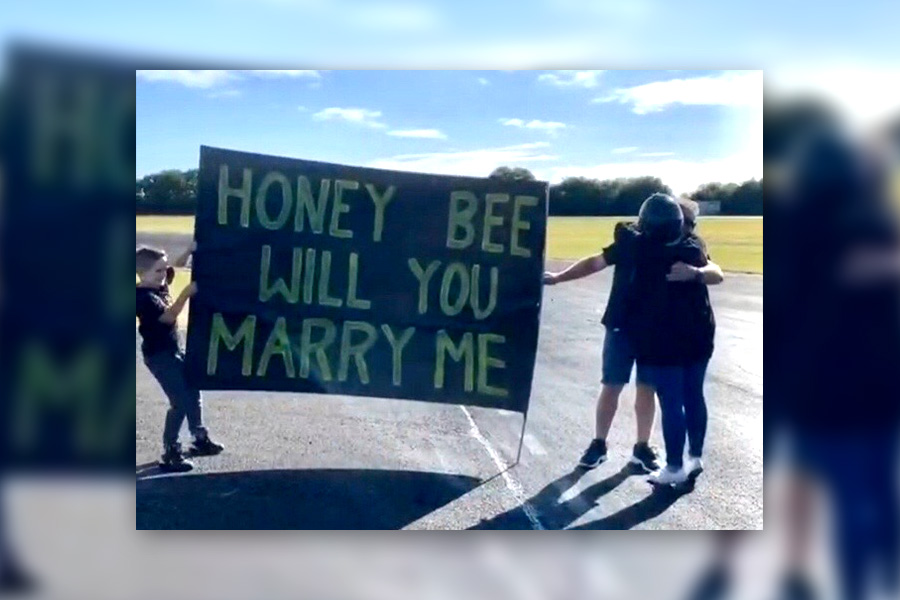 Paul Morris’ Norwell Motorplex on the Gold Coast has had another first and it had nothing to do with a lap record or the latest model car launch.

Regarded as one of Australia’s leading driver training and race driver development facilities, Norwell has hosted its first marriage proposal.

Anthony Fox had been trying to propose to his girlfriend Judy Smith since February, but constant rain and then the COVID-19 crisis kept delaying his plans.

He finally got the job done this week with the help of Morris and Norwell’s chief instructor, Steve ‘Robbo’ Robinson.

Rather than dust-gathering gifts for birthdays and Christmas, Fox and Smith surprise each other with adrenaline-inspired gifts that have included off-road buggies, touring car rides and even jumping out of a plane.

Smith thought her visit to Norwell for a drive of a Supercars school car was an early gift for her birthday next week.

‘Robbo’ was her instructor and got her to stop because he thought he “saw something on the track”.

Once coming to a stop she looked up to see Anthony holding a sign that read, “Honey Bee will you marry me?”

“I had been hiding that sign in my garage for months,” admitted Fox.

“It took a while to get the plans in place, but we finally got there and she got a terrific surprise.

Fox and Smith live at Jacobs Well not that far from the Norwell Motorplex and run Foxy’s Fix It handyman business.

Morris, a Supercheap Auto Bathurst 1000 winner, said he was happy to play a part in the proposal.

“We are doing cool stuff at Norwell all the time, but that was our first wedding proposal,” admitted Morris, who recorded the event on his iPhone.

“When Anthony told us about his idea, we put everything in place to make it happen.

“Judy was cutting a couple of laps in our Triple Eight school car with Robbo when it all unfolded in front of her.

“I am just glad the bloke got the right response.”

Fox and Smith are big Supercar fans and usually attend all the Queensland rounds as well as Sydney Motorsport Park.

The coronavirus pandemic restrictions mean they might not get to another race until next year when they will be man and wife after a December 12 wedding this year.

Watch the marriage proposal below: