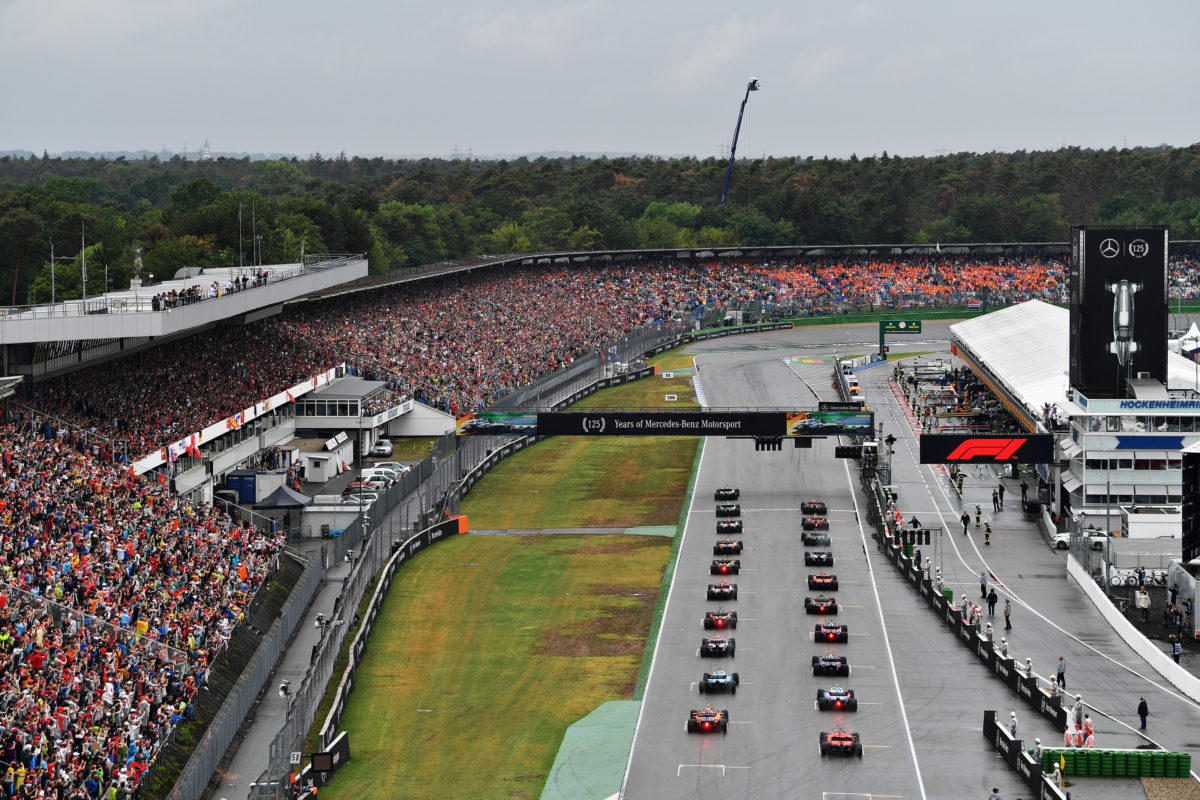 Germany has stepped up to replace the British GP

With the fate of the British Grand Prix in doubt as a result of looming quarantine restrictions, organisers in Germany have stepped up their efforts to lure Formula 1 back to Hockenheim.

Currently citizens, residents, and visitors are able to travel freely in and out of the UK, but regulations going forward will mandate a 14-day quarantine period.

Globally the death toll has risen to almost 326,000 making the UK responsible for more than 10 percent of that figure.

The new travel restrictions are set to come into place at the end of May, with those arriving in the UK then having to self-isolate at a private residence.

Formula 1 bosses were hopeful that an exception would be made for elite sports, though that is looking increasingly unlikely.

Seven teams are based in Britain while Ferrari, Toro Rosso, Alfa Romeo, and tyre supplier Pirelli are based on the Continent.

As doubts over the fate of the British GP therefore rise, organisers in Germany have stepped forward to fill the void.

“We have spoken about the idea of having a race without spectators.

“We already checked if this could be possible, from dates as well as the legal general point of view. For us, it is an option.”

Hockenheim was absent from the original 2020 calendar, a point Teske suggests that could work in his venue’s favour.

“Others have a contract in place which might be a bit more complicated in regards to costs they had already and other costs coming up because of preparations which were initiated already,” he suggested.

“We can just say ‘OK, if we find a time slot then we have these costs’. And then we come together or not. This might be a little advantage in our talks.

“We will see what happens. I think the most decisive (thing) is the current situation with quarantine in the UK.”

While interested and willing to help Formula 1, there are other considerations that must be taken into account for Hockenheim.

“What is really crucial for us is not to be pending now for months,” Teske explained.

“We have to get our circuit booked and there is a high demand on track days, but Formula One is aware and understands our situation.”

Financial strains have prevented Germany from being a regular fixture on the F1 calendar in recent years.

Last year’s race only took place when Mercedes stepped up in celebration of its 125th anniversary.

Formula 1 is yet to release a revised calendar, with only the first event in Austria on July 3-5 confirmed.