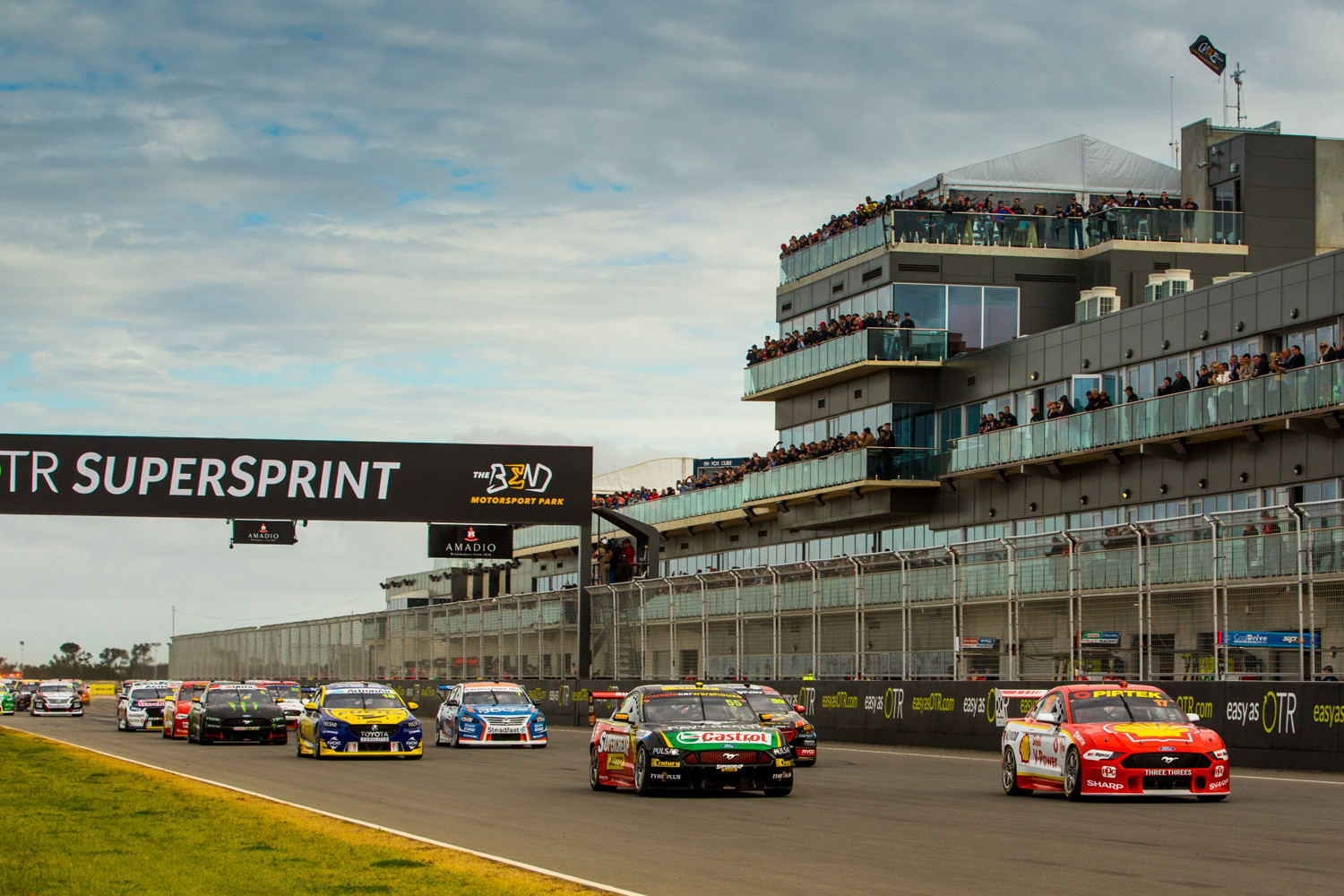 The Bend 500 may still go ahead as planned

The Bend Motorsport Park owner Sam Shahin is ‘positive’ his circuit can host a leg of the Pirtek Enduro Cup this year as originally planned.

Race formats have not been confirmed for any Virgin Australia Supercars Championship events other than the Supercheap Auto Bathurst 1000, which remains unchanged.

The Tailem Bend circuit was set to host the inaugural running of OTR The Bend 500 in 2020, which replaced the long-running Sandown 500.

Last week Supercars released a draft 2020/21 calendar, which confirmed the cancellation of this year’s Gold Coast 600 and listed The Bend without its 500 tagline.

In a statement by Shahin, the circuit owner said he hopes the event will run “as originally planned” despite being reduced to two days.

“Firstly, we are excited to confirm that OTR The Bend 500 has been included in the revised Supercars calendar,” said Shahin.

“Whilst the dates are unchanged, all rounds are currently scheduled as two-day events pending clarifications from authorities over coming weeks.

“Race formats are yet to be announced. It is our absolute priority to work towards holding and running the event as originally planned.

“We can be positive that with restrictions easing, and with four months to go until the event, there is every chance the event will run as originally planned.”

Speaking during a recent media teleconference roundtable, Supercars CEO Sean Seamer affirmed his belief that there will be an Enduro Cup held this season.

Asked whether plans were still in place for the Enduro Cup to be run, Seamer replied, “Yes, of course.”

“We’ve still got work to do on all of the formats from here and we’ll work with the teams and the commercial partners over the coming weeks to lock down those,” said Seamer.

“But we can obviously confirm that Bathurst will still be more than two days.”

Questioned about whether a move to a two-day meeting would mean The Bend race weekend would no longer be an endurance-based event, Seamer said, “On any of the formats it’s too early for me to speculate.

“We’ve got very smart people, very good race teams working through all of the options available to us.

“I think you can expect us to try some new ideas under these opportunities that are being presented to us. So stay tuned.”

Located east of Adelaide, the circuit has remained open during the coronavirus pandemic with track day events limited to 10 people.

Shahin said the circuit is working to resume car and motorcycle racing as soon as possible.

“In the short term, we are planning to host SA based competition events (more details soon) and when the borders eventually open I know there are many car clubs, and motoring enthusiasts itching to come and visit both The Bend and Mallala.”

This year’s Supercars event at The Bend Motorsport Park is scheduled to take place on September 19-20.