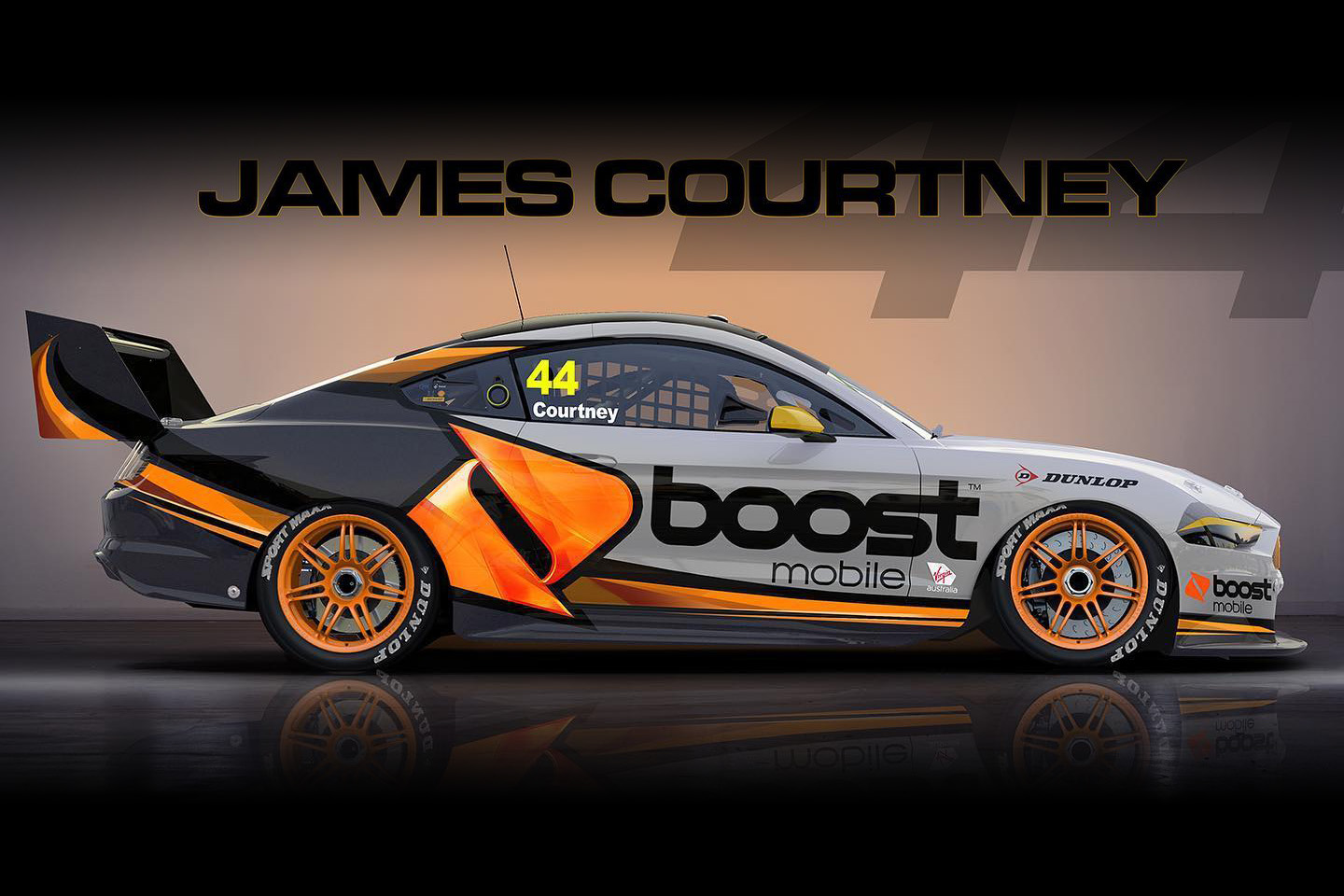 James Courtney has given fans their first look at what his Boost Mobile-backed Ford Mustang will look like when he returns to the Supercars grid.

Courtney posted the Peter Hughes-designed livery render on his Facebook page, which draws inspiration from the design he ran with Team Sydney at the season-opening Adelaide 500.

The 2010 champion is set to make his return to the Virgin Australia Supercars Championship at Sydney Motorsport Park on June 27-28.

The 39-year-old will run under the Boost Mobile Racing banner out of the Tickford Racing operation, which fills the void left by the recently departed 23Red Racing.