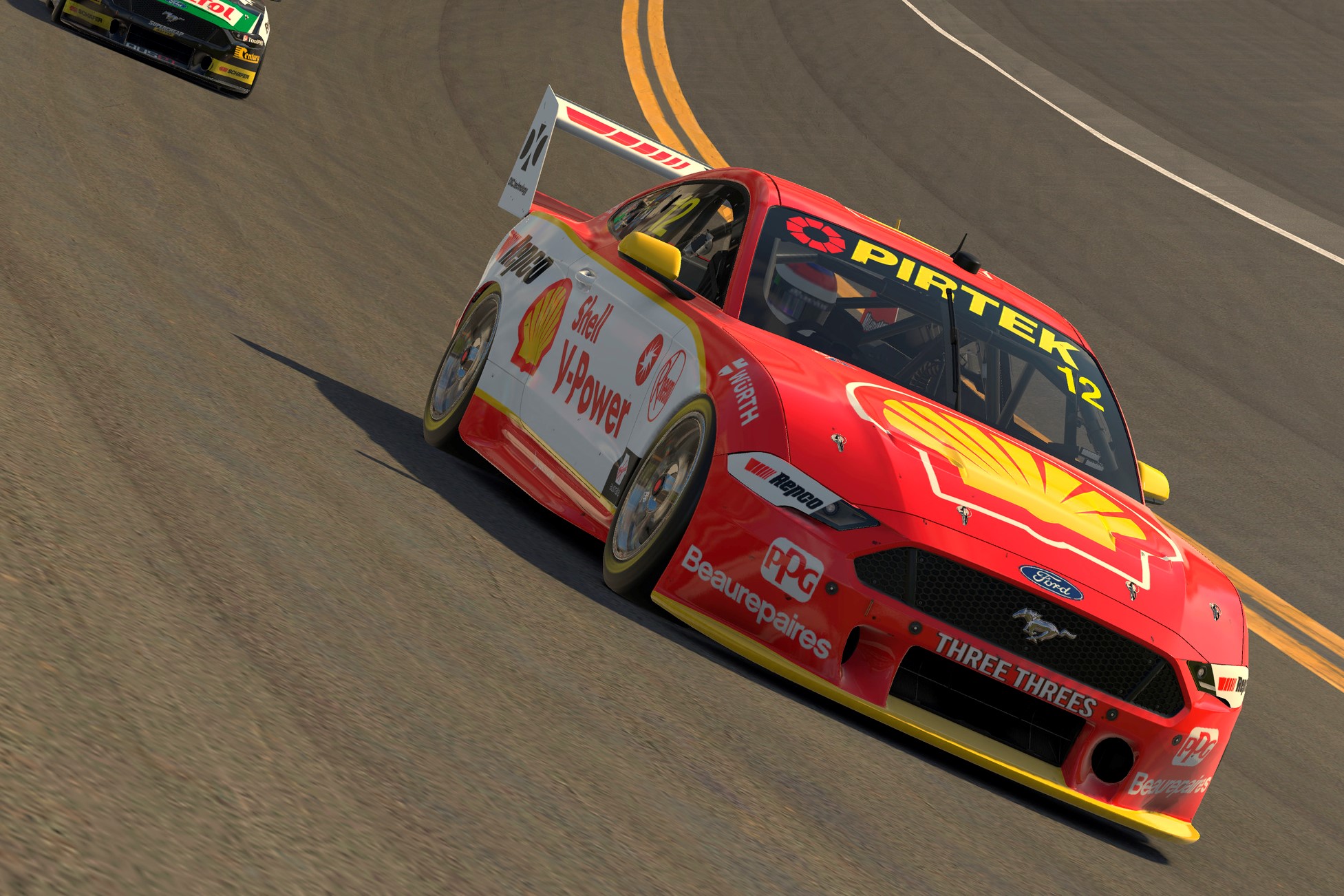 Fabian Coulthard took an ‘aim for the smoke’ approach to snag a podium in Round 7 of the BP Supercars All Stars Eseries at Charlotte.

It was an up and down night for the Shell V-Power Racing team-mates as Scott McLaughlin went without seeing the podium across the three-race night.

Having started from 21st on the grid at Charlotte Motor Speedway, Coulthard charged his way through the field to be in contention for the win late in the piece.

With a handful of laps to go he was on the back of a battle pack for the lead.

Aided by a crash ahead of him on the penultimate lap that took out Jamie Whincup, Jack Le Brocq, and Lee Holdsworth, the Kiwi avoided the carnage to come home third.

Coulthard went on to take an 18th place finish at the following race on Daytona International Speedway (road course) and ended the night with a ninth place finish.

“That was a pretty strong night tonight, we had some luck fall our way which was great,” said Coulthard.

“That oval race in Charlotte was good fun, and we managed to draft our way to the front, channelled a bit of Cole Trickle and jagged a podium.

“I grabbed a top 10 after starting P17 in the last race at Daytona too, made some good moves and enjoyed myself too so it was a good night overall.”

Meanwhile, McLaughlin had a troubled night.

The round started off with a lowly 20th qualifying effort at Charlotte before contact with Jack Smith sent McLaughlin sliding.

Another incident relegated him to the pit lane where he was classified 27th.

The road course races at Daytona brought better results, however, it wasn’t without drama.

In both races McLaughlin was hit from behind at Turn 1, the first resulting in a cut across the grass and a subsequent slow-down penalty, while the second saw him spin out.

“Not a bad night tonight, but I just can’t wait to get back into the real thing now,” said Mclaughlin.

“Thanks to everyone for tuning in again this week.

“It’s a shame we have some pretty loose drivers in the field, and I made plenty of mistakes too so not my best night.”

Round 8 of the BP Supercars All Stars Eseries takes place on May 27 at Imola and Interlagos.