Commission commitments may force Whincup out of Supercars Eseries

Commission commitments may force Whincup out of Supercars Eseries 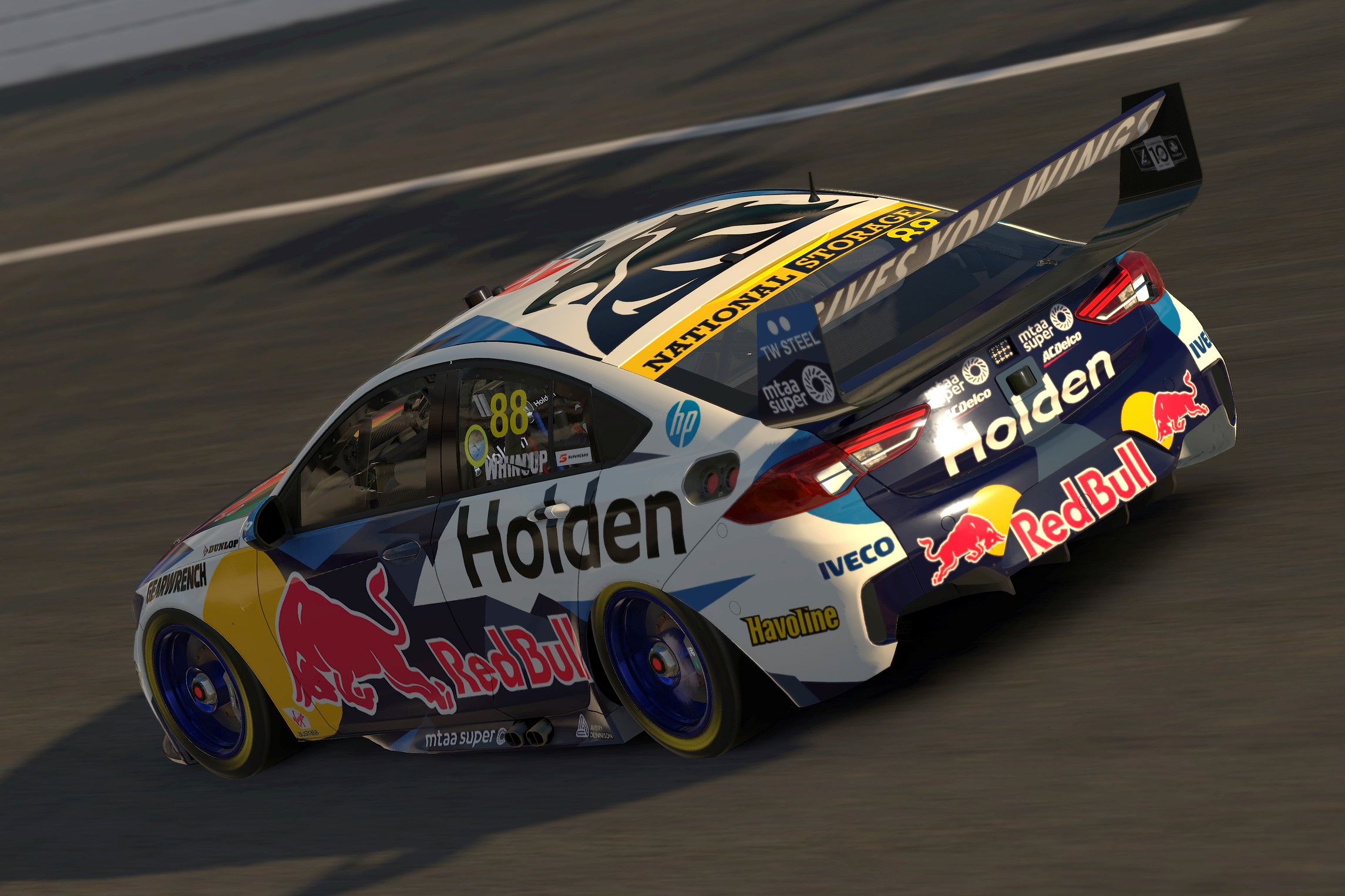 Jamie Whincup says his commitments to the Supercars Commission may mean he has to step back from the All Stars Eseries.

With the release of the 2020/21 calendar, Whincup said his priorities may shift as the resumption of the Supercars season approaches.

“Now we’ve announced the revised calendar, my role within the Supercars Commission has been extremely busy,” said Whincup.

“So I’m not going to have a huge amount of time to e-race in the coming weeks.

“I might call around and lean on one of the other lads to fill my spot for car #88.

“We’ll no doubt make a decision in the coming days.”

The Red Bull Holden Racing Team has fielded wildcard entries throughout the online competition with Formula 1 driver Max Verstappen the most high profile of all.

Whincup has had a mixed run of results in the BP Supercars All Stars Eseries to date with the team.

He was in contention during the opening race of Round 7 at Charlotte Motor Speedway but was taken out late in the piece.

He went on to finish 24th before recording 12th place and 16th place finishes at Daytona International Speedway on the road course.

Whincup said he battled with technical dramas that stifled his progress throughout the night.

“I had quite a good time on the sim last night – it was a bit of fun,” said Whincup.

“I didn’t get a huge amount of time beforehand to practice, so I was a little bit nervous going into the races, but I was excited to qualify P6 in Charlotte.

“The biggest issue I had with my sim last night was braking again.

“Usually I would lean on the engineers to help resolve this problem, but they’ve been too busy getting the real race cars ready back at the workshop.

“So we just haven’t had time to fix those slight problems.

“I started P6 and was leading the race with six or seven laps to go.

“I got a good restart under the Safety Car then started getting passed by a couple of cars and then boom, got caught in an accident and finished almost last, again.

“Race 2 was reasonable, I ended up P12 which was an improvement considering the laps.

“Unfortunately, in the last race I got involved in an incident where I couldn’t pull up in time and that was that. All in all, it was a reasonable night.”

Round 8 of the BP Supercars All Stars Eseries takes place at Interlagos and Imola on May 27 at 18:00 AEST.