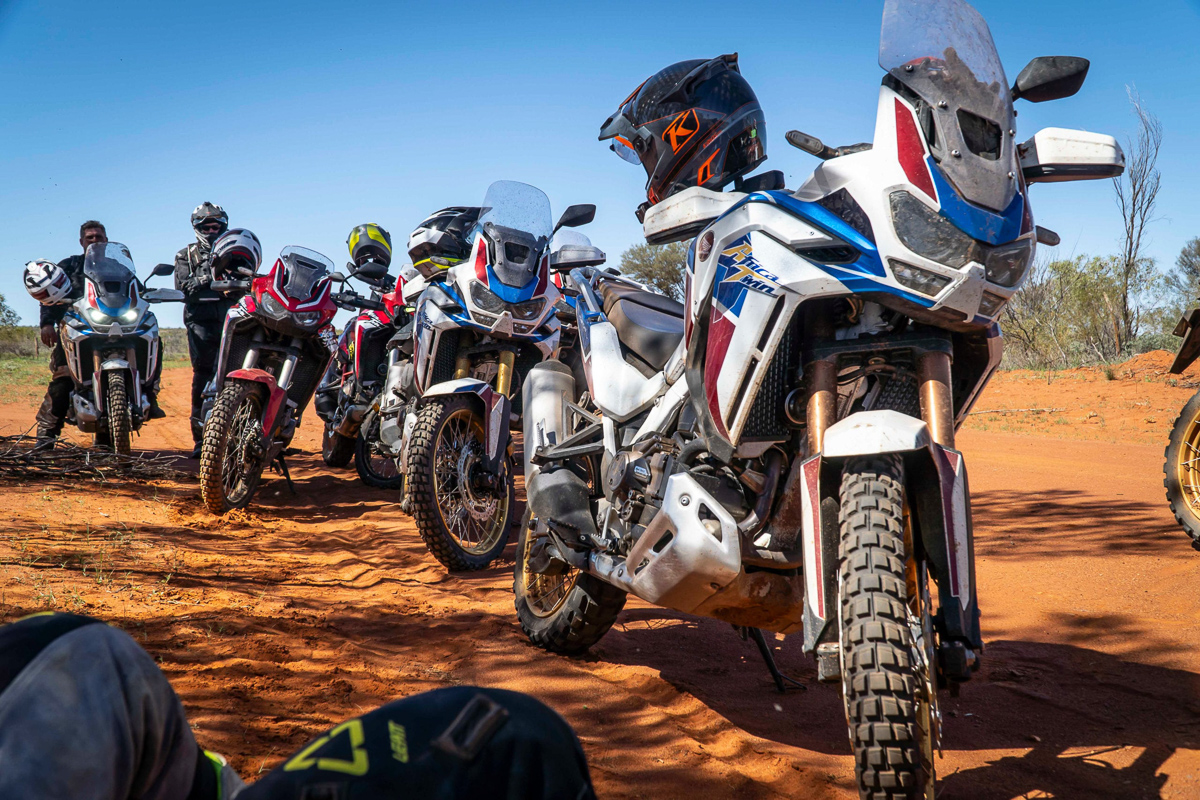 While the first few issues of Speedcafe.com’s Bucket List features have concentrated on relatively static experiences like museums and exhibitions, this week we take a ride with Australian motorcycling legend Daryl Beattie on what has become a true bucket list item for many adventurous fans from around the world.

The story about Beattie winning a 50cc mini-bike on a children’s television show, Agro’s Cartoon Connection, and going on to finish second in the 1995 500cc World Championship to countryman Mick Doohan is part of Australian motorsport folklore.

After a few serious injuries, including the loss of all five toes on his left foot, Beattie retired from the world scene in 1997, but his need for adventure-fuelled adrenaline never waned.

While he enjoys being in the air, his passion for the Australian Outback and his skills on two wheels combined in 2013 and evolved into Daryl Beattie Adventures.

The business is perfect for a Bucket List profile because, like the majority of the world’s population, Beattie cannot wait for everything to get back to ‘normal’ with his operation at a virtual standstill.

His 2020 schedule of tours have been crushed by COVID-19, not only because of the restrictive travel rules between states, but also the major focus on high-risk indigenous communities in the Outback which are on some of his selected tour routes.

The majority of tours are for seven days and all require a good level of riding skill and fitness and all include accommodation, fuel, food, bedding, hot showers and the supply of a Honda CRF450L motorcycle.

While Beattie heads up the rides personally, he has staff, including sweep riders at the tail of the group, servicing guests and their equipment from a massive all terrain support vehicle which would look more at home in the Dakar Rally.

While Beattie offers a tremendous selection of tours, we thought we would concentrate on the one which probably is most attractive to motorsport fans – the Finke Desert tour, which has a price of $5950, including a flight from Brisbane to Birdsville (flight out of Alice Springs, extra).

This trip is limited to nine guests and travels 1300km from Birdsville to Alice Springs, crossing the great Simpson Desert.

The tour takes in some notable spots including Big Red, the Erabena Track, Mokari Airstrip and Mount Dare, but also experiences all aspects of the Finke event, including scrutineering.

The Finke event is a ‘bucket List’ item for many fans by itself, and this tour from Beattie takes all the hassle of organising your own trip, which would simply be a logistical nightmare for the novice.

It also gives you access to a bike, which will allow you to visit so many sections of the Finke course where you can watch the buggies, trucks and bikes in action.

Other seven-day tours include The Madigan line which sees riders head from Ooraminna Station near Alice Springs to the iconic Birdsville Pub and vice versa.

A Cairns to Bamaga ride was inspired by Beattie’s original fishing trip in the Top End more than 20 years ago and offers an incredible variation in scenery and roads including a crossing of the Daintree River.

The longest and toughest tour Beattie was offering in 2020 was a 12-day trip from Wiluna to Halls Creek which covers the incredible remoteness of the Canning Stock Route. This tour is 2000km on one of the world’s toughest tracks.

The originally planned seven-day versions of the Africa Twin tours included tours from Ooraminna to Broome, Broome to Kununurra, Kununurra to Broome and Kununurra to Cairns.

All four tours offer amazingly different landscapes and adventures and are likely to the basis of future offerings.

While many of Beattie’s tours will take you as far from civilisation as you can go, family and friends can track each tour each day via the Live Tour Tracker feature on his website.

Beattie has also managed to continue many of his personal corporate relationships over the years and companies the likes of Honda, Michelin, BFGoodrich, Shannons, Navra and Alpinestars are all suppliers to his business.

While you might not be able to book a tour at the moment, we suggest you head to darylbeattieadventures.com.au and whet your appetite and register your interest in taking a tour when business is virtually ‘back on track’.