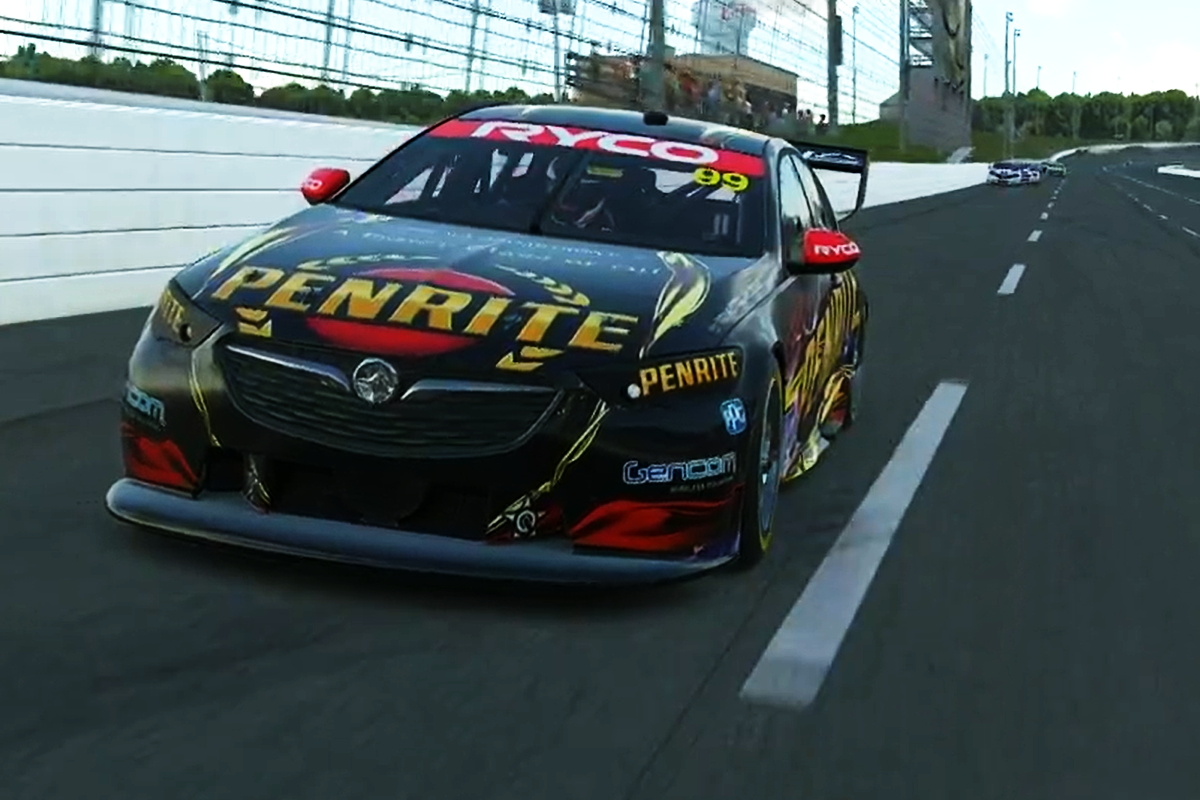 Anton De Pasquale and Shane van Gisbergen have shared the spoils in qualifying for Round 7 of the BP Supercars All Stars Eseries at Charlotte and Daytona respectively.

It was a mixed bag at Charlotte Motor Speedway with Eseries leader Scott McLaughlin bogged down the order in 20th.

Daytona International Speedway saw strategic plays help van Gisbergen get pole position, with the advantage of a tow from team-mate Jamie Whincup on his fastest lap.

There were dramas for McLaughlin again, who was stifled by traffic late in the piece and aborted his final lap.

Qualifying was an all-in 15-minute session.

The benchmark was set by De Pasquale who set a 29.756 on his first flying lap, which was ultimately the best effort of the night.

Todd Hazelwood and Lee Holdsworth were quick early on with the fourth and fifth fastest times.

After the first round of laps, much of the field headed for the pit lane for new tyres.

Van Gisbergen was off the pace initially down in 26th but surged through to third on his first flying lap a third of the way through the session.

Similarly, Eseries leader McLaughlin was bogged down in 17th as the session hit halfway. However, he couldn’t make headway as he continued to cut laps.

Norris hadn’t been near the top 10 until he put in a lap just 0.035s shy of De Pasquale to surge to second.

Meanwhile, McLaughlin was only 21st.

Despite a late flurry of action, there were no major changes at the head of the field.

The Davison brothers were 16th and 17th with Will ahead of Alex. In the end, McLaughlin was 20th with Shell V-Power Racing stable-mate Fabian Coulthard just behind him in 21st.

Shane van Gisbergen has continued his strong run of form in the BP Supercars All Stars Eseries with pole position at Daytona International Speedway.

The session was highlighted by jockeying between drivers for on-track position as some sought to get a slipstream on their respective flying laps.

In the end, it was the Red Bull Holden Racing Team driver who was quickest on a 1:42.412 to edge out Penrite Racing’s De Pasquale and McLaughlin of the Shell V-Power Racing Team.

Mostert was usurped by van Gisbergen as the session hit the eight-minute mark, the Kiwi setting a 1:42.558 though he bettered his benchmark to a 1:42.412.

Pye leapt up the order to fourth as the session edged over the halfway mark. He sat three tenths away from the top time.

In the end, van Gisbergen topped the timesheets. Mostert put in one last lap to go second quickest and 0.141s away from top spot.

Garry Jacobson narrowly missed out on a top 10 start even with a time identical to that of Coulthard’s.

Race 21 of the BP Supercars All Stars Eseries gets underway at 19:10 AEST.