Wolff sees benefits in having Vettel at Mercedes

Wolff sees benefits in having Vettel at Mercedes 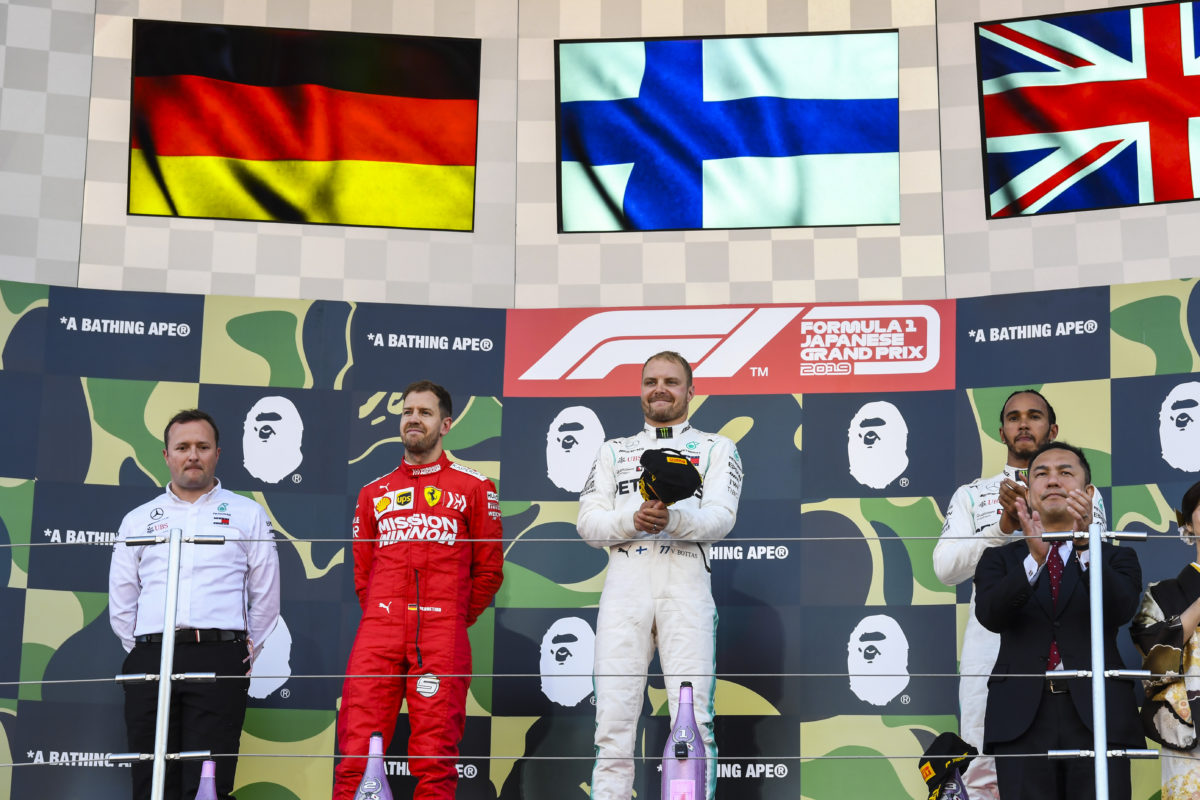 Sebastian Vettel, Valtteri Bottas, and Lewis Hamilton on the podium at the 2019 Japanese Grand Prix

Mercedes Team Principal Toto Wolff believes that there would be benefits in having Sebastian Vettel at the squad but says it will be guided in its decisions by long-term considerations.

The 32-year-old is a free agent beyond 2020 after he leaves Scuderia Ferrari while the Mercedes-AMG Formula One Team is yet to confirm a driver for either of its race seats for 2021.

While Lewis Hamilton has given strong indications that he will stay on with the Silver Arrows, Wolff did not rule out pursuing another multi-time Formula 1 world champion.

“Of course, German drivers in a German vehicle may be a good marketing story, but first and foremost we are only focused on performance,” he told Austrian network ORF.

“And Sebastian is someone who is really good, but it is also about pursuing a long-term strategy here, which we have repeatedly followed in recent years.

“And that’s where we are somewhat on the long leash of Mercedes – they let us make our decisions.”

Mercedes is something of an outlier at the top end of the field in not having locked in any driver for 2021 as yet, with Valtteri Bottas also off-contract.

Wolff, however, noted drawbacks in signing drivers, and therefore potentially casting aside incumbents, so early.

“It is somewhat difficult to manage if you have an entire season with a driver who will be driving for a rival team next year,” he said.

“What do you do with all your innovations and with all the learning you have with the car throughout the year?”

Current Renault F1 Team driver Esteban Ocon is managed by Mercedes but would not be a candidate if comments last year by Cyril Abiteboul are any guide.

Speaking upon Ocon’s signing, the Renault boss stated that, “Mercedes will have absolutely no right on him for the duration of his contract”, which spans at least two years.