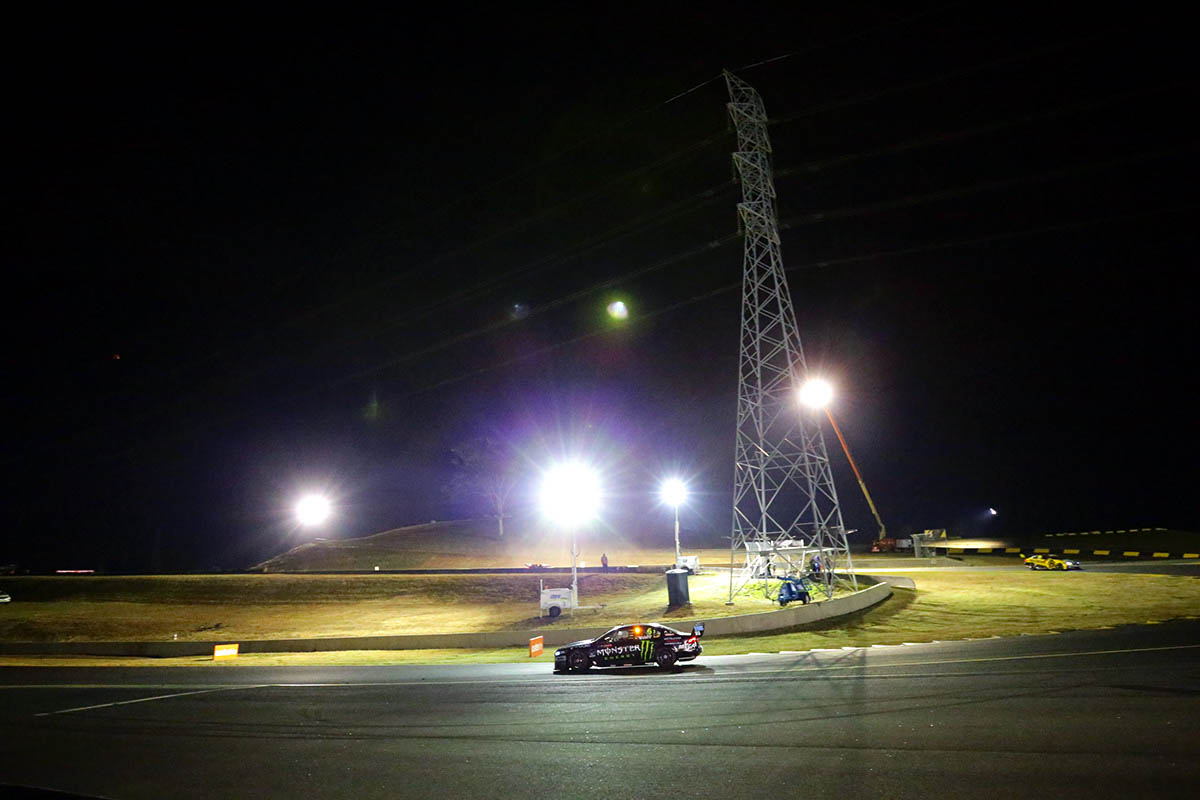 This week Supercars revealed a revised 2020/21 draft calendar, which will see the season resume on June 27-28 at the Western Sydney circuit.

As a result of revisions to the calendar, the Sydney Motorsport Park event has been brought forward from August to June.

That means the night race that was initially planned won’t be able to go ahead as work continues on installing the 138 light towers that line the circuit.

“At the end of the day, our first priority was to get the first race of the season going,” Matthews told Speedcafe.com.

“We’ll work with them now. We’re working with them in terms of having a night race this year, and I guess, watch this space.”

So far upwards of 40 light towers have been installed and Matthews said the circuit is still on target for an August completion date.

Matthews said the circuit owes it to the fans to host the first event under lights with Supercars.

“I watched six go up today at Turn 1,” said Matthews of the light installation.

“We’re certainly still on target to be completed by August so we’d be ready to host a night race any time from then on.”

Changes could still yet be made as Supercars works on advice provided by the State and Federal Government.

“The first thing I’d say is that the schedule’s subject to change, so don’t get hung up on the number of rounds that are shown here,” said Seamer.

“This is a fixed stake in the ground that we can now move forward on.

“We all just need to be flexible around how much racing we can and can’t do over the coming eight months.

“That’s no different to any other sport.”

The Virgin Australia Supercars Championship is set to resume on June 27-28 at Sydney Motorsport Park.