Supercars confident New Zealand round ‘will be achievable’

Supercars confident New Zealand round ‘will be achievable’ 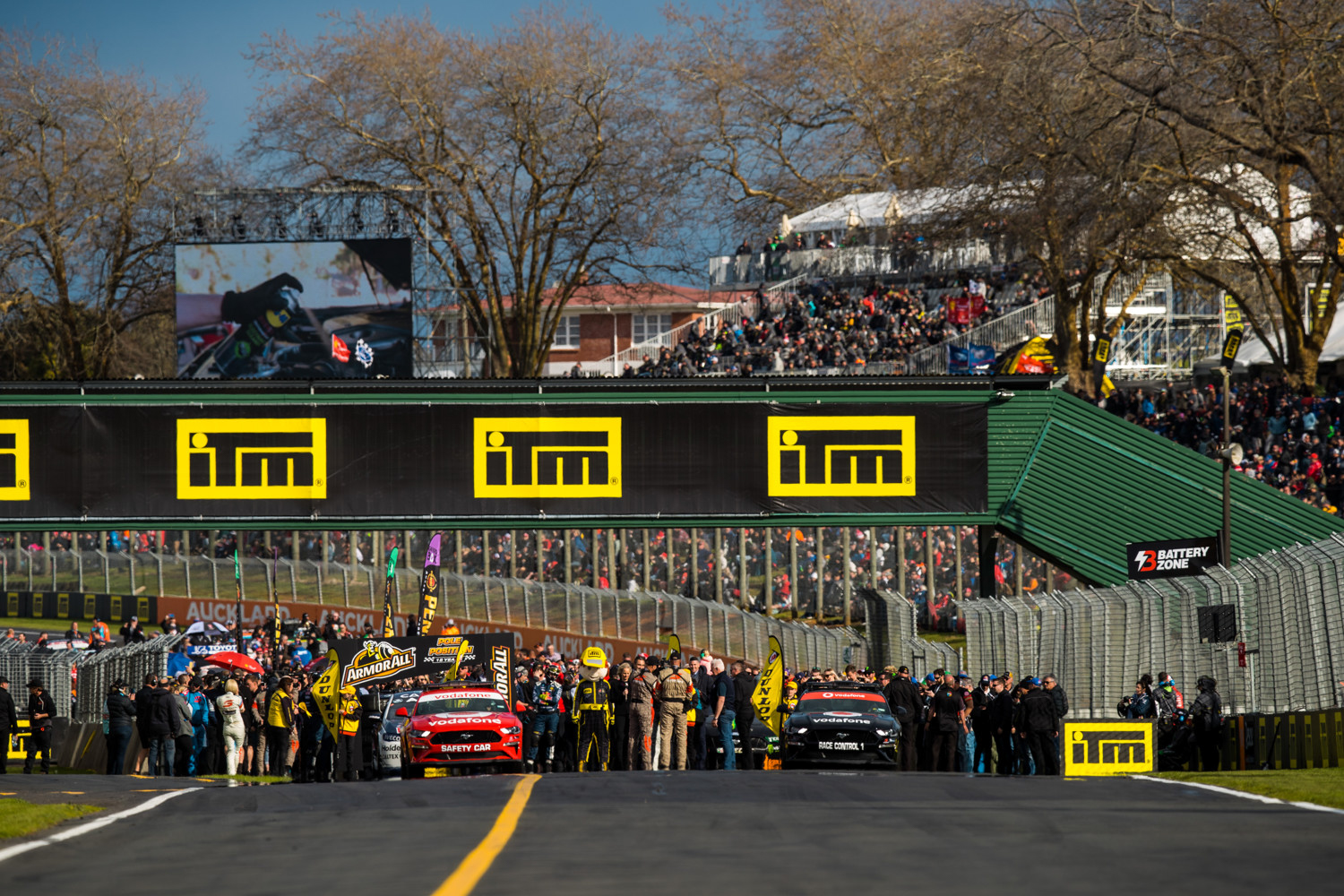 Supercars CEO Sean Seamer is confident a trans-Tasman travel bubble will be established in time for the New Zealand round of the championship next year.

With the release of a newly revised 2020/21 calendar, Supercars confirmed its plans to forge ahead with the overseas round on January 9-10.

As yet there has been no confirmation of when regular trans-Tasman flights might resume this year.

Speaking during a media roundtable teleconference, Seamer said he’s confident a connection between the two countries will be in place in time for next year’s event.

“I think everyone will have seen that there’s been a greater integration between the New Zealand Government and the Australian Government more broadly over the past month,” said Seamer.

“There is a clear priority to get that border open again and to work as trans-Tasman partners and that flows through to that event date that you see there.

“We’re confident based on all of the advice that we’re getting right now, that that date will be achievable.”

As it stands, travel on either side of the Tasman requires a 14-day quarantine period at a designated hotel or managed isolation facility.

As the tourism sector suffers due to the coronavirus pandemic, efforts are being made for trans-Tasman travel to occur without the need for quarantine periods.

Recently there has been a push by the Australian and International Pilots Association (AIPA) and New Zealand Air Line Pilots’ Association (NZALPA) to implement a COVID-safe travel zone.

“Our economies are heavily dependent on tourism and we believe the trans-Tasman bubble represents an important opportunity to boost tourism in both countries.”

While the AIPA and NZALPA push to get a trans-Tasman bubble established as early as next July, there has been no indication it will happen that quickly.

Earlier this month the New Zealand Prime Minister Jacinda Ardern and Australian Prime Minister Scott Morrison agreed in principle that a bubble would be established.

However, Morrison said that relies on State Governments easing interstate travel restrictions as well as the resumption of domestic interstate flights.

“I think the states will reopen,” Sedgwick said on The Today Show.

“The Government has laid out a three-step plan for recovery of the economy more generally and they’re suggesting by the end of July we should have some open borders and domestic travel happening again.

“We certainly call on the states to follow the Federal Government’s guidance in this area and the three-step plan.

“If necessary, if the trans-Tasman bubble can be done successfully then perhaps certain states can open up to New Zealand in the meantime.”

This week Ardern reaffirmed the establishment of a bubble would come when it is safe to do so.

“We want to make sure both countries are in a position to open up our borders to one another, that we’re ready to go,” Ardern told TVNZ’s Breakfast.

“What we’re both waiting for is for us to feel like we’ve got our health response right, that we’ve got the virus under control in both our countries and that we’re not risking spreading to one-another.

“In the meantime, we’re doing work around what our borders should look like and border controls, extra things we can put in place to be doubly sure.

“And then our hope is eventually you’ll see movement between our two countries, even if it’s not happening elsewhere, without quarantine so that you don’t have to go over to the Gold Coast and spend two weeks in quarantine before you can have your holiday.”

Still to be decided is the host of the New Zealand round.

Supercars had been set to race at Hampton Downs Motorsport Park over April 24-26 as part of ANZAC Day weekend commemorations.

The circuit was a late inclusion to the championship after it was found Pukekohe Park couldn’t host a round due to Auckland Council bylaws restricting events on ANZAC Day at the circuit.

However, the coronavirus pandemic has put paid to Supercars racing in New Zealand this year.

The resulting delay has put Pukekohe Park back on the radar and it still remains an option with the venue for the New Zealand round on January 9-10 listed as TBC.