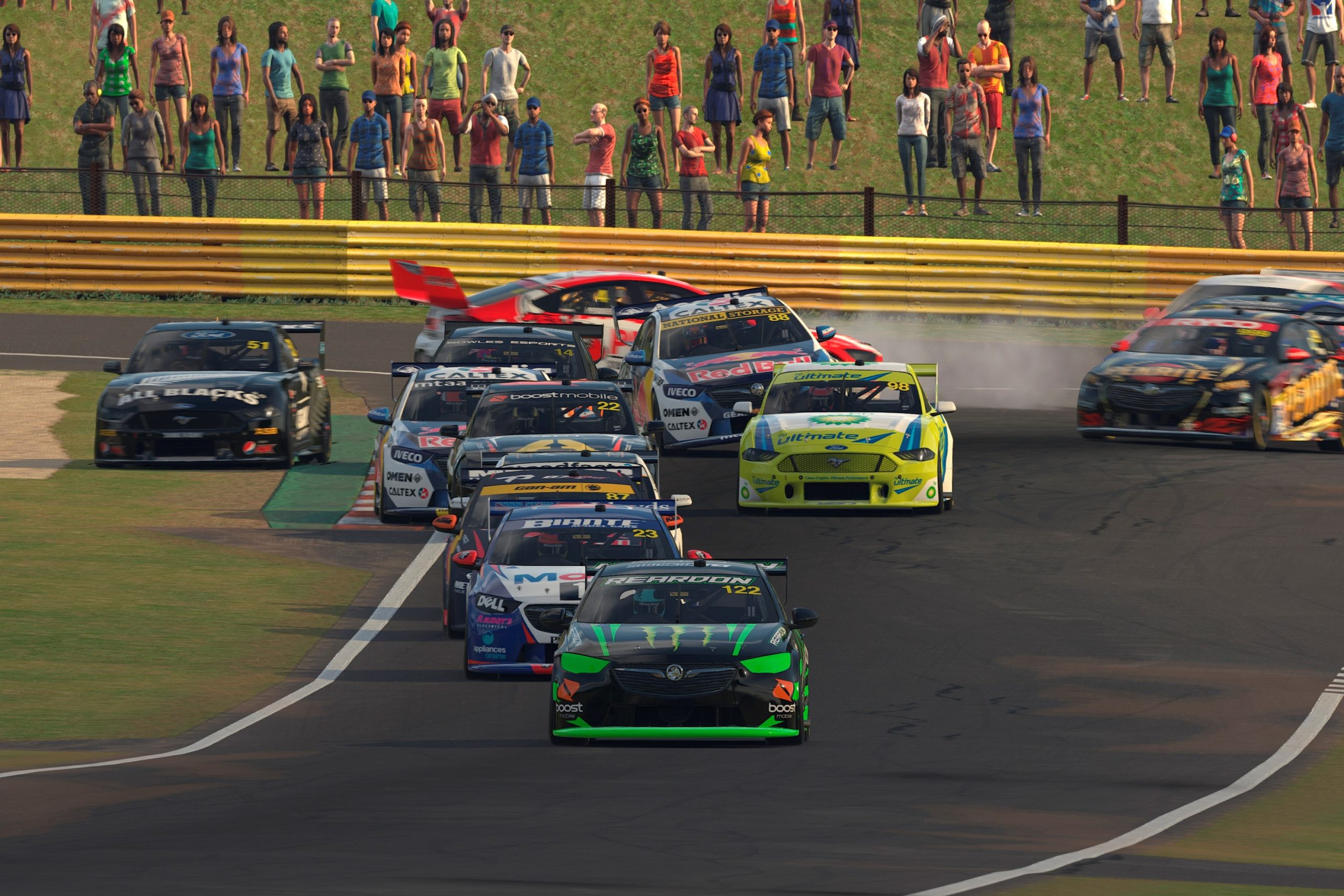 There was carnage in the Supercars Celebrity Erace

A star-studded line-up saw 24 personalities take to the Mount Panorama Motor Racing Circuit for a pair of crash-and-bash nine-lap races.

SuperX and MotoX champion Dan Reardon took the advantage in the opening race of the evening, but crashed after contact with the lapped DJ Carl Cox.

Reardon’s folly allowed Steffensen, a real-world racer in his own right, to surge through.

The second race of the evening was a chaotic affair from the outset.

With parts of the track jammed, the Safety Car was deployed.

Pedder came out the other side of the carnage unscathed and won the race from Blake ‘Bilko’ Williams and Australian cricketer Brad Hodge.

The BP Supercars All Stars Eseries resumes at Daytona International Speedway and Charlotte Motor Speedway on May 20 at 18:00 AEST.