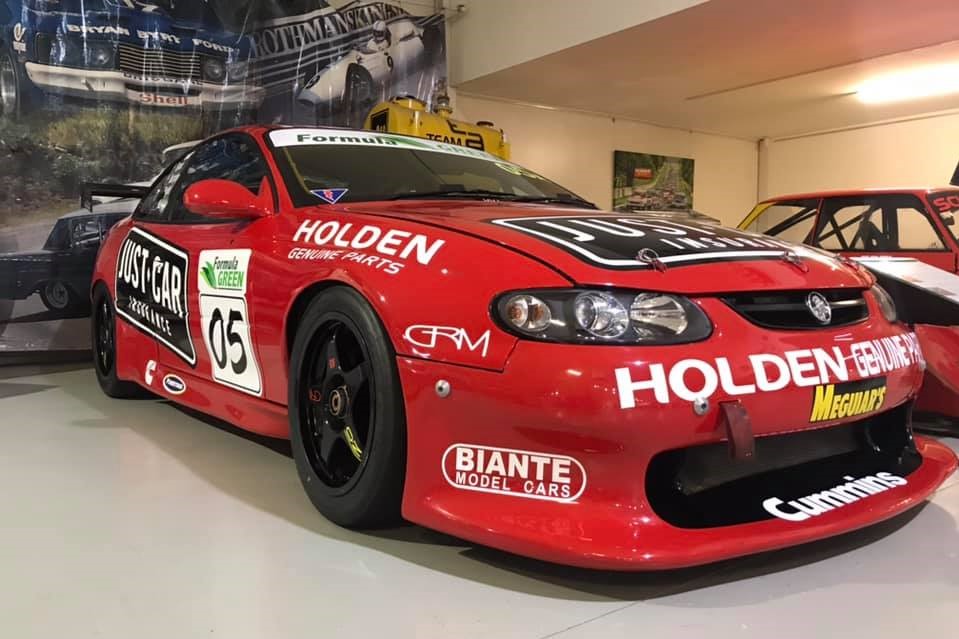 Garry Rogers Motorsport is building a new Holden Monaro, identical to the pair of Bathurst 24 Hour winners, which Garry Rogers himself will drive at November’s Bathurst International.

GRM ran the 427C-spec Monaros for Holden in the Nations Cup and the only two twice-around-the-clock enduros to have been held at Mount Panorama.

A chassis was also built up for James Brock and another was to come for GRM’s team owner to race before Procar Australia was shut down in 2004, taking the Nations Cup with it.

Rogers will finally get to drive one due to an alignment of circumstances, including the COVID-19 pandemic and the Holden Bathurst Revival demonstration sessions which the Australian Racing Group will put on at the inaugural International.

“We had a skeleton staff back there, we were tidying up somethings, throwing some gear out, just getting a bit more organised, and we came across all that (unused Monaro parts),” team Director Barry Rogers told Speedcafe.com.

“It reminded (Garry) that back in the day they were going to build another one, (and he said) ‘We’ve got a fair bit of gear here, so let’s get into it.’

“Obviously it falls into place and the fact that that event’s happening in November.

“Let’s hope, by then, we can have some crowds and people can come out and enjoy it.”

The car will be built from a shell that was originally sold to a customer in Western Australia and has now returned to GRM.

“There’s a fellow in Perth that has bought a bit of stuff off us over the years and who we’ve become quite friendly with,” explained Barry Rogers.

“He bought a 427 engine off us back in the day, I think it was 2003, and when Garry was thinking about it, he said, ‘I reckon Mario’s got a new shell there that he bought years ago; I wonder if he’s still got it.’

“He rang Mario and he had the brand-new Monaro shell there, so he’s shipped it across to us and it’s sitting at work and we’re going to build a new car, so the last new Holden’s going to come out of GRM; there it goes.” 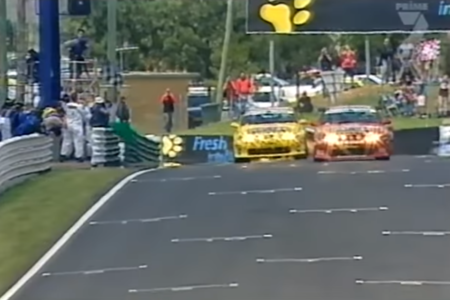 The Monaros take a form finish in the 2003 Bathurst 24 Hour pic: Prime Television

The new 427C will be of the same specification as the originals, with GRM’s ‘yellow Monaro’ today making an early return from an exhibition at the National Motor Racing Museum to serve as a reference for the project.

“It’d be the exact specification of both the one that (Nathan) Pretty drove (yellow) and the one that (Peter) Brock (‘red Monaro’) drove,” confirmed Barry Rogers.

“We’ve got a lot of stuff there but we don’t quite have everything we need, but Garry’s been onto Ron Harrop and he’s still got all the drawings and bits and pieces for that so he’s going to get them made for us.

“We spoke to Hollinger, they’re going to build the exact gearbox that they ran with back at the time – they built the ones back then for us – so it’ll be good.

“Every nut and bolt, you’ll be able to put that one next to the yellow one and you look at them and they’ll be the same.

“Garry’ll finally get his Monaro.”

The yellow Monaro will return to the museum when its youngest sister car makes its Bathurst debut at the November 13-15 meeting.

In 2003, they finished second to the red Monaro quartet of Brock, Greg Murphy, Todd Kelly, and Jason Bright, with both cars racking up 527 laps.