Brown: Alonso a ‘no-brainer’ for Renault

Brown: Alonso a ‘no-brainer’ for Renault 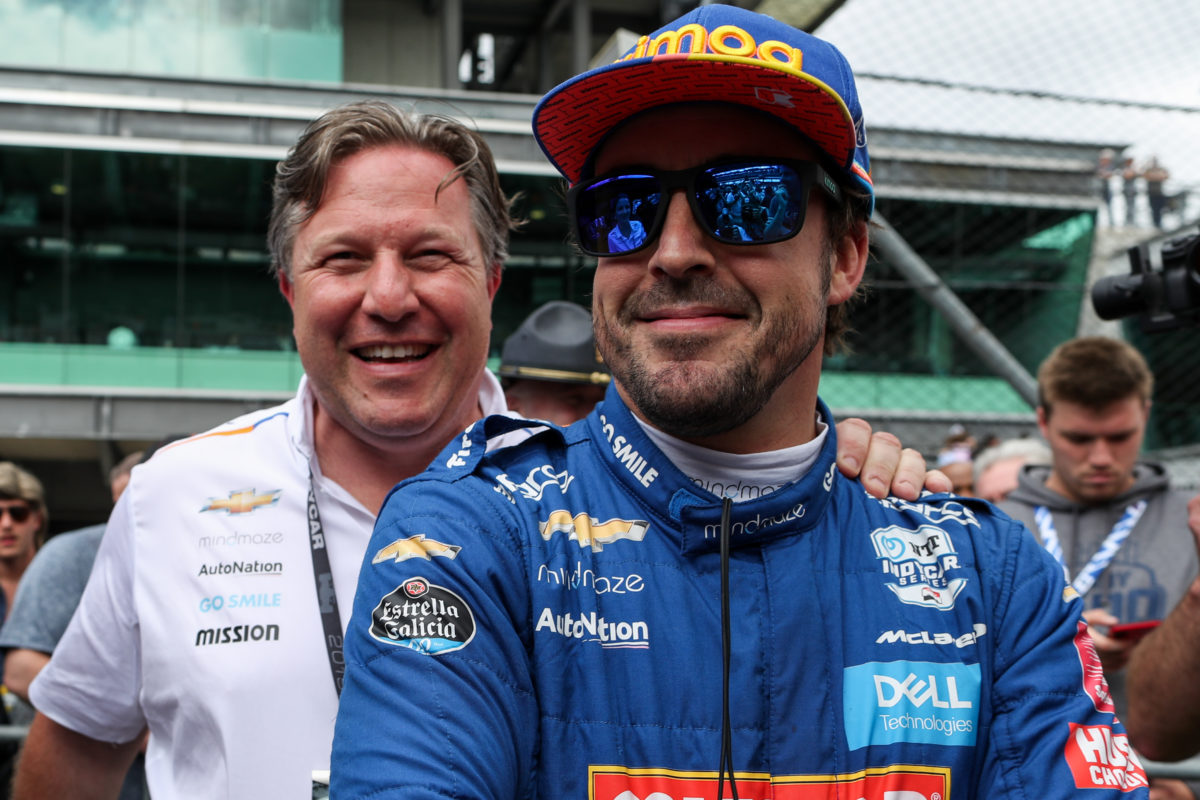 Zak Brown says that signing Fernando Alonso would be a ‘no-brainer’ proposition for Renault.

The Brown-led McLaren F1 Team has finalised its line-up for 2021 with Daniel Ricciardo joining Lando Norris as a replacement for the Ferrari-bound Carlos Sainz.

Ricciardo’s move has created a vacancy at the Renault F1 Team, with which Alonso won the world championship in 2005 and 2006.

The Spaniard has not raced in Formula 1 since he left McLaren at the end of 2018 and while he is no longer an ambassador for the organisation, he is back in the fold by way of his deal to drive the third McLaren SP entry at this year’s Indianapolis 500.

“I spoke with (Alonso) the other day and I was kinda poking around,” Brown told Sky Sports F1.

“I think he’s undecided, and if I was running Renault, that’s who I’d put in the car; big name, fast as anyone, won two championships with them, so he’s got history.

“So, from a Renault perspective I think he’s a bit of a no-brainer to put in.”

McLaren ended up fourth in last year’s constructors’ championship, one spot up on the factory squad of Renault, its engine supplier.

Alonso, however, endured a frustrating four-year stint with the Woking squad before departing F1, and finished a grand prix in the top five only once in the latter two of those seasons.

Brown believes that the 38-year-old can only be convinced to return if he is confident that Renault can also re-establish itself as a genuine contender for victories.

“But (the question is) whether Fernando wants to get back to 22 races with a car that doesn’t look like it’s capable of winning yet,” said the McLaren CEO.

“Given Fernando’s stature, what would get him to jump at a seat is if he thinks he can be at the top of the podium.

“Given that (Renault is) at the similar journey back to the front – and I think they’ll get there; they’re a great team, great resources, great company they’ve been there, done that before – I don’t know if Fernando has the appetite to go on a three-year journey versus getting in a car (in which) he can win in, in 2021.”

Alonso started this week stating that “for now I am focusing on the highest level of motorsport, I have an idea in mind,” while his manager, Flavio Briatore, also played up the idea of an F1 comeback.