Alonso now ‘focusing on the highest level of motorsport’

Alonso now ‘focusing on the highest level of motorsport’ 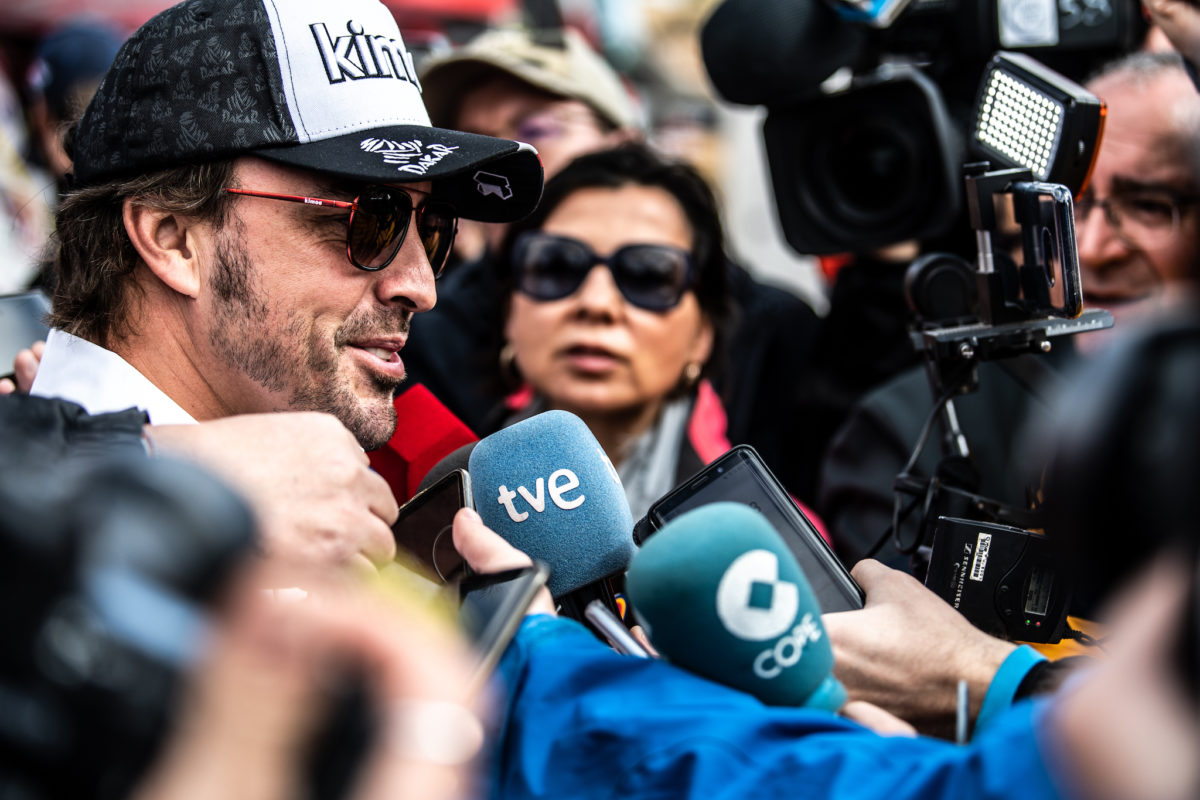 Fernando Alonso has declared that he is now “focusing on the highest level of motorsport” amid suggestions he will return to Formula 1 and Renault.

Alonso’s name has been raised as a possible replacement for McLaren-bound Daniel Ricciardo at the Renault F1 Team, and Spanish sports newspaper Marca claims that talks are underway.

He dovetailed that campaign with a drive in the World Endurance Championship with Toyota which yielded the title and two 24 Hours of Le Mans wins.

Alonso stayed with Toyota for Dakar 2020, finishing 13th overall in a Hilux, and is due for a third tilt at the Indianapolis 500, with McLaren SP.

Despite recently ruling out contesting a full IndyCar season, he referred to the North American series, as well as F1, as a potential “next challenge” in a speech at the Real Madrid University.

“My next challenge will be at the top level of motorsport, be that Formula 1, endurance racing or IndyCar,” stated the Spaniard.

“The search for challenges is something that I’ve been considering since the end of 2019, when I made the decision to take part in the Dakar rally, it was a flip of a coin, but it’s an experience I will repeat in the future.

Alonso’s comments coincide with similar remarks from his manager, Flavio Briatore, who played up the notion of an F1 comeback after a ‘detox’ year.

“A year out of Formula 1 has done him good. He has detoxed himself and I see him more serene and ready to return.”

The vacancy at Renault has arisen as part of a chain reaction caused by Sebastian Vettel’s exit from Scuderia Ferrari, which has replaced the German with current McLaren F1 Team driver Carlos Sainz.

Briatore, who was also Alonso’s Team Principal at Renault during the championship years, likened the Ferrari situation to that which his driver was involved in at McLaren in 2007.

Alonso’s first, single-year stint at the Woking outfit coincided with Lewis Hamilton’s rookie season, when they each ultimately fell a point short of Kimi Raikkonen in the title race.

“In F1 it has always been about having the winning recipe,” said Briatore.

“You must have one driver who is focused on the world championship and the other who collects big points, snatching them from rivals.

“Vettel paid for the fact that a very fast boy arrived at the team. It surprised him and the team, as happened at McLaren with Lewis Hamilton.

“Two drivers at the same level in a team eventually risk taking points off each other.”

The Italian reasoned that Ferrari’s move to replace Vettel with Sainz is proof of his argument, and Maranello anointing Charles Leclerc as its lead driver.

“(Sainz) is a good driver, and he had a good championship in 2019 if we consider the car he had available,” opined Briatore.

“The situation seems clear to me: Ferrari is betting everything on Leclerc and it is good because, as I had the opportunity to say last year, he is a future star. Similarities with Alonso and (Michael) Schumacher? You can see the good drivers right away.

“I remember well the numbers that Michael did, even if he was still very young, with Benetton. There were also the calls from Giancarlo Minardi to tell me about the young Alonso.

“You understand immediately if one is special, and Charles is.”