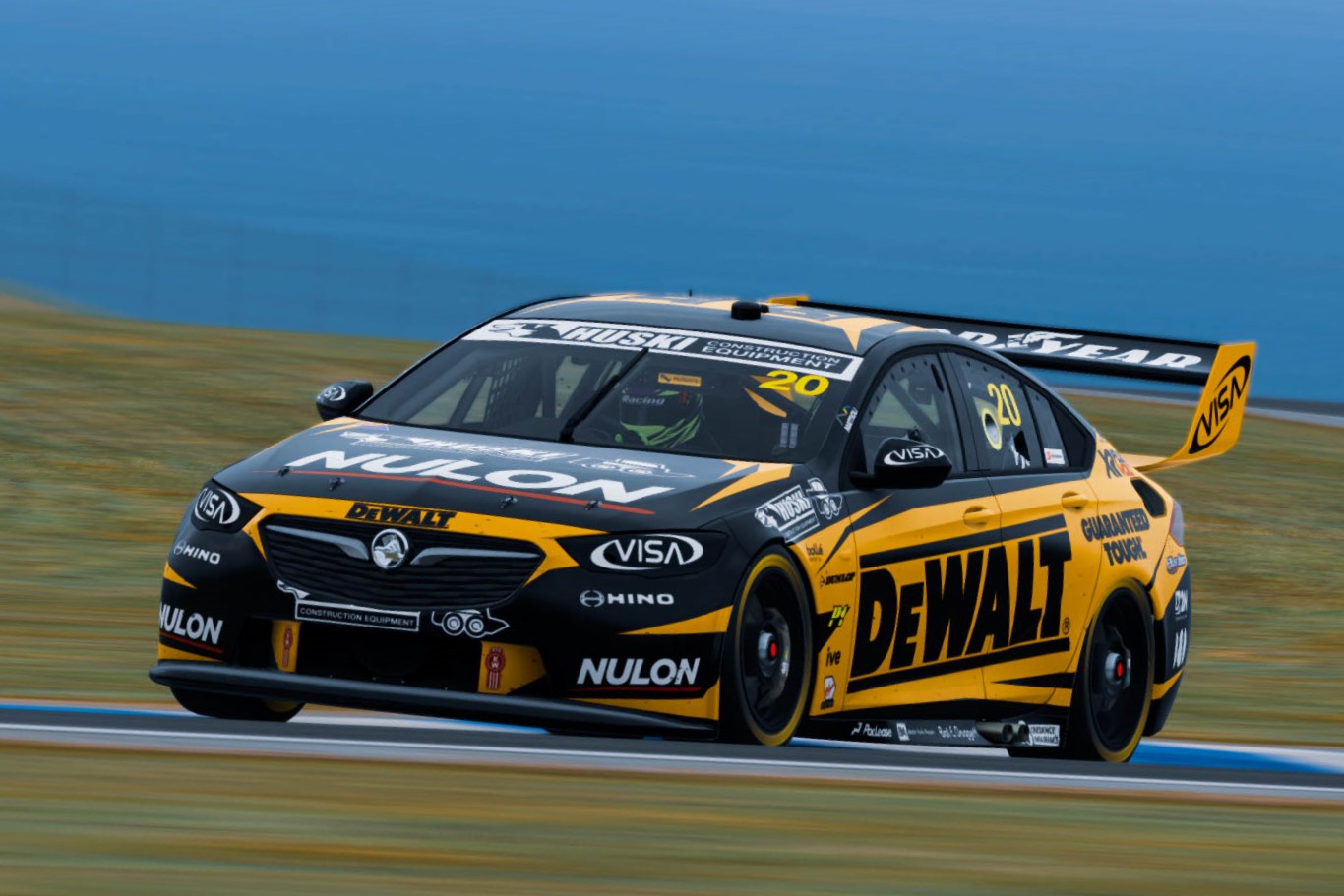 DeWalt Racing driver Scott Pye has praised Supercars for its Eseries efforts to keep fans engaged during the coronavirus-induced break.

By the beginning of June, Pye and the full Virgin Australia Supercars Championship will have had 10 successive weeks of online racing in the BP Supercars All Stars Eseries.

The 30-year-old said he’s enjoyed engaging with fans, consistently streaming his races for up to 10 hours a night.

Pye has regularly hung around after the completion of the Supercars Eseries events to host Q&A sessions.

“I’ve had a blast with all my streaming,” said Pye.

“Something that’s blown me away has been the engagement in the Eseries.

“So for me the engagement from the fans and the support they have shown us and the category to still get behind it knowing that it’s not an ideal situation is great.

“The fans still love seeing their drivers and teams participating in some form of racing.

“I’ve had a blast, I’ve not had this much interaction with the fans before and everyone has been really supportive.

“Online racing is something I’ll probably continue to do as well now so it’s changed the way I’ll probably do things in the future.

“I think the category has done an amazing job to still put something on that’s been quality and give our fans something they can enjoy when no other sport could really do anything similar.”

Pye welcomed the release of a revised 2020/21 Virgin Australia Supercars Championship calendar, which will see the drivers back on track on June 27-28 at Sydney Motorsport Park.

The championship will comprise 13 rounds in total and is set to conclude in 2021 at the Mount Panorama Motor Racing Circuit.

“I’m excited to go back to racing,” said Pye.

“The Eseries has proven that people are loving watching the racing even though they can’t attend the events and when it’s the real thing it’s going to be even better.”

“We’re really excited. We all wanted a date that we could come back to. That’s what we’ve been waiting for,” said Winterbottom.

“Now that there’s a date and a venue you can kind of see that it’s all coming to an end which is good.

“The Eseries has been a good filler but doesn’t satisfy you in the way that the real thing does.

“We’ve been counting down and now, what are we, just over a month away, it’s gonna come around pretty quick.

“Now got to get back into the groove of it and back into some routine with the team so that in five weeks time you’re ready to roll.

“It’s great that the sponsors have stuck by us.

“Obviously it’s been tough for everyone but they have all been counting down the days to go racing.