Courtney on verge of full-time Supercars return with Boost

Courtney on verge of full-time Supercars return with Boost 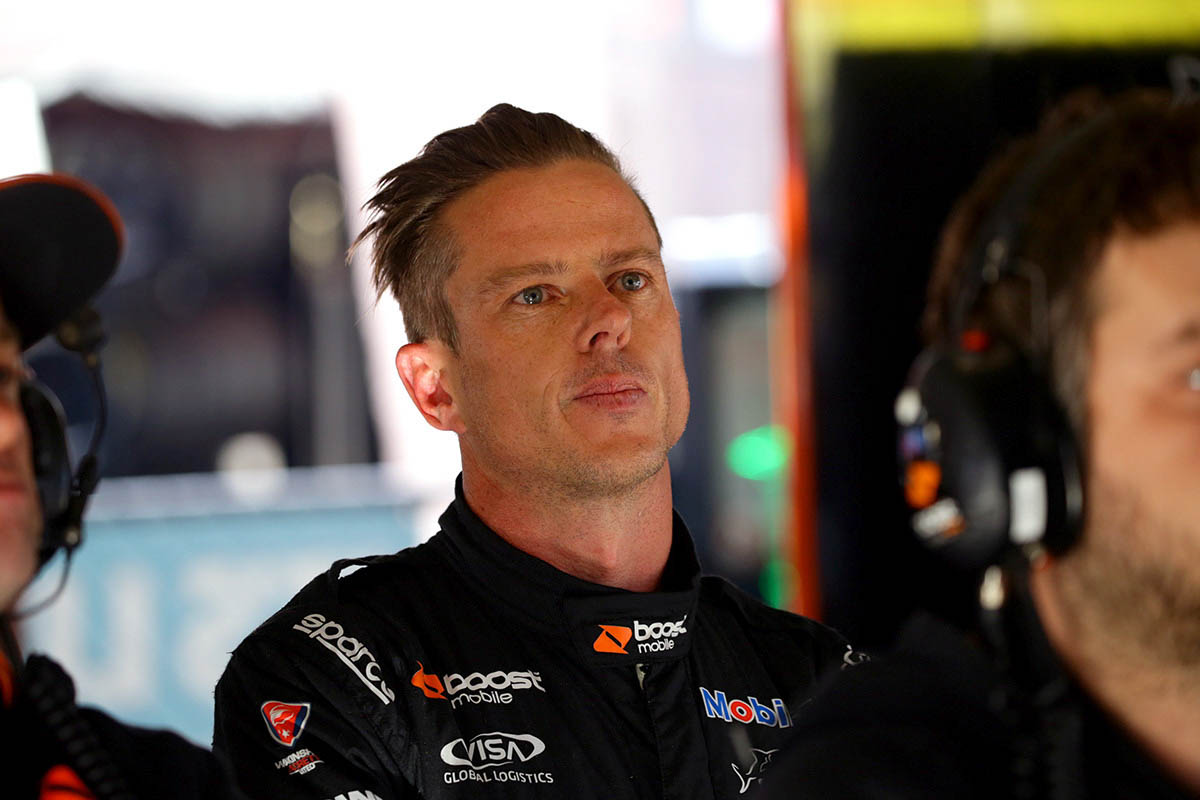 James Courtney looks set for a return to the Supercars grid with Boost Mobile backing as Peter Adderton signals his hopes to acquire a Racing Entitlements Contract.

With news that 23Red Racing is set to depart the Virgin Australia Supercars Championship imminently, Speedcafe.com understands Adderton is interested in filling the space on the grid left by the team.

Earlier this month Courtney indicated opportunities might be forthcoming soon and that he was in a ‘good position’ for a return to the championship.

After a one-off drive in the BP Supercars All Stars Eseries – his first appearance in the Supercars scene since the season-opening Adelaide 500 – the 39-year-old said he hoped it would be ‘the start of us announcing and getting all of that stuff out’.

Earlier this year Courtney joined Team Sydney for what was to be a full-time drive with the team.

Following the Adelaide 500, the 2010 champion split with Team Sydney citing a disagreement between the two parties.

Courtney has since confirmed he has had discussions with several teams, the most significant step towards a return being a possible wildcard with Erebus Motorsport.

Speaking with Speedcafe.com, primary sponsor Peter Adderton of Boost Mobile said he is interested in purchasing a Racing Entitlements Contract (REC) to get Courtney on the grid.

“I’ve always loved running a team and being a part-owner in a team.

“I would love to buy a REC. I think we’re in probably the best position now to buy a REC and I think the RECs have become reasonably priced.

“We are supporting James, we said that we’d support James this year,” he added.

“He’s been a long-time ambassador of ours.

“I remember him being a 15- or 16-year-old kid coming in and seeing me before he went off to Europe.

“We’ve said that we’ll support James this year and we’d like to see James on the grid as soon as possible.

“We’re committed to supporting James if the right deal is there.”

Details of a possible Erebus Motorsport wildcard emerged during the ill-fated Melbourne 400 and were expanded upon by team boss Barry Ryan who said Courtney could be an asset in the team’s growth.

This week Adderton said a possible wildcard entry with the Melbourne-based team is still on their radar.

However, it is understood Adderton is in line to take over the Phil Munday-owned Racing Entitlements Contract.

“This has basically been driven around keeping James in the sport,” Adderton explained.

“I don’t think Supercars wants him to go and I know Barry doesn’t want him to go, so he wants to see him in a car.

“We’re waiting to see. There’s discussions going with Barry at Erebus, as he made public himself.

“We’ve got discussions going with other teams that it’s all driven around James and making sure he’s in a car this year.”

Earlier this week Alan Gow said on the V8 Sleuth podcast that he believes it won’t be long before Courtney is back racing in Supercars.

Until last year, Gow was Courtney’s manager for 20 years.

“I’m sure we will see him back in Supercars when the season restarts,” said Gow.

“But that’s to be announced at another time.”

Confirmation of Courtney and Boost’s plans are expected to be made soon.