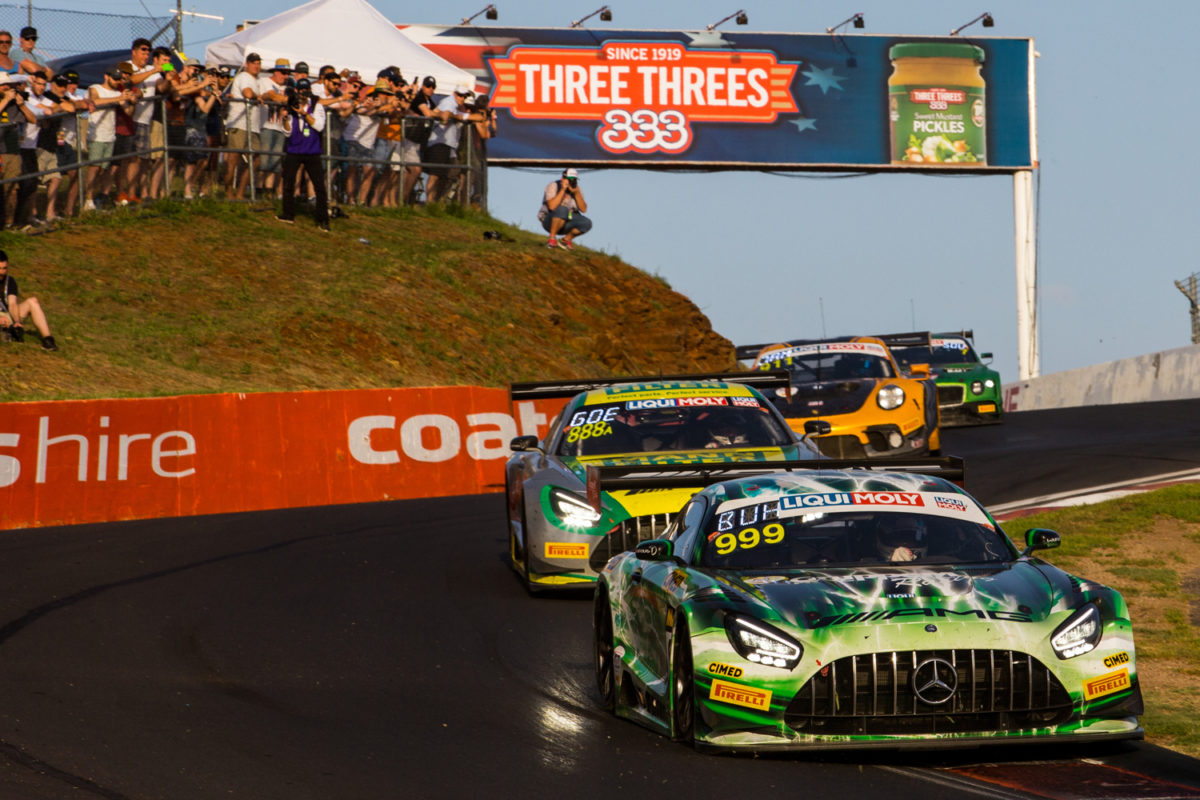 The 2021 Bathurst 12 Hour is expected to be cancelled

The 2021 Bathurst 12 Hour is set to be replaced in favour of a second Supercars event at Mount Panorama as part of a rejigged 2020 calendar.

Speedcafe.com understands a heavily revised calendar will see the Virgin Australia Supercars season end at Bathurst for the first time in two decades.

The event will not necessarily be held on the 12 Hour’s traditional February date as the sport looks to restart following the outbreak of COVID-19.

Other events are also expected to be impacted, with Gold Coast and Newcastle expected to be absent in 2020 while Townsville will be held behind closed doors.

The Bathurst 12 Hour has been a staple of the Australian motorsport calendar since its reintroduction in 2007.

In 2011 the event moved away from production cars to a GT format and since 2016 has formed part of the Intercontinental GT Challenge.

Question marks surrounding international travel and logistics are understood to have complicated planning for next year’s event.

With Supercars contractually bound to host its season finale in New South Wales, it is believed to have replaced the Newcastle event with a second appearance at Bathurst.

Legislation surrounding Mount Panorama limits the venue to five full circuit closures a year, with Supercars holding the rights to run two of them; the Supercheap Auto Bathurst 1000 and Bathurst 12 Hour.

Supercars acquired the rights to the 12 Hour from Yeehah Events in 2015.

Mount Panorama last hosted a sprint format Australian Touring Car Championship round in 1996 at a time when the Bathurst 1000 was still a non-championship event.

On that occasion, John Bowe claimed the round win driving a Ford Falcon EL for Dick Johnson Racing.

An amended Supercars calendar is expected to be released in coming days outlining a number of significant changes to the original schedule.