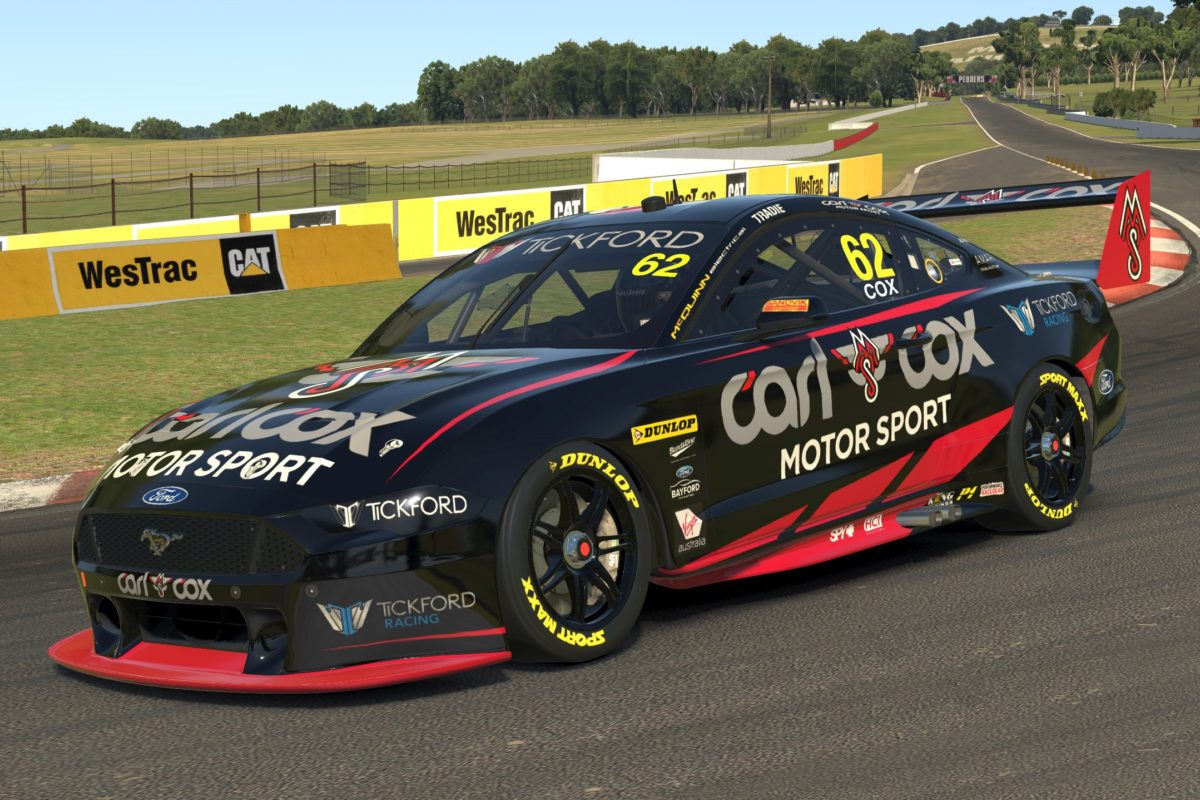 The virtual Ford Mustang Supercar which Carl Cox will race

Cox will race a Ford Mustang around Mount Panorama against a host of stars from the wider sporting world with the support of Tickford Racing.

“I am absolutely delighted to be joining the Supercars Celebrity eSeries next week,” said the Melbourne-based Brit.

“Like most people I’ve spent a lot of time at home in recent weeks. I’ve been playing a lot of my music at home but it will certainly be great to do something different and get to race with so many other big names in sport and entertainment.”

Carl Cox Motorsport is predominantly involved in motorcycle and side car racing but last year became a backer of the #6 Monster Energy Mustang driven by Cameron Waters.

Cox himself has experience in drag racing and is also the owner of three Mustangs which have gone through Tickford.

He took delivery earlier this month of a brand-new Trans-Am example and has had two other Mustangs upgraded by the Campbellfield operation, including the job to turn one into a Bathurst 77 Special.

“Much like music, racing and cars are in my blood, so while this will be a very different kind of racing than I am used to, I am so excited to get going,” added Cox.

“I’ve loved driving my Tickford Mustangs I have at home, and I don’t think they’d let me drive one of their real Mustang Supercars so this might be as close as I can get to the real thing and I cannot wait.”

Team Principal/CEO Tim Edwards added, “Carl has been involved with the company for a few years now and is always a pleasure to have around, so when the Celebrity Eseries concept came about he was the first person to spring to mind for us.

“He’s very much a racer so we’re thrilled to help him have a crack in a virtual Supercar.

“Monday should be pretty entertaining and we’re looking forward to seeing the Carl Cox Motorsport Mustang out on track.”

The Supercars Celebrity Eseries event takes place next Monday (May 18) at 19:00 AEST. 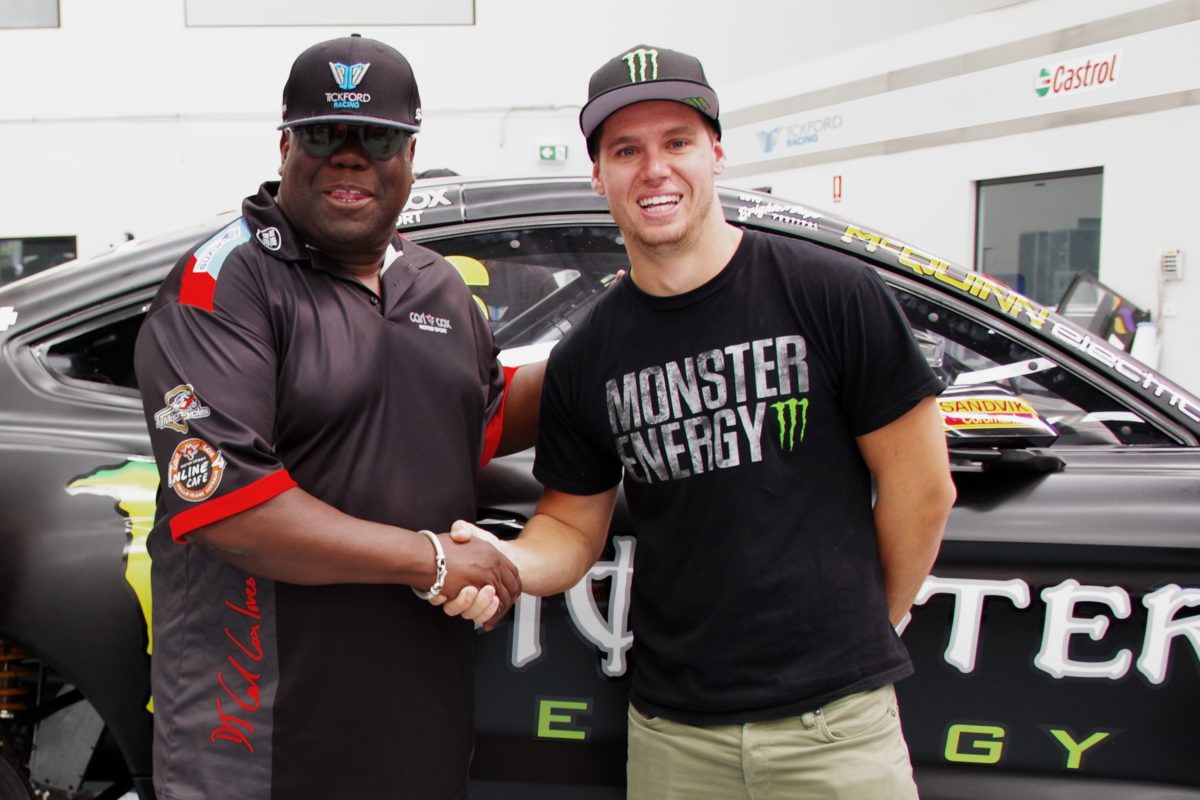 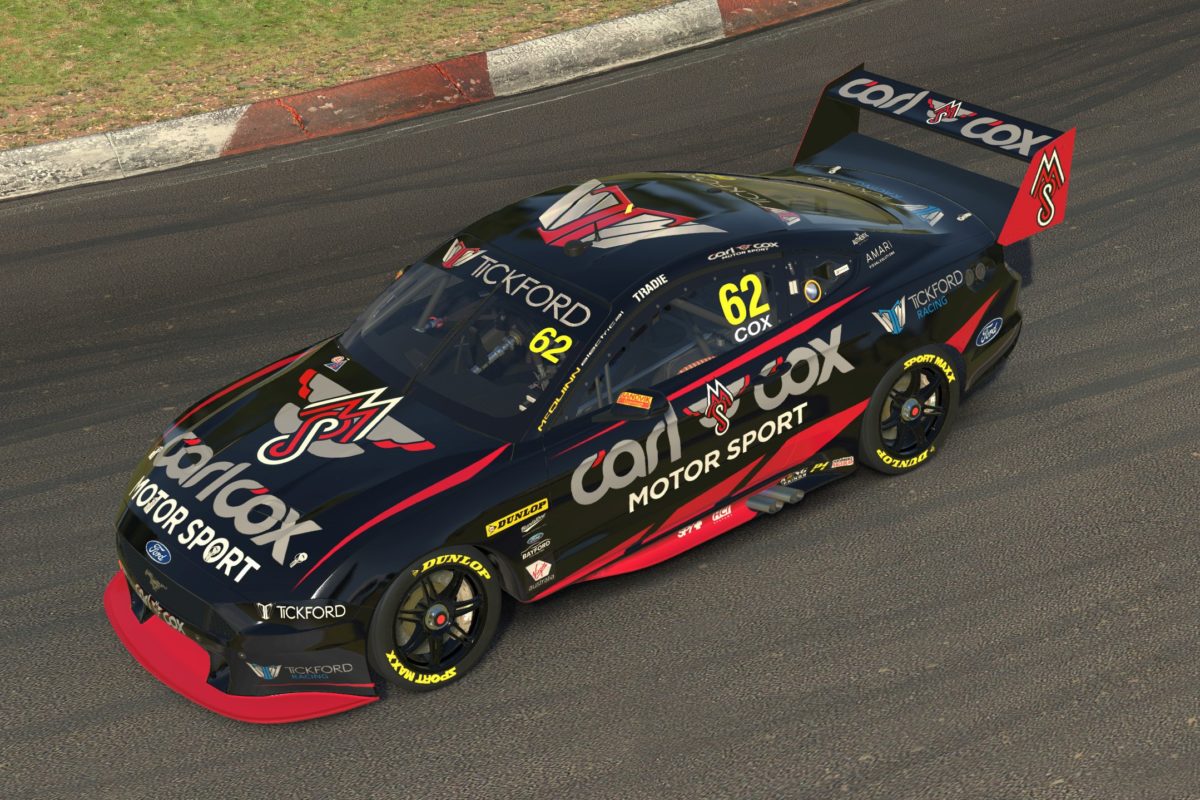