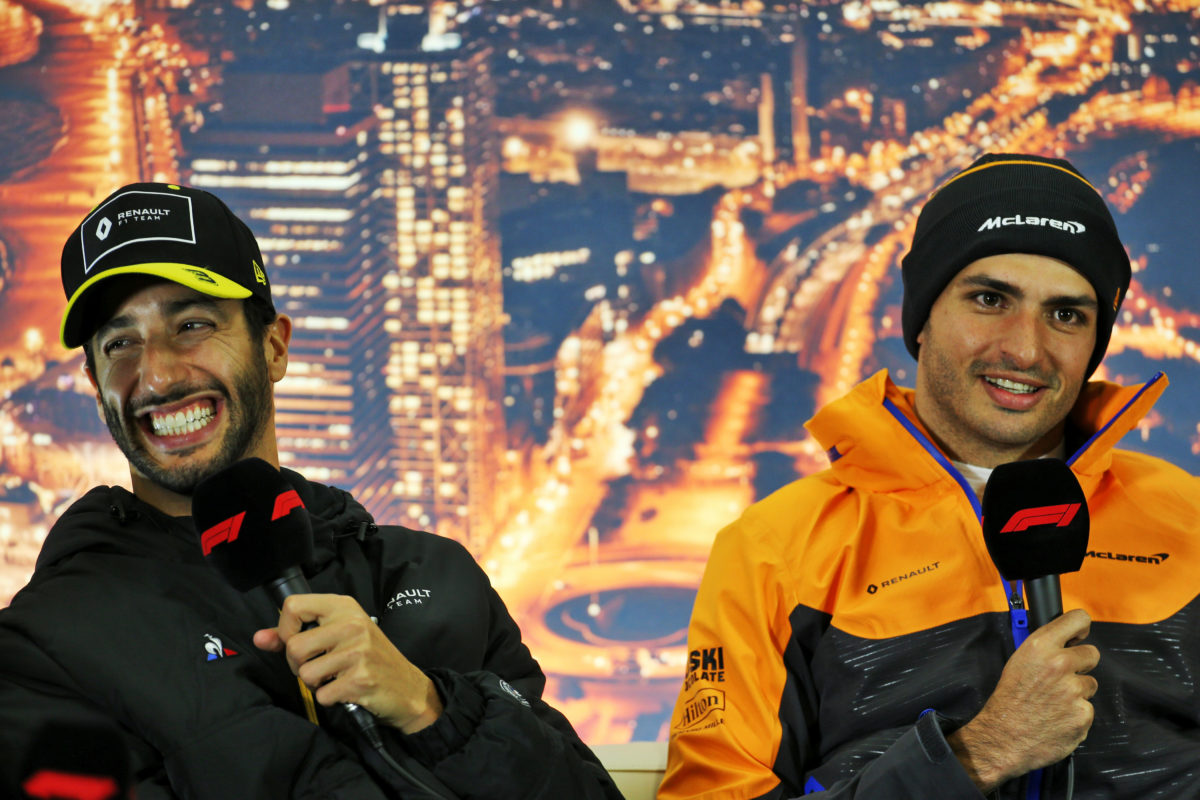 The domino effect of Sebastian Vettel’s departure from Ferrari has seen Daniel Ricciardo linked with a move to McLaren.

Earlier this week it was confirmed that Vettel would not continue with Ferrari when his contract ends following the 2020 season.

Though Ricciardo has been tipped as a possible replacement, McLaren’s Carlos Sainz has emerged as the most likely candidate.

Such a move would in turn create an opportunity at McLaren.

Ricciardo came close to joining McLaren for 2019, holding discussions with the squad before electing to move to Renault.

Behind the scenes McLaren has made a number of key appointments, including Andreas Seidl as Team Principal.

There has also been investment off track with a new simulator, while the squad will switch from Renault to Mercedes power for 2021.

A combination of those factors has seen an upturn in performance, culminating with the team beating Renault to fourth in last year’s constructors’ title despite using customer engines.

Renault team boss Cyril Abiteboul has previously said contract negotiations typically begin “around May and June,” and that both the team and Ricciardo had a “shared appetite”.

For his part, Ricciardo has remained silent on his current situation.

Last month he admitted he’d “never say never” on a possible return to Red Bull but has made no other statements to suggest what decision he might make.

Aside from Vettel, a host of others on the current F1 grid including Lewis Hamilton, Valtteri Bottas, and Alexander Albon are out of contract at the end of the season.

In the case of Mercedes, it is expected both Hamilton and Bottas will be renewed.