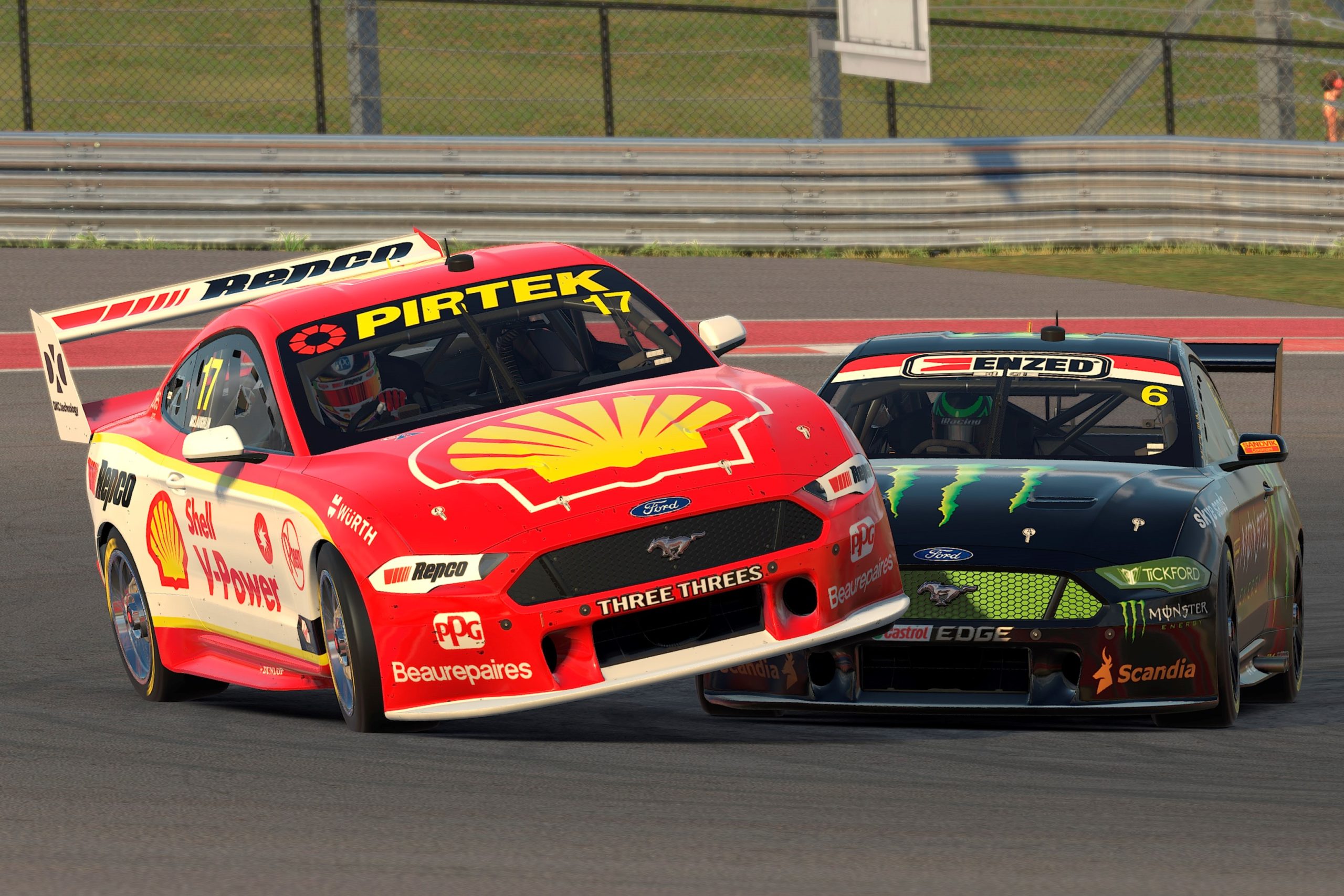 A penalty for contact with Scott McLaughlin curtailed Cameron Waters’ hopes of back-to-back podiums in Round 6 of the BP Supercars All Stars Eseries.

A collision in the opening race of the night at Circuit of The Americas with Walkinshaw Andretti United wildcard Lando Norris resulted in a lowly 21st place finish in Race 18.

At the time, Waters had been in contention for a top five finish but damage to his car relegated him to the rear of the field.

Norris was duly handed a drive-through penalty for the incident and fell to 16th, but fell further back to put himself in a better starting position for the subsequent reverse grid race.

Race 19 was a smoother affair with the reverse grid order putting Waters 12th at the start of the second straight eight-lap race.

Waters was able to come through the field to finish second just behind eventual winner Norris.

Trouble struck again in Race 20, the third race of the night.

Just after the second round of pit stops were completed, Waters exited the pit lane and failed to make the Turn 1 apex, colliding with Shell V-Power Racing Team driver Scott McLaughlin.

Waters was subsequently told to relinquish the place and ceded position to the two-time Supercars champion.

That gave McLaughlin third place, Waters unable to fight back.

“I got taken out by Lando (Norris) in race one which was unfortunate, but had a good reverse grid race which gave me a good starting position for the last one,” said Waters.

“The last race was going well until Scotty (McLaughlin) tried to outbrake me around the outside after my pit stop.

“I went deep but Scotty turned in, I felt like I got it stopped and he spun himself, but I ended up with a penalty from the stewards.

“I had to readdress the spot on the last lap which I don’t agree with, but it is what it is.

“Decent points tonight and we’ll move on to next week.”

The BP Supercars All Stars Eseries continues on May 20 at Daytona International Speedway and Charlotte Motor Speedway.