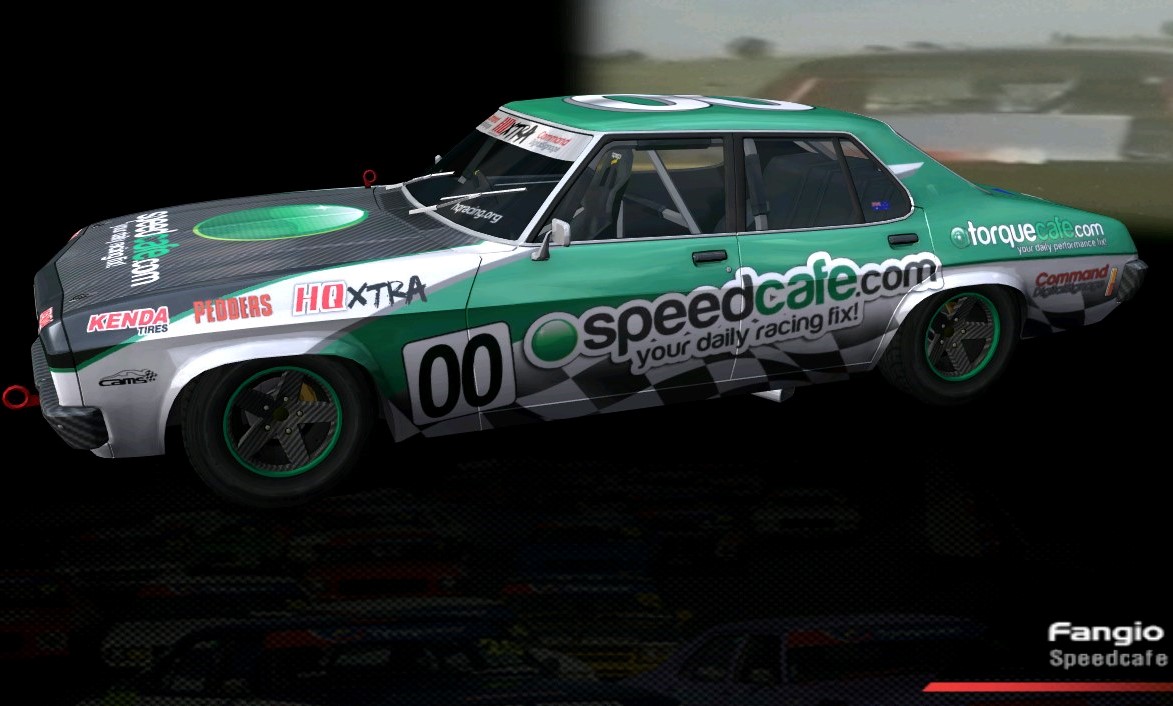 Ian McLean will drive a Speedcafe.com-liveried HQ in the eseries which he has helped form

A sim racing series for HQ Holdens will kick off tonight to tide competitors over during the suspension of real world racing.

The HQ Xtra Eseries is the work of ‘HQ Xtra’, itself an initiative of a band of current competitors which has formed to help promote the category.

In addition to the regular online shows which it produces, it has organised a nine-round racing series which will run on the rFactor platform.

According to Ian McLean, one of the key figures behind HQ Xtra, the eseries will draw 50 competitors in close re-creations of the real world Holdens.

“We resurrected a platform which is called rFactor, which has been around for quite some time,” he told Speedcafe.com.

“There was, in that original guise, a mod that had HQ Holden race cars in it (with) full relevance, basically; three-speed gearboxes, six-cylinder motors, ride height, tyre deg, everything, done to an HQ Holden.

“With this (COVID-19 pandemic) going on, we took a massive leap to try and make that possible now.

“We ended up getting a designer involved and they have created a brand-new, current livery set for literally 40 cars because we’ve actually got 50 entrants in the series itself.

Although HQ racing is the domain of the more humble segment of motorsport, McLean says that the level of commitment to the virtual competition has been significant.

“We’ve got eight state champions and three national champions in the field, as well as competitors from HQ racing across the country,” he noted.

“The initial intention was a little bit of fun with maybe five or 10 New South Wales guys to kill the boredom and ‘let’s get a bit of airplay out of it’, and it snowballed.

“The buy-in from the people that are involved in it and how they’ve approach it… We’re not Supercars drivers, we all know that, but at the same point we’re getting practice nights on a server that has got up to 15 people on a Monday night, just doing laps trying to get ready for the next event.”

Races will take place each Thursday night, with highlights to be cut, complete with commentary, and released for public viewing on the following Wednesday.

The first six rounds will run to a three-race format with sprints each of 15 to 20 minutes in duration, before three endurance rounds.

An overall series winner will be crowned, as well as a victor of the latter three rounds combined.

HQs are also set to support the opening event of the Virgin Australia Supercars Championship’s Pirtek Enduro Cup at The Bend in September.