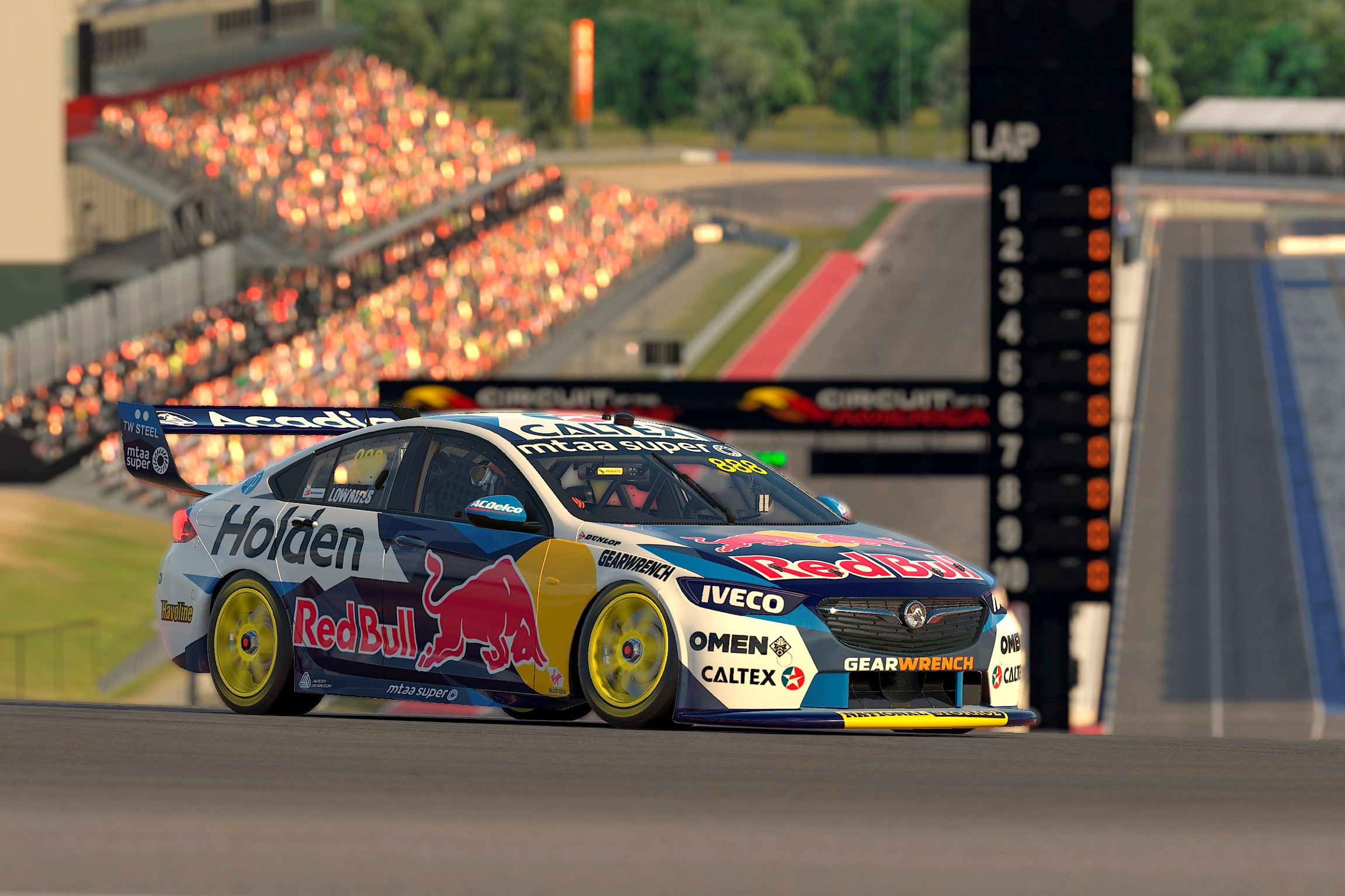 Lowndes joined an expanded Red Bull Holden Racing Team for Round 6 of the Eseries at Circuit of The Americas.

“The Eseries is a lot harder than it looks,” said Lowndes.

“Everyone sits at home and criticises all the incidents and accidents but now sitting behind a steering wheel and being part of the action, it was damn hard.

“It was a lot of fun though, and it was nice to be on the grid again rubbing shoulders with all the names I’m very familiar with.

“I think knowing the layout of the track from previously racing at Circuit of The Americas was a handy help.

“But in saying that the sim work is a very different beast, although It’s something I’ve enjoyed getting my head around.

“The elevation up into Turn 1 in real life is massive, but on a computer game you don’t get to feel that so all those little things come into play.

“At the end of the day it was a lot of fun and I got to beat up some old mates.”

Lowndes has earmarked a possible return to the Eseries.

Four rounds remain in the competition with the next round currently slated for Daytona International Speedway and Charlotte Motor Speedway.

Lowndes has previously said he’d like to race at circuits he’s familiar with.

The Eseries is currently set to close out with races at the Mount Panorama Motor Racing Circuit and Oran Park Raceway.

“I’d love to come back and have another crack at Eseries racing,” said Lowndes.

“Although it was a lot of fun tonight, I think it’s my aim not to start future races from the front of the grid in a reverse grid race.

“The funniest part of the whole thing is all the chat the goes on between the drivers while they’re racing.

“In regard to my results, I think they speak for themselves – they were really bad and I was a lot better when we raced there in 2013.

“As I said, I’d like to come back and try to redeem myself.”