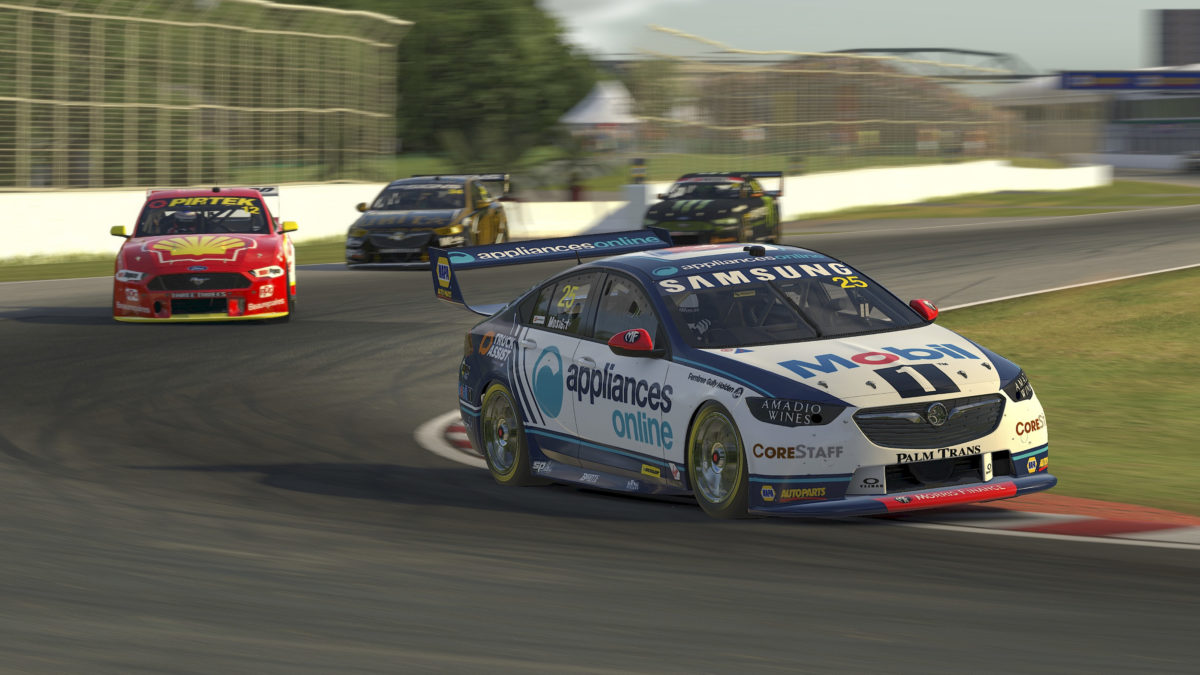 Chaz Mostert racing during the BP Supercars All Stars Eseries

Walkinshaw Andretti United’s Ryan Walkinshaw has said the introduction of the BP Supercars All Stars Eseries has made motorsport the “envy of every other sport” during the current COVID-19 induced hiatus.

Supercars will this evening hold its sixth Eseries even, with coverage both online and on Fox Sports.

It’s one of the only sports which has managed to adapt to the current situation and offer ‘live’ action content.

“As a racing community, we are extremely fortunate to have a platform that is as close to real life as possible, where we can continue to showcase our sport, keep our partners relevant, and importantly, our fans engaged,” Walkinshaw wrote in a blog article for Andretti Autosport.

“The Supercars Eseries has been one of the success stories of the last few months, and is currently the envy of every other Australian sporting code.

“Every single Supercar driver has competed, and we have been lucky enough to have some of the biggest names in motorsport, such as Alexander Rossi, join the field as Wildcards.

“The TV and digital audience has been as strong as a ‘normal’ race weekend, and the data shows that we are attracting a new, younger audience to our product that should transfer over when we return to the track.”

Chaz Mostert is the leading Walkinshaw Andretti United driver in the Eseries competition, sitting fourth in the standings, having taken a win at Montreal during Week 4.

Mostert had a wildcard outing in IndyCar’s iRacing Challenge where he raced under the Andretti Autosport banner.

Locally, the Supercars series has featured wildcards for Alexander Rossi and Lando Norris, the latter set to return for a second appearance this evening.

Week 6 of the BP Supercars All Stars Eseries begins at 18:00 AEST.

Meanwhile teams are set to meet today where it’s understood a revised 2020 schedule for the resumption of real world racing will be presented to them.