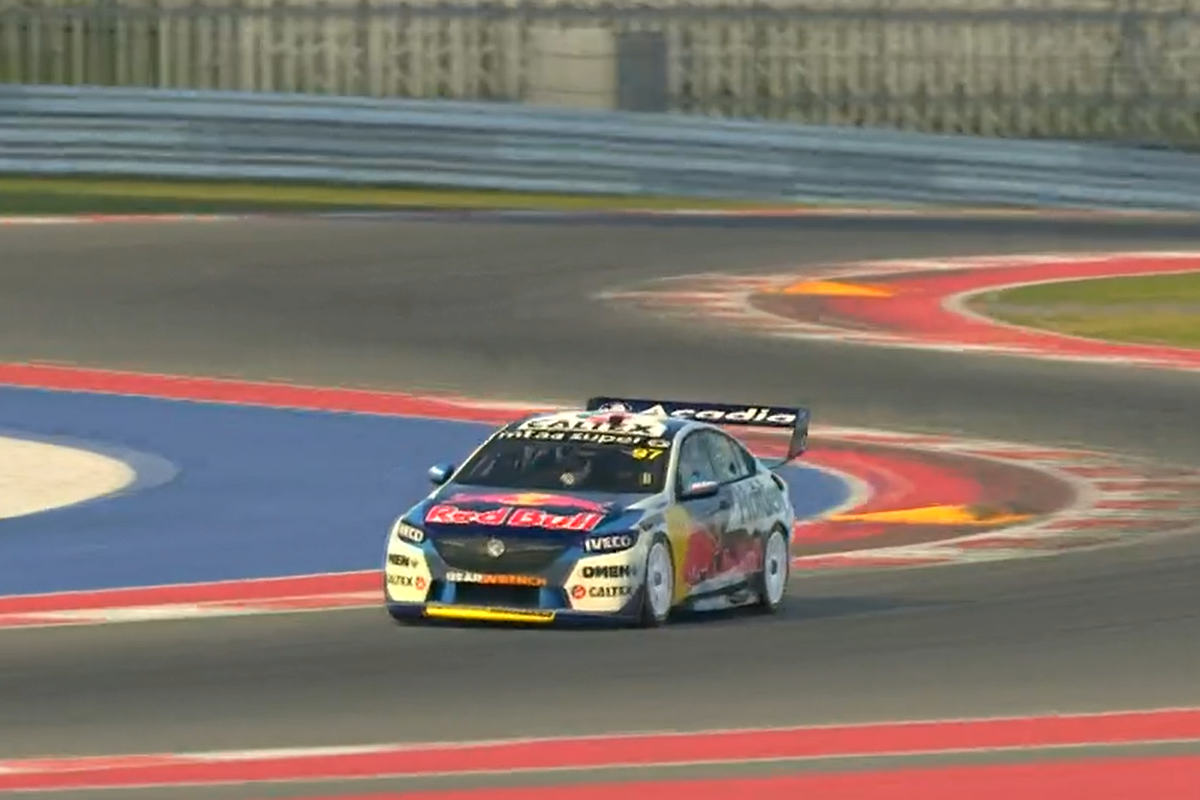 Shane van Gisbergen will start the opening race of the BP Supercars All Stars Eseries at Circuit of The Americas from pole position.

Shell V-Power Racing Team driver Scott McLaughin clocked the third quickest time at the end of the session with a 1:30.997 ahead of Team Penske pilot Will Power on a 1:31.003.

Lee Holdsworth of Truck Assist Racing was fifth fastest on a 1:31.227, while Chaz Mostert of Walkinshaw Andretti United clocked a 1:31.281 to be sixth.

Cameron Waters was the last of those in the top 10 shootout with a 1:31.663 cementing him seventh place on the grid, albeit 1.2 seconds off the leading pace.

Matt Stone Racing’s Jake Kostecki narrowly missed out on cracking the top 10 shootout in the first stage of qualifying, a 1:32.698 slotting him into 11th.

Regular top 10 contender Andre Heimgartner of Ned Racing failed to make the top 10 and could only manage 12th.

Race 18 of the BP Supercars All Stars Eseries at Circuit of The Americas gets underway at 19:15 AEST.