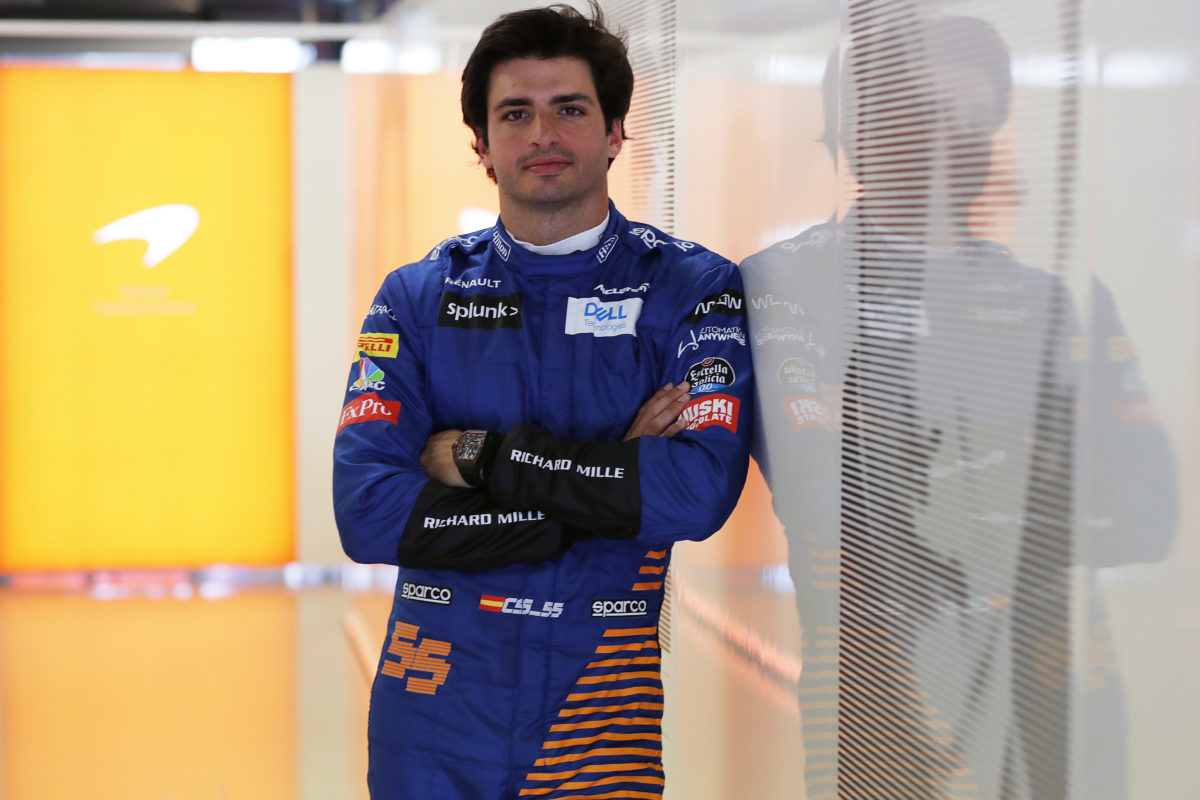 Carlos Sainz has emerged as the front-runner for the now-vacant seat at Ferrari with reports suggesting a deal is all but done.

Ferrari confirmed yesterday that four-time world champion Sebastian Vettel was set to leave the team at the end of the current season.

Vettel is in the last year of a current three-year deal but was unable to agree terms to continue the relationship.

His departure creates a vacancy at the team which has finished second in the constructors’ championship for the last three seasons.

Sainz and Daniel Ricciardo have both been linked with the drive, with the former touted as favourite.

Reports out of Italy suggest the deal is all but done, with fine details of the contract to be hammered out before an announcement later this week.

That leaves him a free agent come season’s end.

A deal between Ferrari and Sainz is also tipped by Red Bull’s Max Verstappen.

Taking part in a Q&A with David Coulthard on social media, Verstappen was asked if he believed Ferrari would sign someone “with an Italian sounding name or someone with a Spanish sounding name”.

Though qualifying his comments by stating he had no insight beyond his own opinion, Verstappen said “I think it’s not going to be the Italian sounding name”.

Should Sainz make the switch it would create a vacancy at McLaren.

The English squad has had something of a resurgence in recent seasons and is set to switch from Renault to Mercedes power next season.

Mercedes boss Toto Wolff has also acknowledged that Vettel is now on the market in the knowledge that both Lewis Hamilton’s and Valtteri Bottas’ contracts expire this season.

It’s unclear what Vettel’s fate will be as there are precious few top line drives seemingly available.

Red Bull’s motorsport advisor Helmut Marko has ruled out a return to Red Bull while there is no indication Mercedes is looking to replace either of its drivers.

Fourth in last year’s Constructors’ title was McLaren, which would appear to have an opening.

For his part, Charles Leclerc paid tribute to his outgoing Ferrari team-mate.

“It’s been a huge honor for me to be your team mate,” Leclerc posted on social media.

“We’ve had some tense moments on tracks. Some very good ones and some others that didn’t end as we both wanted, but there was always respect, even though it wasn’t perceive this way from the outside.

“I’ve never learnt so much as I did with you as my teammate.

“Thank you for everything Seb.”