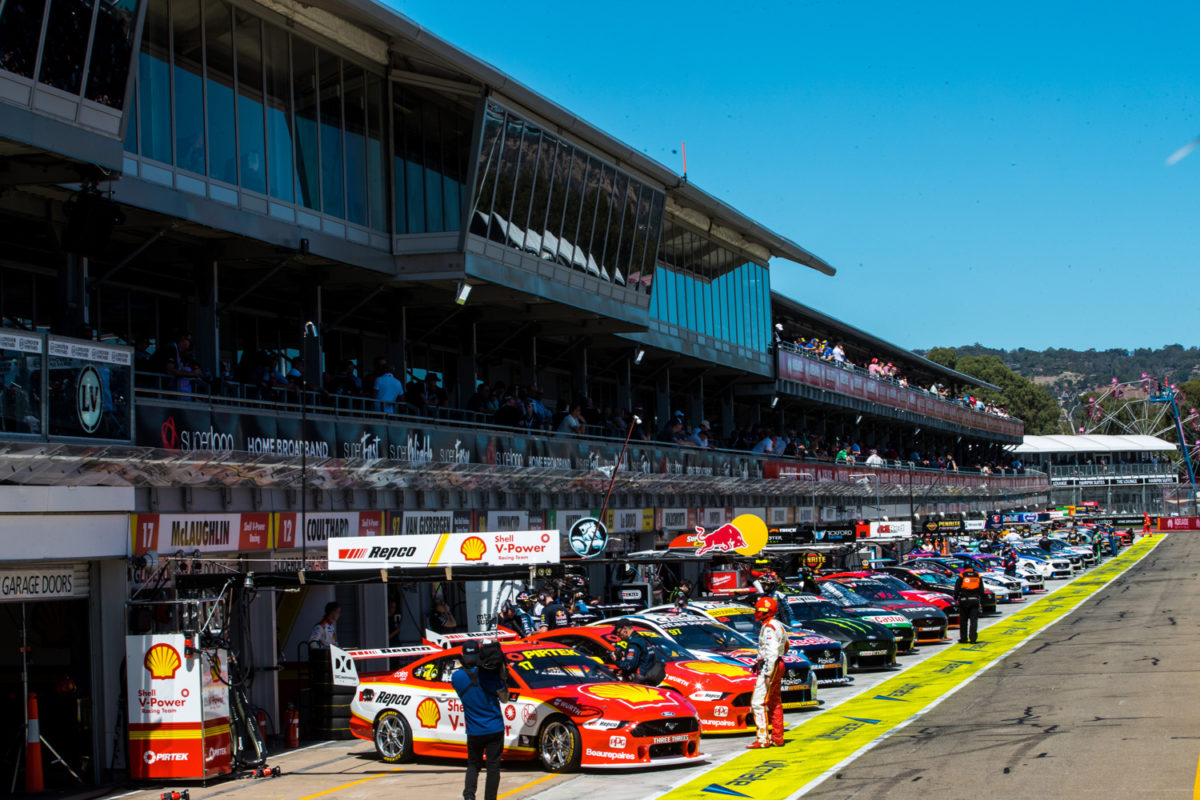 Supercars team owners will face one of the most important meetings in the category’s 24-year history today.

The video conference will be the first time that the sport’s stakeholders have come together as one since the harsh realities of the coronavirus pandemic struck the sport two months ago.

Teams have basically been in a holding pattern since racing stalled in mid-March on Friday of the Australian Grand Prix in Melbourne.

State and Federal legislation has restricted team operations since that weekend and few have returned to full capacity.

The priority of today’s meeting will be to discuss the framework of a calendar for the remainder of 2020, which will obviously have to be fluid given the unknown nature of future government travel and social distancing rulings.

While venues will be the starting point there will also be a major focus on race formats and the opportunity to dramatically reduce costs.

It is believed that there is a major push for two-day race meetings and for reducing the number of team members allowed at each event.

The amount of personnel will probably be determined by government rulings anyway in the first couple of months at a minimum.

While team owners will have input today, there will be further clarification with a Supercars Commission meeting on Thursday.

A revised calendar is expected to be made public sometime by Monday (May 18), though that could be brought forward to Friday (May 15).

However, it is almost certain not to include the next two scheduled events at Winton Motor Raceway (June 5-7) and Reid Park, Townsville (June 26-28), at least the former not on its original date.

Few people in the category want to talk on the record about the current problems with the threat of them being seen as negative in what is an extremely sensitive environment.

The nature of the sport means that every team faces a different level of pain depending on the level of personal commitment from their ownership, their level of sponsorship, and the strength and make-up of those commercial agreements.

The realities are that the sport’s naming rights sponsor Virgin Australia is in voluntary administration, broadcast partner Fox is allegedly facing financial hardship, free-to-air partner Network 10 has been reported as wanting out at the end of the year, and State governments that have been major contributors to many Supercar events for many years now have to deal with COVID-19 expenses.

All this has masked the fact that the sport was dealt one of its toughest blows two weeks before the COVID-19 crisis when General Motors announced it would be pulling out of all right-hand-drive markets eliminating the Holden brand from showrooms and circuits.

While all these factors would seem to have created a ‘perfect storm’, a few of the sport’s optimistic stakeholders see the hardship as an opportunity for the total reset of what many have described as a ‘bloated’ championship and organisation.

Several believe that getting a ‘total reset’ right could see a cost-effective series reach its former heights of popularity in a few short years and provide attractive returns on investment for stakeholders.

While Supercars’ position is serious, it is no different to the position of every major motorsport category in the world, especially Formula 1.

The big advantage for Supercars is that it is confined to Australia and New Zealand and does not have to face the frustration and confusion of multiple international borders like Formula 1 and international GT competition.

There is considerable pressure being placed on manufacturers globally which will undoubtedly influence the shape of world motorsport for decades.

If Holden had not made its withdrawal announcement in February, the chances are it would have come with a COVID-19 excuse anyway.

There are no indications at this stage that Ford has plans to reduce its Supercars involvement.

Supercars is the focus of public scrutiny when it comes to motorsport in Australia and there is little doubt that the decisions and vision shown by the members of today’s meeting will have a major filtering effect on the sport as a whole from grassroots club racing up.

Once the remainder of 2020 is rescued there will have to be a serious continued working group on what the category looks like next year and beyond.

This is almost certain to mean a solution on how to best use the team’s current racing hardware at a much-reduced cost in 2021 before the creation of a new cost-effective vehicle for 2022 and beyond.