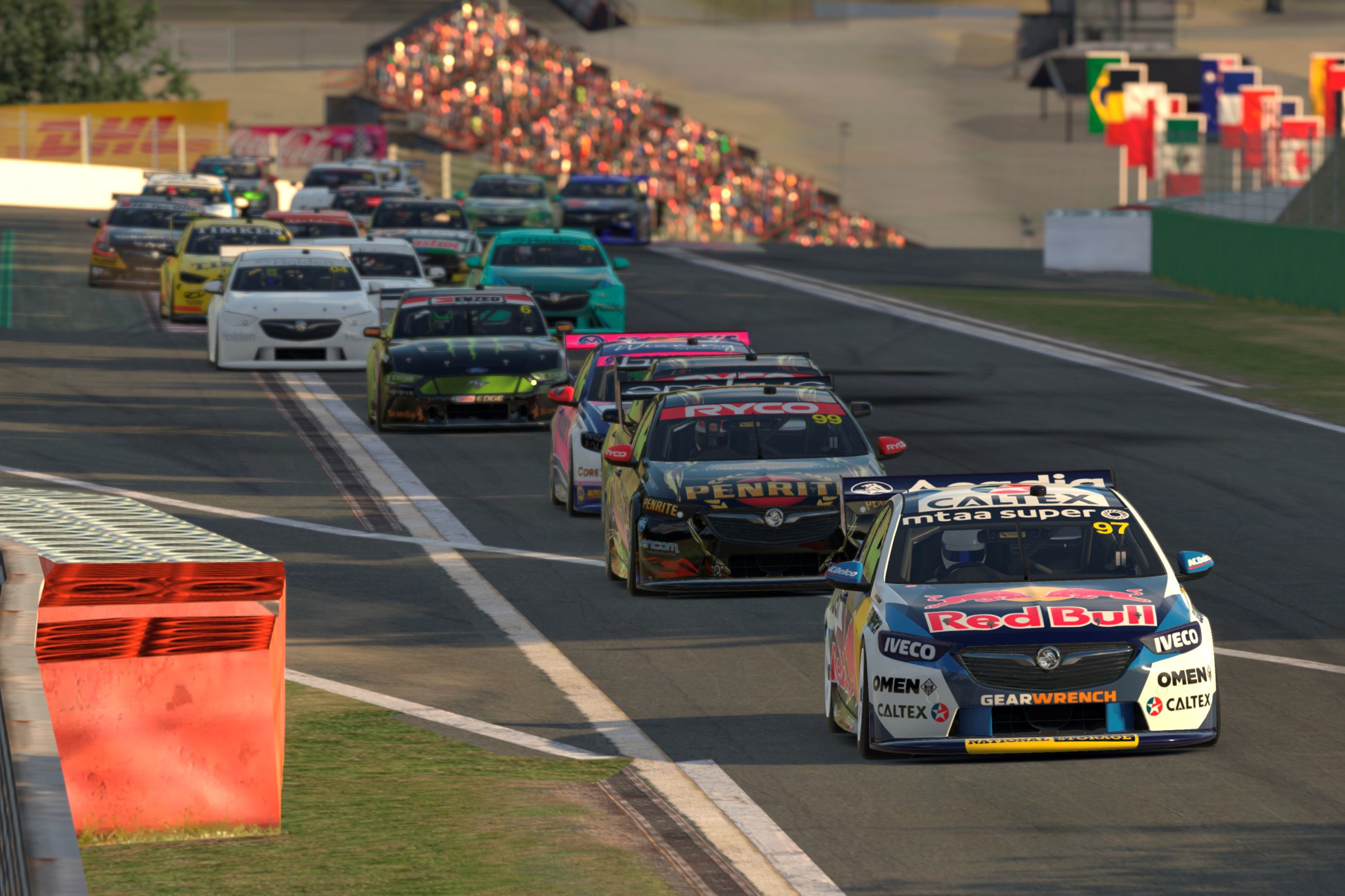 Supercars has outlawed the use of another in-game hack to speed up traversing the pit lane in the All Stars Eseries.

For Round 5 of the BP Supercars All Stars Eseries, a new rule was imposed that required drivers to run the pit lane speed limiter.

Prior to that, drivers had gone through the pit lane without the limiter on at a speed just over the prescribed limit, but would avoid a penalty.

Another workaround to get through the pit lane quicker involves rapidly changing between first and second gear to lurch the car forward and go slightly over the speed limit.

That has now been outlawed with new rules for Round 6 of the Eseries requiring drivers to go through pit lane in first gear at all times.

The new Pit Stops Rule section 1.1 reads: “The Pit Lane Speed Limiter must be activated and remain activated for the entire transit of the pit lane. Cars must remain in 1st gear. Changing up and down of gears whilst on the limiter in pit lane is prohibited.”

The race format and penalty system for Round 6 of the Eseries at Circuit of The Americas has also been given a tweak.

Incident point limits have been restricted with the three races reduced to 17 points, 20 points, and 25 points respectively.

It is up to the drivers to decide if and how they use those incident points, but if they exceed the limit then they will incur a penalty.

The BP Supercars All Stars Eseries continues on May 13 at 18:00 AEST with Round 6 at Circuit of The Americas.