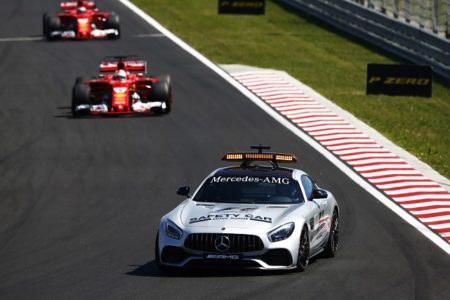 The FIA has issued a number of safety recommendations

The FIA has issued a raft of safety recommendations following its investigation into 28 serious and fatal circuit racing crashes in 2019.

The recommendations are the work of the FIA Safety department and cover a broad range of areas including debris mitigation, crash impact protection, crash notification systems, and track design.

In what may be a response to the incident which claimed the life of Anthoine Hubert in a Formula 2 race at Spa, investigators advise that a “review of the specification of front and side impact structures with respect to total energy absorption, directional performance and compatibility with a car-to-car impact,” is ongoing.

Work to improve energy absorption is underway in Formula 1, Formula 4, and Formula E, and will be incorporated into the next car update for Formula 2 and Formula 3.

Also concerning single-seaters specifically is a recommendation for investigation of tethering solutions and use of alternative materials to help reduce debris shedding, as well as findings around front wing designs, headrests, and front anti-intrusion panels.

“An initial step to improve driver notification and information might be achieved using current technology such as the rain light, with only minor updates to car hardware,” reads the FIA’s release, in part.

“The rain light or any other light mounted to the rear of the car could be used to display the track status i.e. acting as a ‘yellow flag repeater’ directly located in the line of sight of following drivers.

“Additionally, the rear mounted light could possibly be used to indicate to a following driver when the car significantly slows as a result of encountering a yellow flag zone.”

Among several recommendations concerning circuits is advice that “New solutions for track limit control will be submitted for consideration to the FIA Circuits Commission, in order to prevent cars from rejoining the track in a dangerous manner.”

Other recommendations include an update to the FIA standard for ‘competition seats’ for closed cockpit cars, greater training regarding safe seating positions, and enhanced training/guidelines for Race Directors.

FIA Safety Director Adam Baker said, “As with all accident investigation work, our findings related to circuit racing form the basis of a range of technical and operational initiatives, both to prevent serious accidents occurring and to mitigate the consequences if they do.”