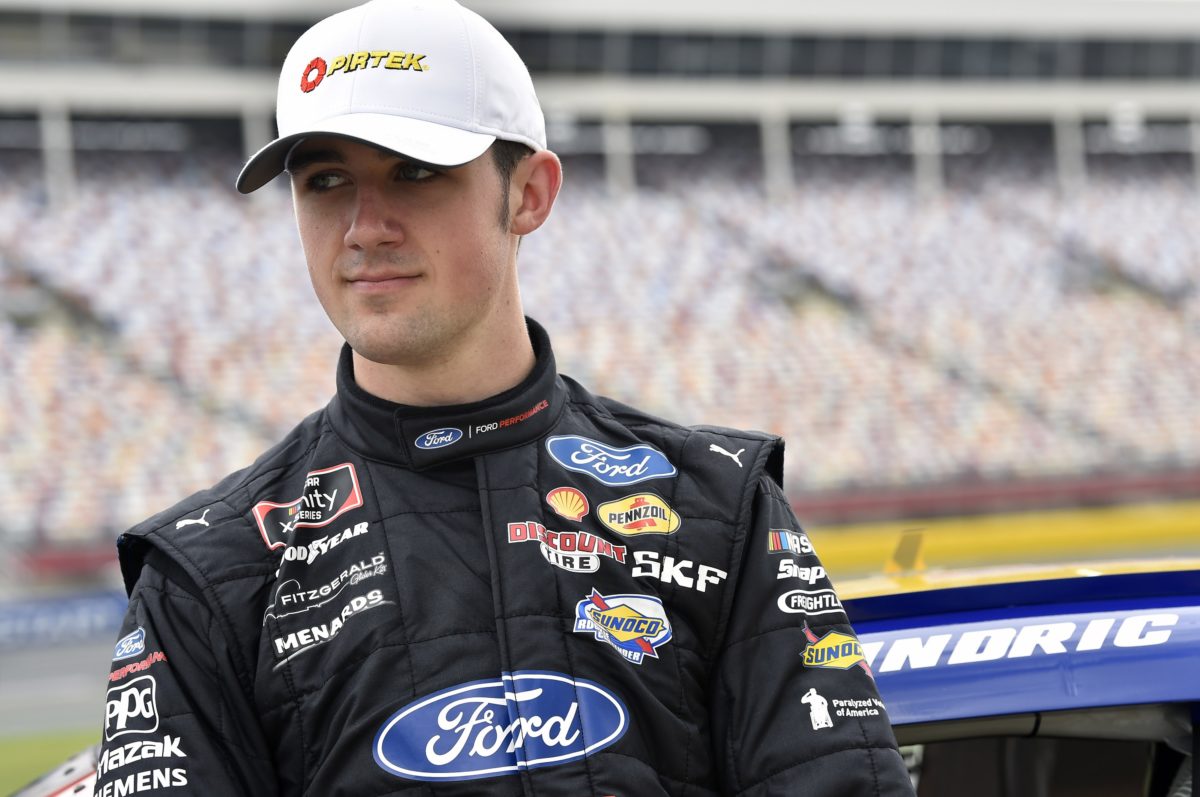 Austin Cindric, son of Team Penske President Tim, has been named as a wildcard for this week’s round of the BP Supercars All Stars Eseries.

The 21-year-old is presently a full-season driver for Penske in NASCAR’s second-tier Xfinity Series, in which he took two race wins last year.

“(I am) Really excited to share that I’m going to be part of the Supercars Eseries grid at Circuit of The Americas this week,” said Cindric in a video announcement on Ford Australia’s Twitter page.

“Really cool opportunity for me because I’ve always been a big fan of the series itself; the cars, the tracks, the drivers, the whole format, I’ve really enjoyed.

“I’ve got a lot of respect for the guys that do it week in, week out, so looking forward to going back and forth to them, mixing it up on the track.

“I know I’m going to have my work cut out for me so hopefully Scotty (McLaughlin) and Fabs (Fabian Coulthard) can help get me on the pace.

“Overall, really cool opportunity, thank you to Ford Australia for getting me involved, and really looking forward to being part of the show.”

Cindric has raced in Australia, in the real world, in the 2015 Bathurst 12 Hour, and also tested Supercars machinery at Queensland Raceway.

Round 6 of the BP Supercars All Stars Eseries will be held this Wednesday from 18:00 AEST with three races to take place on the Circuit of The Americas.

Our drivers are heading to the virtual Americas this week, and joining them on the track is none other than @Team_Penske NASCAR driver @AustinCindric. It’s time to #SaddleUp, Austin! We’re stoked you could join us. @Supercars @FordPerformance @PenskeESports #VASC #ESeries pic.twitter.com/sXteyjVOny