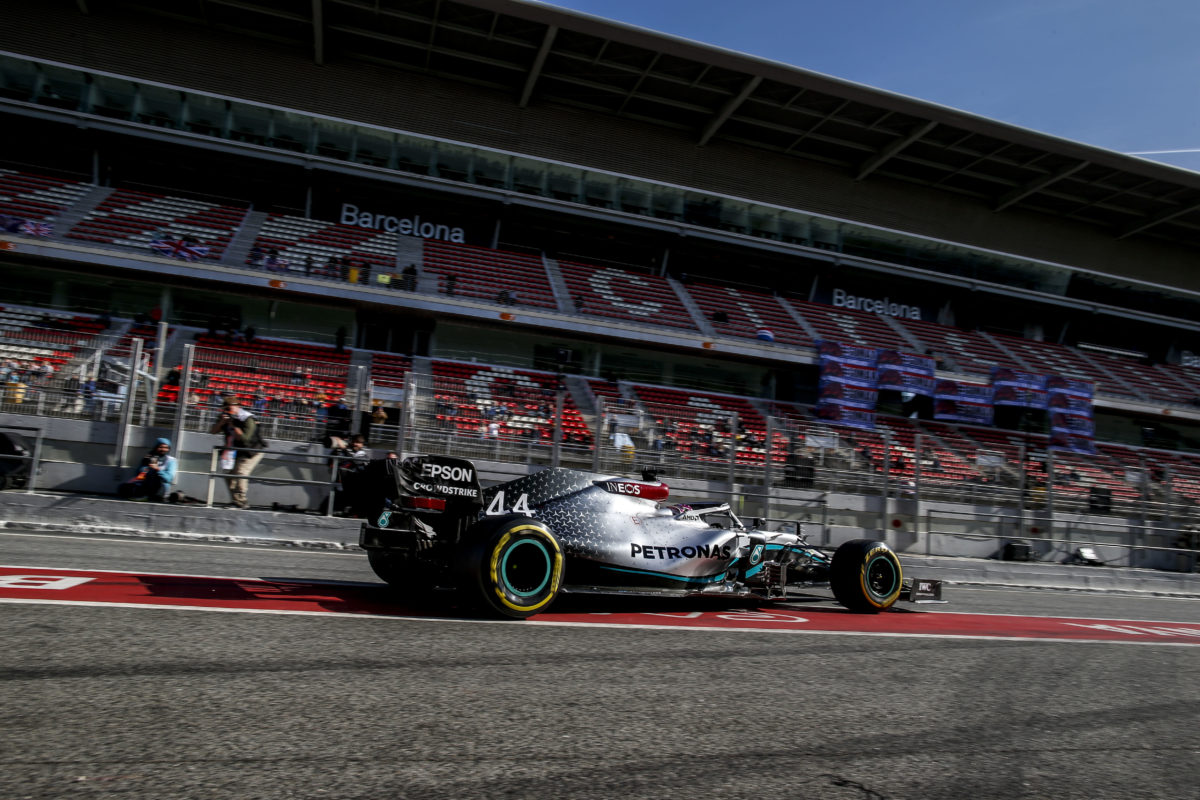 Lewis Hamilton has described the prospect of racing behind closed doors as “worse than testing” as Formula 1 shapes up to start its 2020 season.

Organisers are formulating a revised calendar which for the moment looks set to see the Red Bull Ring in Austria host the season-opening race of the season.

That event will almost certainly be held behind closed doors, within a ‘biosphere’ style environment.

For Hamilton, the concept of racing without a crowd is foreign.

“Around the world, all the races we go to, the more fans are there, the more atmosphere we have,” he said.

“That’s why you have places like Silverstone and Monza.

“For us it’s going to be like a test day, probably even worse than a test day, in the sense that on a test day there aren’t a huge amount of people that come to watch, but there are still some.

“Here you’re going to have nobody in the crowd, and you’re just going to see empty seats as you’re driving round, but racing is racing.”

The six-time world champion was outspoken regarding the sport’s decision to carry on with the Australian Grand Prix.

Speaking on the Thursday of the event he suggested “cash is king” when it came to the reason the event was set to go ahead despite the looming COVID-19 pandemic.

It was confirmed the following morning that the event would indeed not go ahead.

“I think it really, really was a shock to the system,” Hamilton said of the call to cancel the event.

“Obviously on that Thursday I commented my opinion as to whether or not we should have been there, and to wake up the next day with the excitement that I’m going to be getting in the car, and then to hear that we’re not going to be going to the track, it was very, very surreal.

“We weren’t quite sure what was going to happen, and then you miss practice one, and the practice two went, and qualifying went, but I stayed there through the weekend.”

In total, the opening nine events of the 2020 season have been directly impacted by the COVID-19 pandemic, with three cancelled altogether.

The Austrian Grand Prix is scheduled for July 3-5.