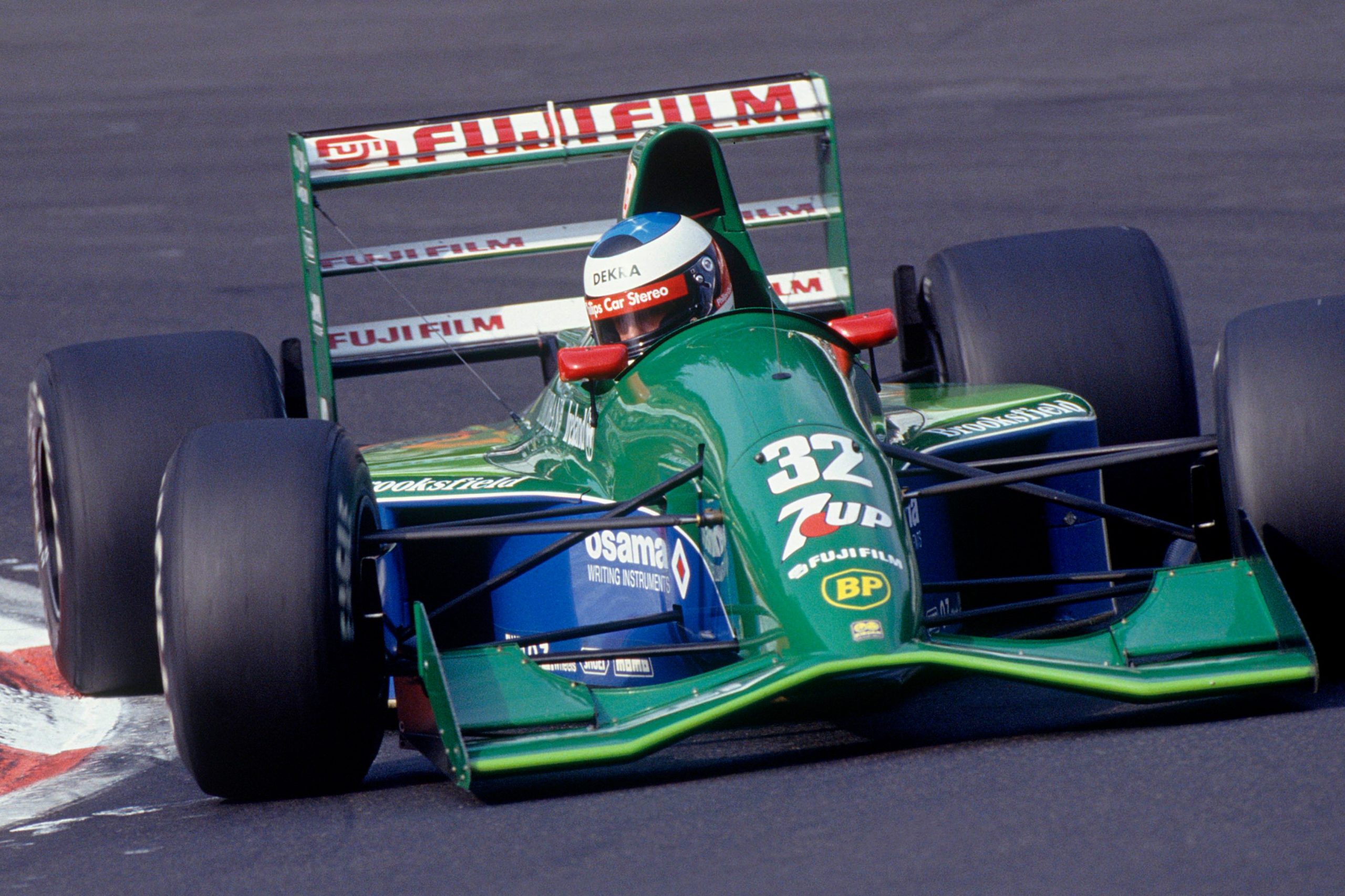 Michael Schumacher in the Jordan 191 at the Belgian Grand Prix in 1991 pic: Australian GP Twitter

Former Jordan Grand Prix team manager Tim Edwards has recalled how Michael Schumacher got the nod for his Formula 1 debut in 1991.

Ahead of today’s Mechanics feature, Speedcafe.com spoke with Edwards about a test at Silverstone that sealed the deal.

After several years in the World Sportscar Championship and British Formula 3 Championship, Edwards joined the team for its maiden Formula 1 season as a mechanic.

Prior to that, Jordan had been competing in Formula 3000 and made the step up to Formula 1 in 1991 with Bertrand Gachot of Belgium and Andrea de Cesaris from Italy.

Midway through the year Gachot was charged with assault on a London cab driver that resulted in two months jail time.

The team was then left to find a replacement driver shortly before the Belgian Grand Prix.

“The whole thing was all last minute,” Edwards recalled.

“We were going to Spa and the trucks had already left. Eddie claims that he’s the talent spotter of all talent spotters, obviously because he found Michael.

“So he chose Michael Schumacher.

“The first time Michael hopped in the car it was on the Tuesday before the Belgian Grand Prix,” Edwards added.

“We were at Silverstone South Circuit, which is sort of the southern half of the circuit.

“On his fifth lap, he went half a second faster than we’d ever gone around there with de Cesaris or Gachot.

“Our then team manager, Trevor Foster, called him in and tore strips off him.

“He reminded him he was driving a Formula 1 car and that these things can get away from him and show a bit of respect.

“So we ripped Trevor for years that he told Michael Schumacher off for going too fast,” Edwards laughed.

Schumacher went on to make his Formula 1 debut days later at Spa-Francorchamps where he qualified seventh.

Unfortunately, Schumacher failed to complete the first lap after his clutch failed.

His time at Jordan was brief, only a day after the race he was signed by Benetton for the remainder of the 1991 season and beyond.

“That was really short lived because obviously he qualified seventh, only did about 180 meters before he burned the clutch out,” said Edwards.

“Then on the Monday when he’s driving to Jordan to actually get round to signing the contract for the rest of the year, he stopped in at Enstone on the way, and the rest is history.

“Benetton signed and that changed the course of a lot of things.”