NETWORK: AS One Marketing, Out There Branding – Stewart Smith

NETWORK: AS One Marketing, Out There Branding – Stewart Smith 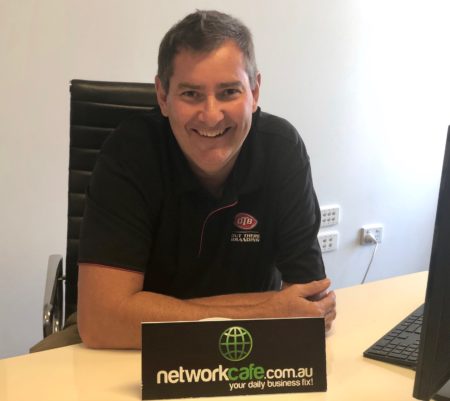 For many years Stewart Smith was literally a man of steel with the biggest players in the business.

First he had the job of selling BHP and Welded Tube Mills steel products before being part of a merger that saw Orrcon Steel become a new player in town.

That merger led him to a role that helped evolve their brand into one of the most recognisable in the industry through one of the best activation and hospitality programs seen in Supercars.

For the past eight years Smith has been a major contributor in the marketing and activation industry through his core business AS One Marketing both here in Australia and the United States and recently returned home to became a partner in Out There Branding QLD, specialising in promotional products, exhibitions, and outdoor branding solutions.

The US venture saw him involved in NHRA drag racing, NASCAR and the Pirtek Team Murray entry in the 100th Indianapolis 500 in 2016.

The development of the new OTB partnership came only a couple of months before the effects of COVID-19 set in, but rather than sitting on the couch waiting for improvement, Smith has accelerated his search for new business opportunities.

As a founding member, Smith intends to use Networkcafe.com.au as a valuable part of his business-to-business activity.

“It is no secret that everyone is doing it tough, especially in the small to medium business space in the automotive and motorsport industries,” said Smith.

“But you cannot just stop. You have to keep reinventing yourself.

“The creation of Networkcafe.com.au is a free kick for all of us in a massively challenging time and I have already started making use of it through networking with other businesses.”

Networkcafe.com.au was launched as a free business networking hub on Monday and already has in excess of 220 members from a host of categories and is growing rapidly on a daily basis.

Smith joined BHP straight out of University and by the time he moved on 10 years later he had held state sales management responsibilities in QLD, NSW and the NT.

The next four years he worked with Welded Tube Mills working in sales and business development, helping launch a distribution channel that saw sales revenues treble to $60 million annually. 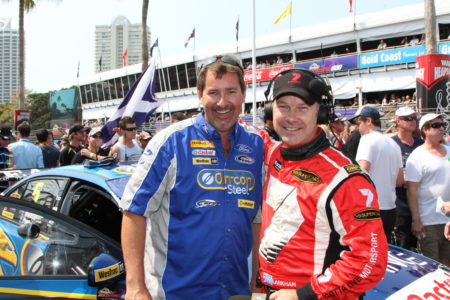 His contacts and knowledge of the steel industry then saw him move into a life-changing role as the marketing, sponsorship and events manager at Orrcon Steel.

One of his major accomplishments in this role was the development of Orrcon’s customer experience programme through its Supercars sponsorships with Mark Larkham Motorsports, WPS Racing, and Ford Performance Racing.

He worked strategically with the marketing and sales team and in the end was generating more than $20 million annually in brand awareness.

“The Orrcon Steel era in Supercars was an enormous amount of work from a small passionate team, but the results we achieved made it all worthwhile,” said Smith.

“I was challenged by the management of Orrcon Steel to ‘make buying steel tube a lifestyle choice’ and we really did set a standard of how things should be done in corporate hospitality and sponsorship activation and our guests appreciated the level of detail we went to.

“The result was that it came back with not only plenty of business but long standing relationships with our customers.

“We were the number one ticket in town and it challenged us to create bigger and better facilities and activations.”

In the end, the marketing and client relationship strategies Smith implemented were helping keep more than $400 million in annual revenue, including a ‘Team Steel’ customer relationship program which had an annual turnover of $80.8 million alone.

One of the highlights of his Orrcon program was a nine-day steel industry tour of China for 120 VIP guests, which was built around the V8 event in Shanghai in 2005.

“We worked bloody hard, but I think we will look back on that Supercars era as the good old days and I can’t thank Silvio Pradella and David Simmons enough for the challenge they gave me in 2001,” said Smith.

“Given the current environment I think it will be a long time before we get back to that level, so we have to keep reinventing ourselves.”

Orrcon’s departure as a naming rights sponsor in Supercars also provided an opportunity for Smith to create his own business, AS One Marketing and his reputation, which has been developed over more than 30 years, followed him.

“For the last six years my focus has been in the USA and being involved in NASCAR, NHRA, and IndyCar has seen some fantastic opportunities come my way with the highlight being the 100th running of the Indy 500,” said Smith.

“Being part of the Pirtek Team Murray efforts, seeing a veteran and first responder pit crew in red/white/blue compete against the Penske crew, 400,000 people cheering and a thousand guests in our corporate hospitality is a memory I will hold as a highlight of my involvement in motorsport.”

Coming home to Australia has led to the partnership with Roy Kowarski and Out There Branding with the goal of expanding what Kowarski has developed over the last 10 years into a national recognised branding solutions company.

He is enjoying the one-on-one contact putting together branding solutions packages for sole traders while at the same time developing brand strategy, marketing, and business plans for multinationals. 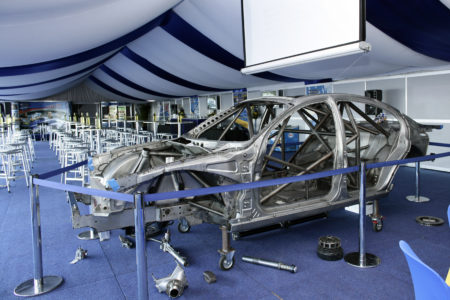 Inside an Orrcon corporate setup

Smith has also developed his understanding of licencing and implemented programs for start-ups that have been generating up to $4 million within 12 months.

“I guess the one thing we are learning is that there is no deal too big or too small in such a restrictive environment,” said Smith.

“We just need to keep developing our networks and helping each other where we can knowing that one day it will come back to us.

“There might not be a dollar in every deal, but as long as we are not losing money we can keep moving.”

Smith has had a personal relationship with the Speedcafe.com team since its inception in 2009.

“I was actually at Orrcon Steel when they were a founding Platinum Partner with Speedcafe.com a decade ago and have watched on proudly as the business has developed into a world leader,” said Smith.

“The Speedcafe team has always been extremely community conscious and the personal investment into Networkcafe.com.au is another example of that.

“There are an enormous amount of small and medium sized businesses hurting out there and to have a free hub where everyone can communicate and do business with each other will be a lifesaver for a few of them.

“I have every confidence that it will develop into a terrific asset for every member in a short amount of time.”

Click here to see As One Marketing’s profile on Networkcafe.com.au

Click here to see Out There Branding’s profile on Networkcafe.com.au

In the most difficult period in motorsport and automotive history, Networkcafe.com.au has been designed as a valuable support mechanism for the industry and its suppliers, sponsors, clubs and organisations.

A free service for small and medium-size businesses, Networkcafe.com.au provides an opportunity to advertise products and services to a vast audience through a new easy-to-use portal.

When registering, businesses can select up to three selections from the 90 business categories listed.

CLICK HERE to register your business, club or organisation.