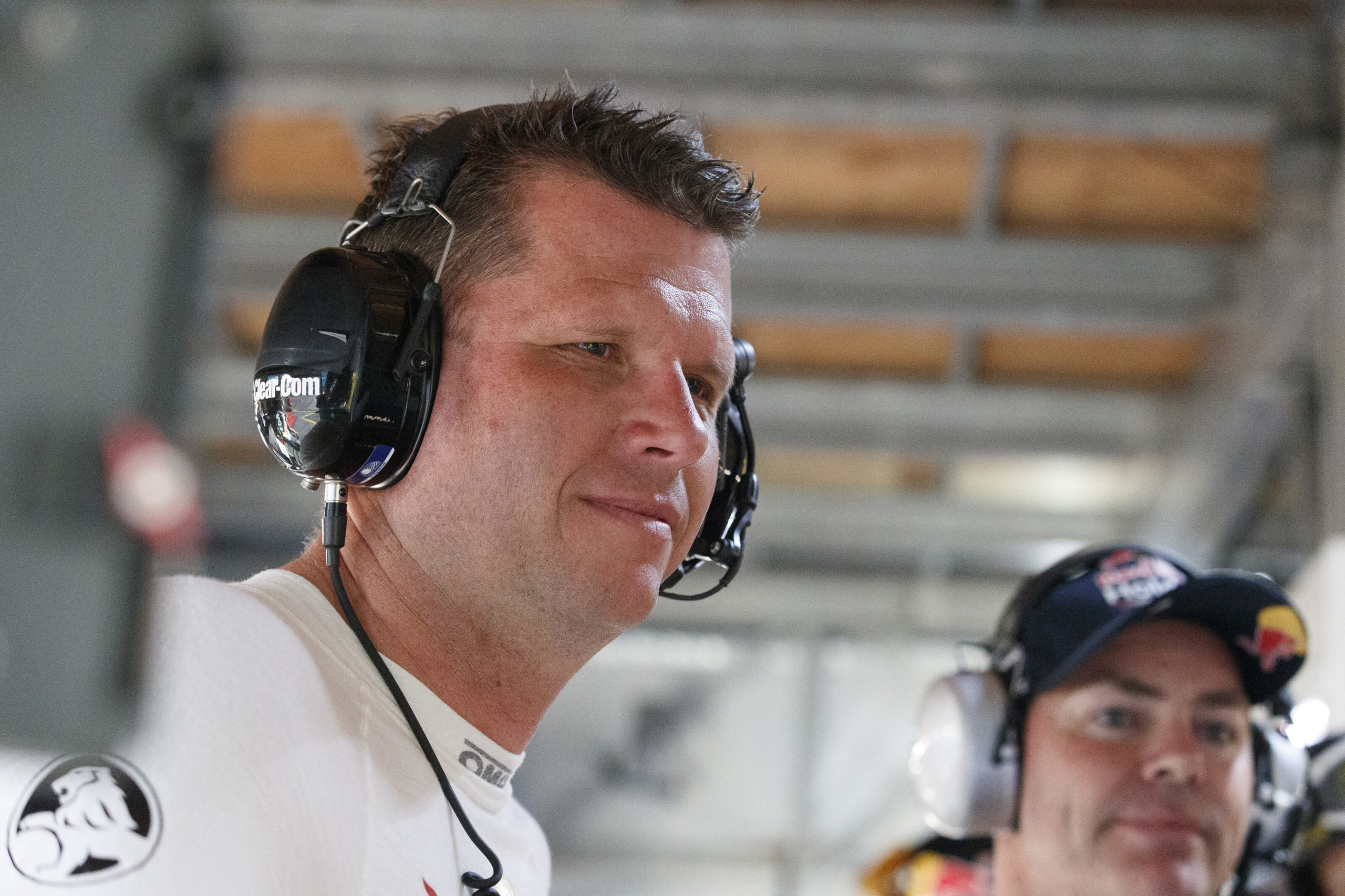 Garth Tander is set for a Supercars All Stars Eseries start

Garth Tander has been confirmed for a wildcard start in the BP Supercars All Stars Eseries with the Red Bull Holden Racing Team.

The Virgin Australia Supercars Championship winner of 2007 will join the Eseries on May 13 for three races at Circuit of The Americas.

A three-time Supercheap Auto Bathurst 1000 winner, Tander is the second wildcard confirmed for Round 6 of the competition following that of Lando Norris.

Tander will run #42 on his Holden ZB Commodore, which is the same number that his wife Leanne runs.

“I haven’t even started practicing in a Supercar yet because obviously I’ve been doing the TCR stuff, but I’m going to start practicing today,” Tander told Speedcafe.com.

“I’m looking forward to it, it’s a different challenge.

“I’ve done a couple of laps in a (virtual) Supercar at Phillip Island and I was way off the pace.

“I’ve got a bit of work to do to work on my technique and understand how to drive a Supercar on iRacing.

“It’ll be a challenge, for sure. Shane (van Gisbergen), Scotty (McLaughlin), Anton (De Pasquale), those guys are all really, really fast.

“I’m not expecting to be running with those guys, that’s for sure.”

After the team confirmed his place in the Eseries, Tander said he sought some advice from Pirtek Enduro Cup team-mate van Gisbergen, although the Kiwi wasn’t that receptive.

“Shane has been giving me a little bit of help, but not a huge amount of help,” he said.

“When I found out that I was doing the Supercars race I said ‘give me a hand’ and he said ‘nah, not likely,’ so he’s pretty competitive about it already,” Tander joked.

Round 6 of the Eseries takes place at Circuit of the Americas where Tander raced in 2013 as part of the Austin 400.

“I really enjoyed that track, I think of all the international tracks we’ve been to – Shanghai, Bahrain, Abu Dhabi, all those sorts of (Herman) Tilke-type circuits – Circuit of The Americas probably suited Supercars the most.

“The racing was really enjoyable. There are corners there that are very unique.

“Actually knowing that track will be a bit of an advantage. A lot of the guys were there as well in 2013.

“I have found the tracks that I have raced at (in real life) I am better at getting my head around on iRacing.

“That’s going to be a help, for sure, because I’m going to need all the help I can get.”

Fellow Red Bull Holden Racing Team driver Craig Lowndes is also in line for a start in the Eseries in the remaining five rounds.

Round 6 of the BP Supercars All Stars Eseries gets underway on May 13 at 18:00 AEST.