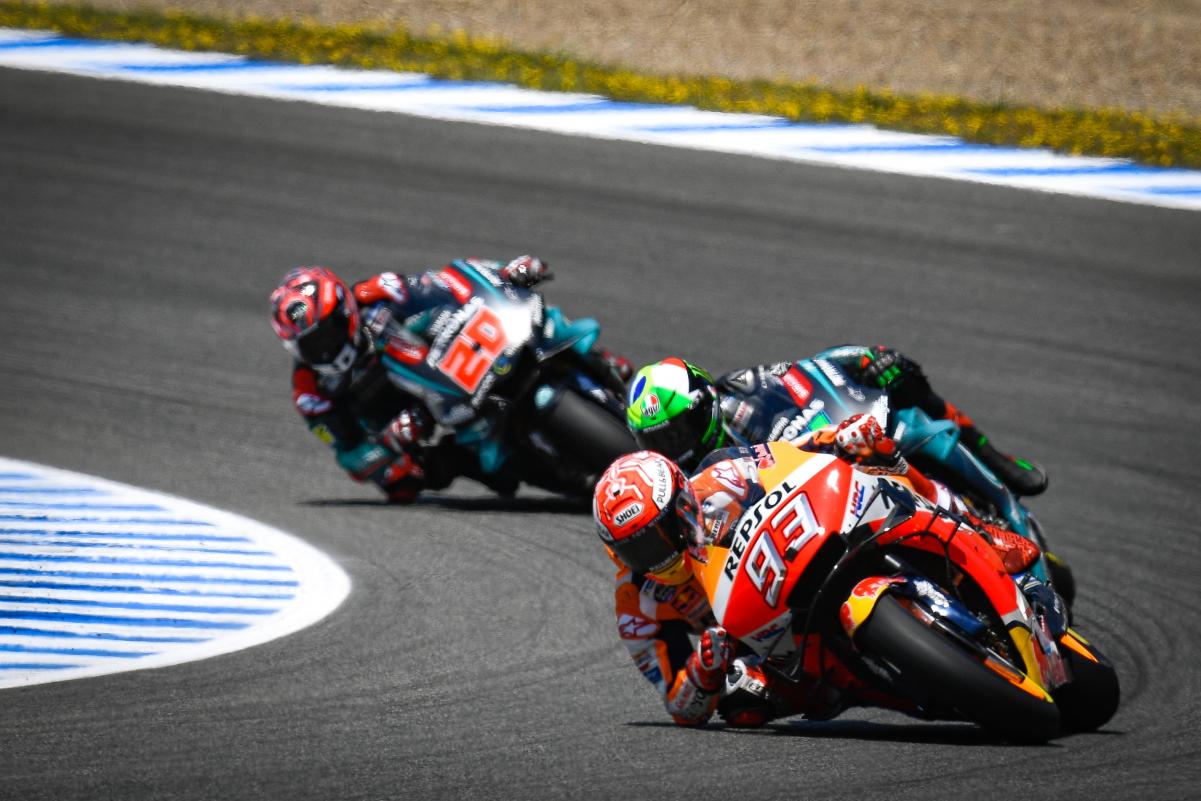 The MotoGP season would finally start with two races at Jerez in late-July under a proposal which Dorna Sports will take to Spain’s national government.

All 11 races of the premier class season which were to have taken place before the summer break have been postponed or cancelled, including that due last weekend at Jerez.

A round of the Superbike World Championship, for which Dorna is also the commercial rights holder, would be held at Jerez a week later again.

“The Regional Government of Andalusia, the City Council of Jerez de la Frontera and Dorna Sports have agreed to make a proposal to the Spanish government that, if approved, would see the Circuito de Jerez-Angel Nieto hold two MotoGP Grands Prix and one WorldSBK round at the end of July and the start of August,” read the Dorna announcement.

“After an electronic meeting this morning (Thursday, local time) between Juan Antonio Marín, Vice President of the Regional Government of Andalusia; Mamen Sánchez Díaz, Mayor of Jerez de la Frontera; and Carmelo Ezpeleta, CEO of Dorna Sports; the three parties have agreed to make a proposal to the Spanish government to organise two FIM MotoGP World Championship Grands Prix at the Circuito de Jerez-Angel Nieto on the weekends of the 19th and 26th of July, respectively.

“Once authorisation from the Spanish government has been given, the three events will be proposed to the FIM for inclusion on their respective calendars.

Although Dorna’s statement makes no reference to any precautions which would be implemented in order for the events to take place, Ezpeleta has previously stated that the early races of the campaign would be run behind closed doors.

There is no word yet on what, if anything, the Jerez proposal means for the Czech round currently slated for August 9 at Brno.

No new calendars have been issued since those released on consecutive days in March when the United States and Argentina rounds were postponed.

Ezpeleta stated in late-April that the season would take place wholly or predominantly in Europe, potentially “making two consecutive events in the same circuit and then mov(ing) to another,” and the latest plan is consistent with those comments.