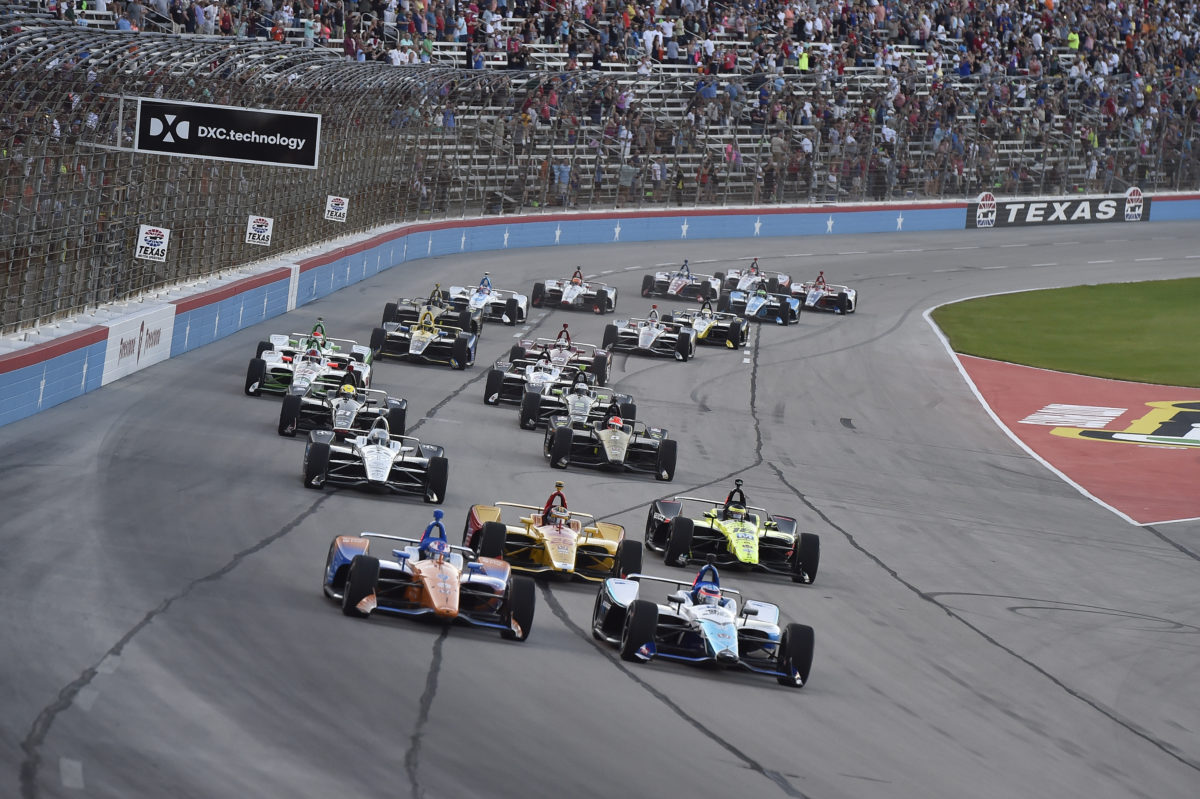 The start of the 2019 Texas Motor Speedway race

IndyCar has advised that its belated season-opening race at Texas Motor Speedway (TMS) will be shortened while the broader meeting will also be compressed to a single day.

TMS assumed first round status on its original date of June 6 under the revised calendar issued early last month as a result of the COVID-19 pandemic.

While that stands, what would normally be a 248-lap race around the 1.5mi oval is now scheduled for 200 laps.

A single, 90-minute practice session will be held early that Saturday afternoon (local time) before qualifying begins a further 90 minutes after that hit-out.

“We’ve worked closely with Eddie Gossage (TMS President), the entire TMS team and public health officials on a plan of action that will ensure the safety of our event participants alongside an exciting return to competition for our drivers, teams and viewers tuning in from around the world.”

Among the precautions listed in IndyCar’s announcement are no crowds and a “Revised competition layout to increase distancing.”

It also states, “The remainder of the updated, 15-race IndyCar calendar for 2020, announced April 6, remains on schedule for competition.”

Such advice bolsters the prospect of a race at St Petersburg, where Round 1 was to have taken place on those city streets, being run in 2020 having been listed on the new calendar with no confirmed date.

The NASCAR Cup Series will return in just over a week’s time.