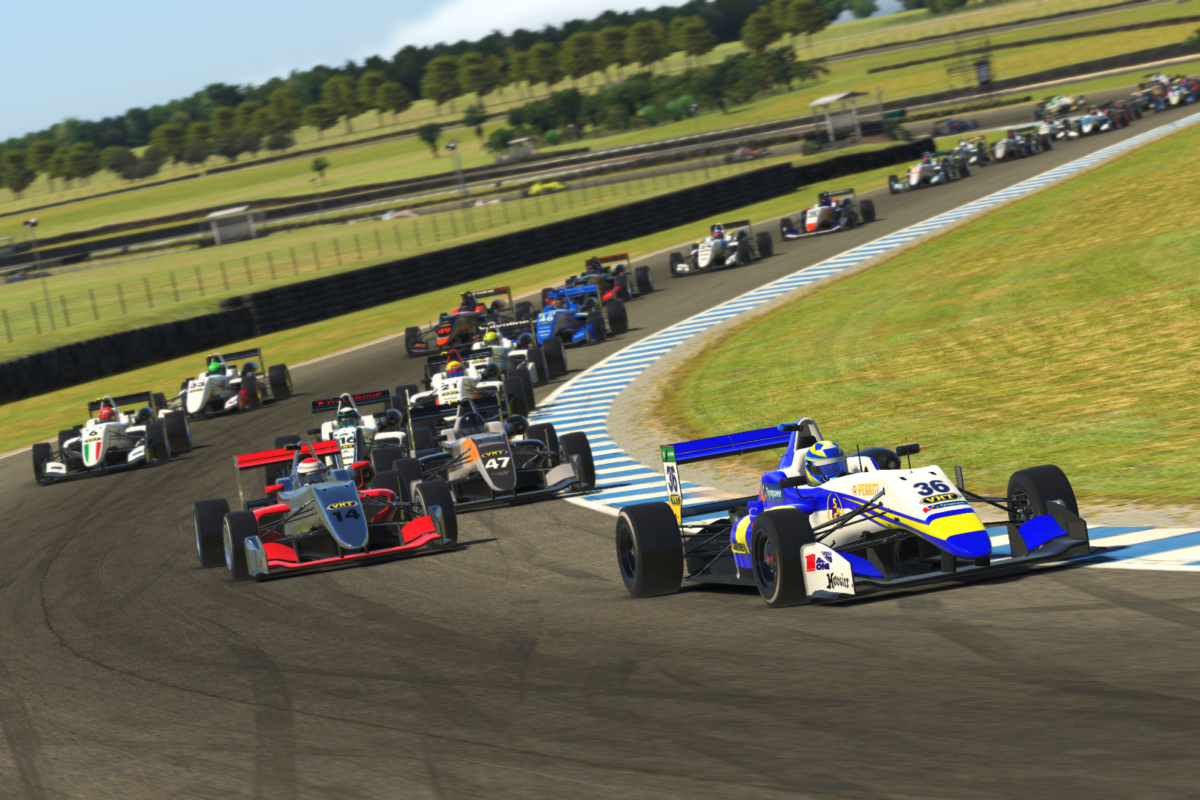 Cody Burcher leads the field away in the Formula 3 race

Formula Ford regular Cody Burcher has won the multi-category Phillip Island round of the ARG eSport Cup after coming through the wildcard race just to make the grid.

Burcher claimed second in the opening race of the meeting proper when each driver lined up in Audi RS 3 TCR cars and was victorious when the field switched to the Formula 3s.

British Touring Car champion Ash Sutton prevailed in the former in a slipstreaming battle with the Orange-based driver and New Zealander Jaden Ransley.

James Golding finished fourth and Ben Bargwanna came all the way from 17th to take fifth.

Series leader Harley Haber was classified 29th in Race 1 following a drive-through penalty, while Garth Tander was also set back by the one of the early incidents having qualified on the front row.

Sutton, on the other hand, rose from sixth on the grid and stated post-race, “In qualifying we just didn’t quite get the lap we needed, so had to fight our way back through.

“But after the melee at Turn 1 it was all good from there.”

The fight for second was far closer as Nic Carroll pipped Nathan Herne by 0.24s at the chequered flag.

Jordan Cox was fourth and Haber salvaged fifth after a Lap 1 off, but Sutton was only 15th having also left the bitumen in the early stages.

“That was good fun,” said Burcher.

“I’m looking forward to getting back in the Formula Ford in real life, hopefully we can get racing again soon.”

Haber continues to top the standings with 337 points after six rounds of racing, 19 up on both Herne and Ransley.

Oran Park Raceway plays host to the ARG eSport Cup next week (Thursday, May 14), with live streaming carried by Speedcafe.com.