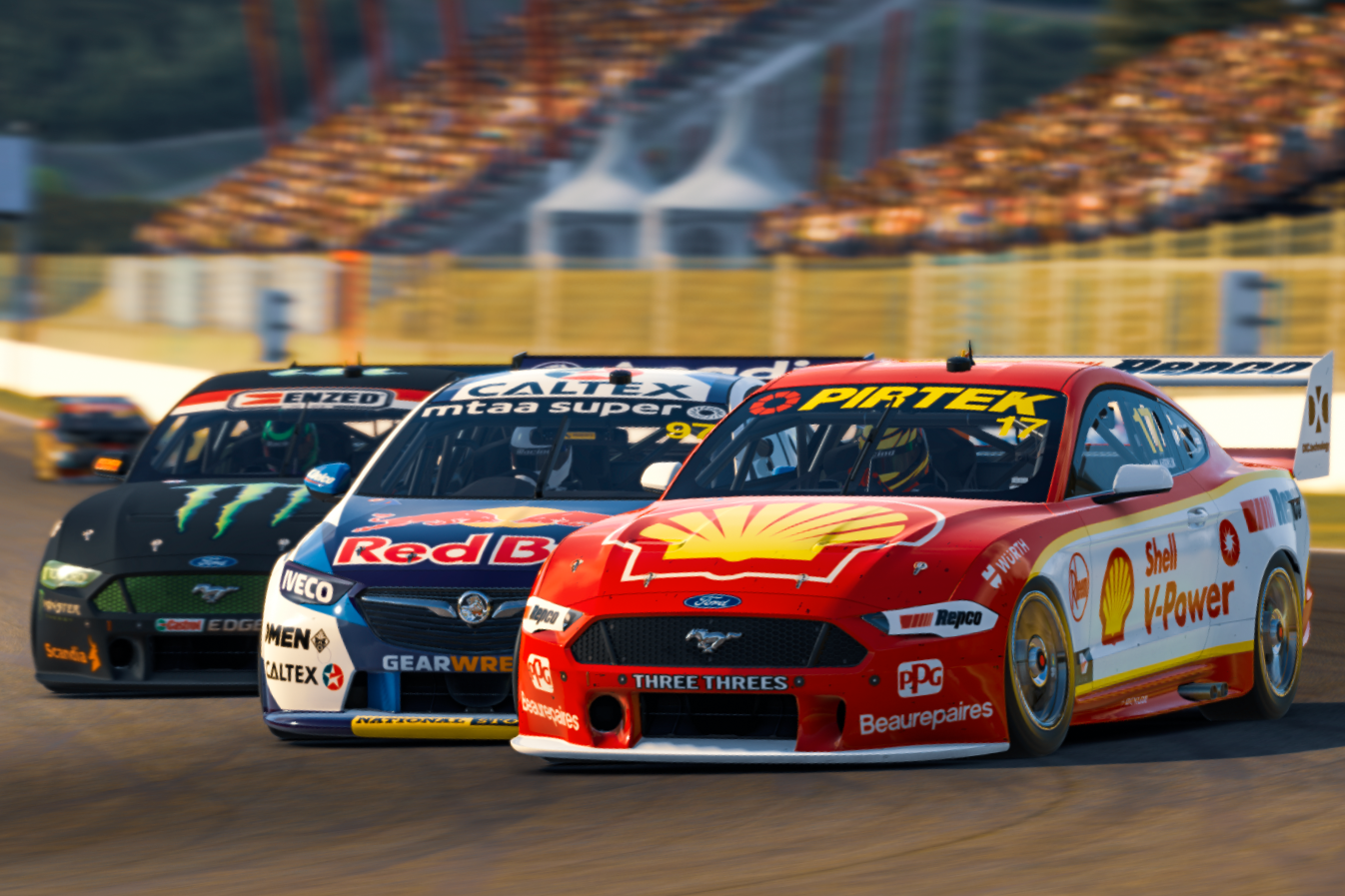 Shell V-Power Racing Team’s Scott McLaughlin is still atop the standings in the BP Supercars All Stars Eseries after five rounds.

A largely successful round at Spa-Francorchamps saw McLaughlin score finishes of first, 22nd, and third at the 7.0 km long Belgian circuit.

McLaughlin initially finished the opening round of the night in second, but was promoted to the win a day later.

That came as a result of Shane van Gisbergen receiving a penalty for an incident involving he and Anton De Pasquale in Race 15.

McLaughlin leads the standings on 1198 points from Cameron Waters (1124) who lies 74 adrift while Shane van Gisbergen (1102) sits third and 96 points away from top spot.

Fourth is Chaz Mostert (923), 275 points adrift, while the top five is completed by Anton De Pasquale (904) who moved up a place in the standings to sit 294 points off the lead.

McLaughlin’s night was capped off with a last corner move on Mostert, a mistake by the Walkinshaw Andretti United driver allowing McLaughlin to secure the final place on the podium.

The two-time Virgin Australia Supercars Championship winner said he was ‘so sweaty’ at the end of the three-race night.

“That was a big night, I’m mentally drained,” said McLaughlin.

“I got a bit impatient there at the end with Mostert, but in the end he made a mistake and I took the position.

“That second race of the night was a bit of a mess, but overall wasn’t my best night and wasn’t my worst. All good, we’ll get set to go again next week.”

Round 6 of the BP Supercars All Stars Eseries continues on May 16 at 18:00 AEST at Circuit of The Americas and Sebring International Raceway.