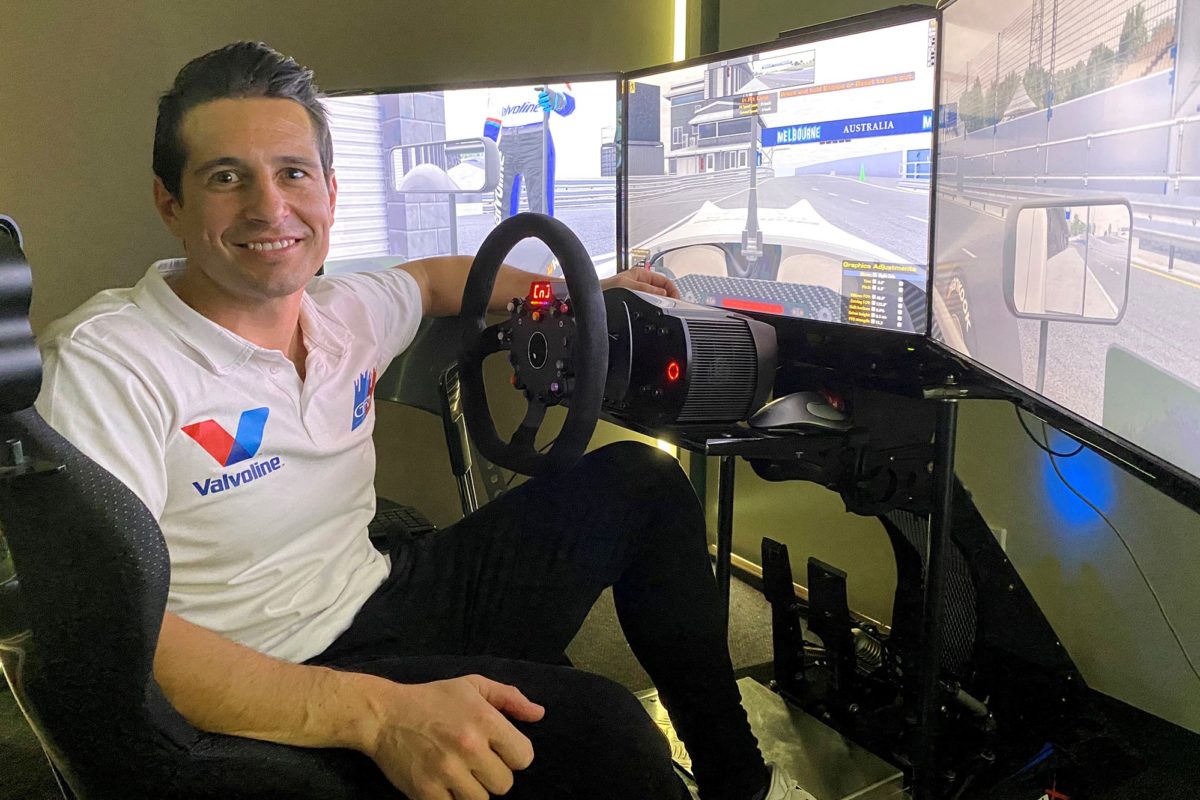 Michael Caruso will join the ARG eSport Cup field as the designated ‘Star’ driver for tonight’s round at Phillip Island in what will be his sim racing debut.

Caruso, who is to contest TCR Australia with Garry Rogers Motorsport this year alongside his Pirtek Enduro Cup co-drive with Tickford Racing, will use one of the Melbourne Performance Centre (MPC) simulators for the cameo.

That means he will compete alongside MPC regular Garth Tander for a round which will see one 25-minute race conducted in the TCR Audis and the other in Formula 3 cars.

“I’m very new to the world, but it’s good. It’s a new challenge, and having never done it, there’s a bit of excitement. I’ve been watching the races and there’s plenty of action.

“Seeing how everyone gets the most out of the them has been good to watch, but let’s see how we go tonight and have some fun.”

Harley Haber leads the series ahead of Round 6, for which live streaming coverage will begin tonight at 20:00 AEST on Speedcafe.com.