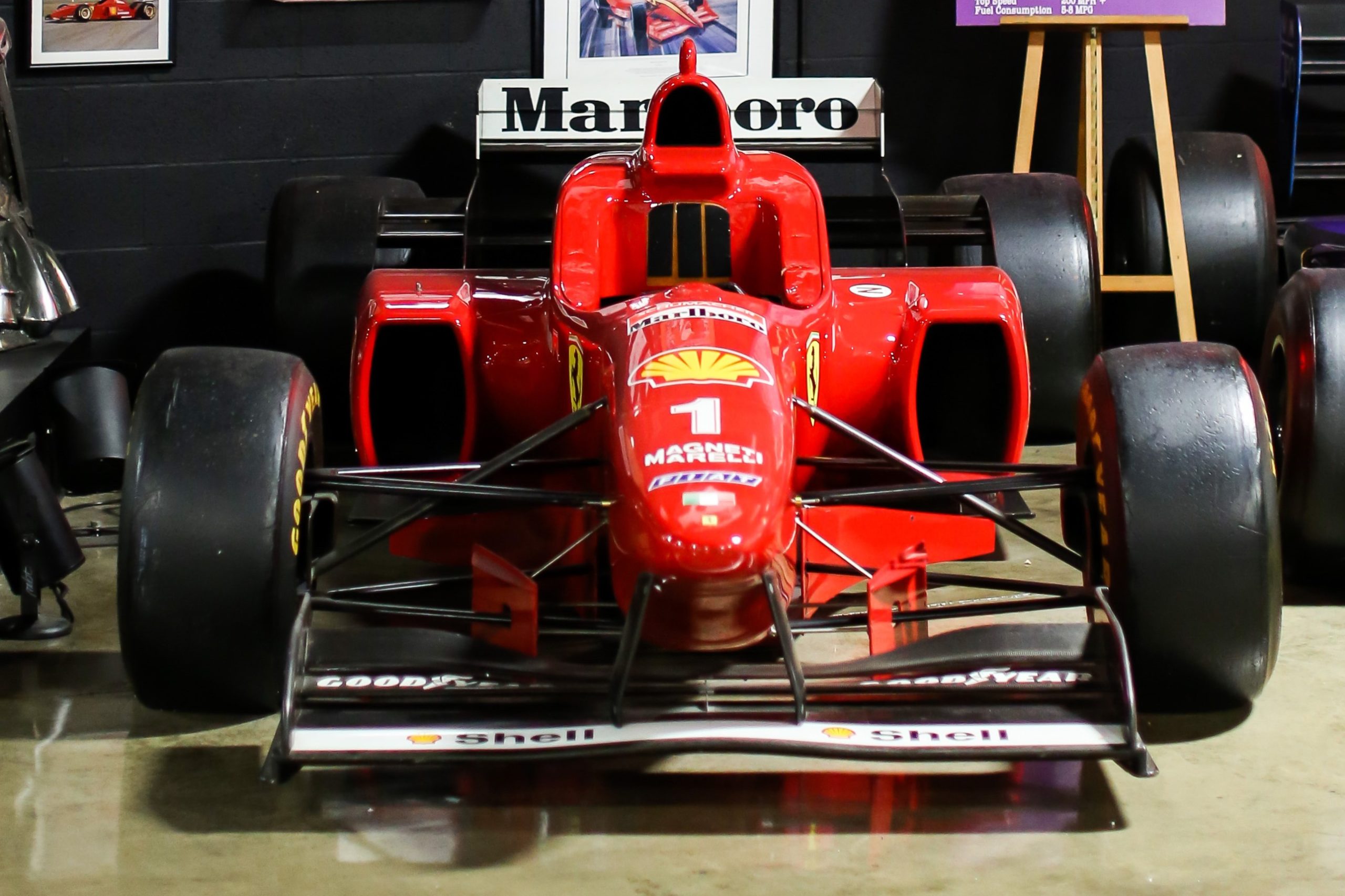 The Marconi Automotive Museum is not the most contemporary or thorough automotive museum in the world, but it does house some cool stuff and it’s all for a good cause.

While it has a bit of an Italian theme, the collection is really an eclectic mix of vehicles including a few hidden treasures which, in itself, makes it appealing.

The museum is located in Tustin California which is about 45 minutes south of the Los Angeles International Airport on the 405S and about 17 minutes directly inland from Newport Beach on the 55N.

It was established in 1994 when Herbalife co-founder Dick Marconi, an amateur racer himself, donated the building and his personal collection to the Marconi Children’s Foundation.

The organisation and facility, run by Marconi’s wife Priscilla “BO”, now nets more than $US1 million a year for local children charities.

While there is a suggested $5 donation as your entry price, the facility generates the majority of its income as an event centre hosting weddings, birthdays, bar mitzvah and supporting events like boxing tournaments as well as direct donations.

Other than electricity, heating and the wages of the staff, all proceeds go to the children’s foundation which has a mission of helping raise money and awareness for organisations specialising in helping children in Southern California.

Marconi is an interesting story in himself having been raised in Gary, Indiana (the home of Michael Jackson), before moving to California with his young family and “$500 in my pocket”.

Despite losing an eye in a chemical accident when he was 12, Marconi proudly tells his story that he was a successful junior boxer, raced cars when he could afford it in his later years and now spends most of his time as an artist, creating abstract pieces using mixed media and solvents in a process he calls “Color Fusion Art”.

The collection, which sits in a 15,000sq feet building, houses anywhere between 75 and 100 cars depending rotation and what is on loan or on display elsewhere.

There is a major focus on Italian bikes and cars due to Marconi’s Italian heritage.

The collection is headed by a list of Ferraris including an F40, F50 and an F310 from Micahel Schumacher’s first season in F1.

There is also a one-of-kind blue Ferrari FX originally prepared for the nephew of the Sultan of Brunei, Prince Abdul Hakeem, and a 195s, which was reportedly the 53rd car built by Enzo Ferrari.

There is also Marconi’s first Dino Ferrari that he bought for $US16,000 which is now estimated to be worth more than $US400,000.

The list of “rare” vehicles is probably highlighted by a 1991 Cizeta Moroder V16T and a one-off custom truck created by boxing sensation Oscar De La Hoya after he won a gold medal at the 1992 Barcellona Olympics.

The Cizeta was designed by the famed Lamborghini designer Marcello Gandini and put together by engineer Claudio Zampolli in a joint venture with music composer Giorgio Moroder. Just 12 of them were made from 1991 to 1995, including a prototype.

Motorsport is well represented with a mixture of different machinery, including a 1993 Newman-Haas Lola and a Williams FW10 driven by Nigel Mansell.

While the Marconi Automotive Museum might be out of reach for most international visitors for a while yet because of the Coronavirus, it is certainly worth putting on your list for your next trip to Southern California.

CLICK HERE for a gallery of the Marconi Automotive Museum