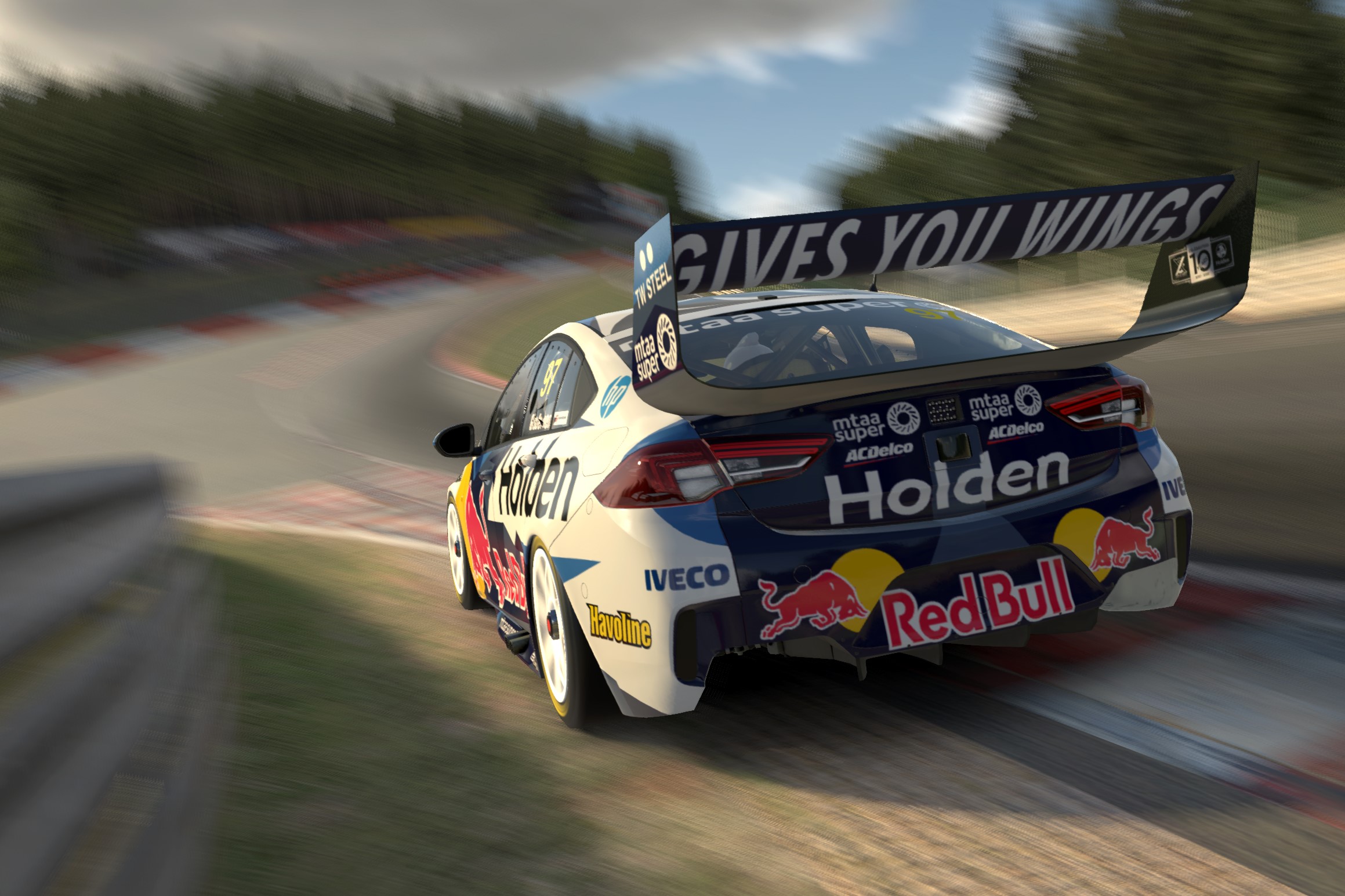 Shane van Gisbergen has notched up another BP Supercars All Stars Eseries win and claimed provisional round honours pending a post-event investigation at Spa-Francorchamps.

With two wins and a fifth place finish to his name, van Gisbergen provisionally leaves the events as the round winner but has a cloud over his head after the Race 15 clash with De Pasquale.

The grid was set for the final race of the night on points after tallying up the results from Race 15 and Race 16 with van Gisbergen on pole position and Mostert alongside him, Waters in third and De Pasquale fourth.

In what was a clean start at the head of the field, van Gisbergen took the lead into Eau Rouge.

McLaughlin got loose over the top of Raidillon but managed to gather his car up and not lose a position onto the Kemmel Straight.

There was drama at Les Combes as Heimgartner was spun by Will Davison.

Caught up in the incident was Norris who plummeted down the order to 21st as a result of going through the grass in avoidance.

At the end of the first lap the margin between van Gisbergen was less than a car length after a mistake by the Red Bull racer at the Bus Stop Chicane.

Mostert was still second, De Pasquale lay third with Waters fourth and McLaughlin fifth while the top 10 was completed by Feeney, Jacobson, Holdsworth, Kostecki, and Pye.

A mistake by Mostert at La Source as he challenged van Gisbergen for the lead allowed De Pasquale an opportunity to fight for second place.

As the pair arrived at the end of the Kemmel Straight, De Pasquale went around the outside and went side-by-side through Les Combes.

Still the pair ran door-to-door through Bruxelles, but ultimately De Pasquale stayed in third. In doing so, van Gisbergen was given a reprieve and stretched out to a comfortable lead.

Mostert, Waters, McLaughlin, and several more came to the pit lane at the end of Lap 4.

McLaughlin was the biggest benefactor as he managed to leapfrog Mostert and Waters.

Whincup opted to stay out and pitted on Lap 7, which put van Gisbergen back into the lead.

At the same time, Mostert and Waters pitted as well for their second stop.

McLaughlin came in a lap later and lost a place to Mostert after the Walkinshaw Andretti United driver got an undercut.

The final stops for van Gisbergen and De Pasquale came at the end of Lap 10.

Once the front runners completed their pit stops it was still van Gisbergen who led De Pasquale. Third was Whincup, but he still needed to complete his final stop.

Mostert went to third and McLaughlin fourth after Whincup came to the lane.

With the advantage of one-lap fresher tyres, McLaughlin began to hound Mostert.

At the head of the field, De Pasquale began to pressure van Gisbergen.

As a time-certain finish approached, their battle climaxed at the Bus Stop Chicane on Lap 13.

Waters snuck through to fourth while Mostert fell to fifth. Feeney was sixth with Jacobson seventh, Holdsworth eighth, Le Brocq ninth, and Norris the last of the top 10 runners.

The BP Supercars All Stars Eseries returns on May 13 at Circuit of The Americas and Sebring International Raceway.