Lowndes would ‘love to be part’ of Supercars Eseries

Lowndes would ‘love to be part’ of Supercars Eseries 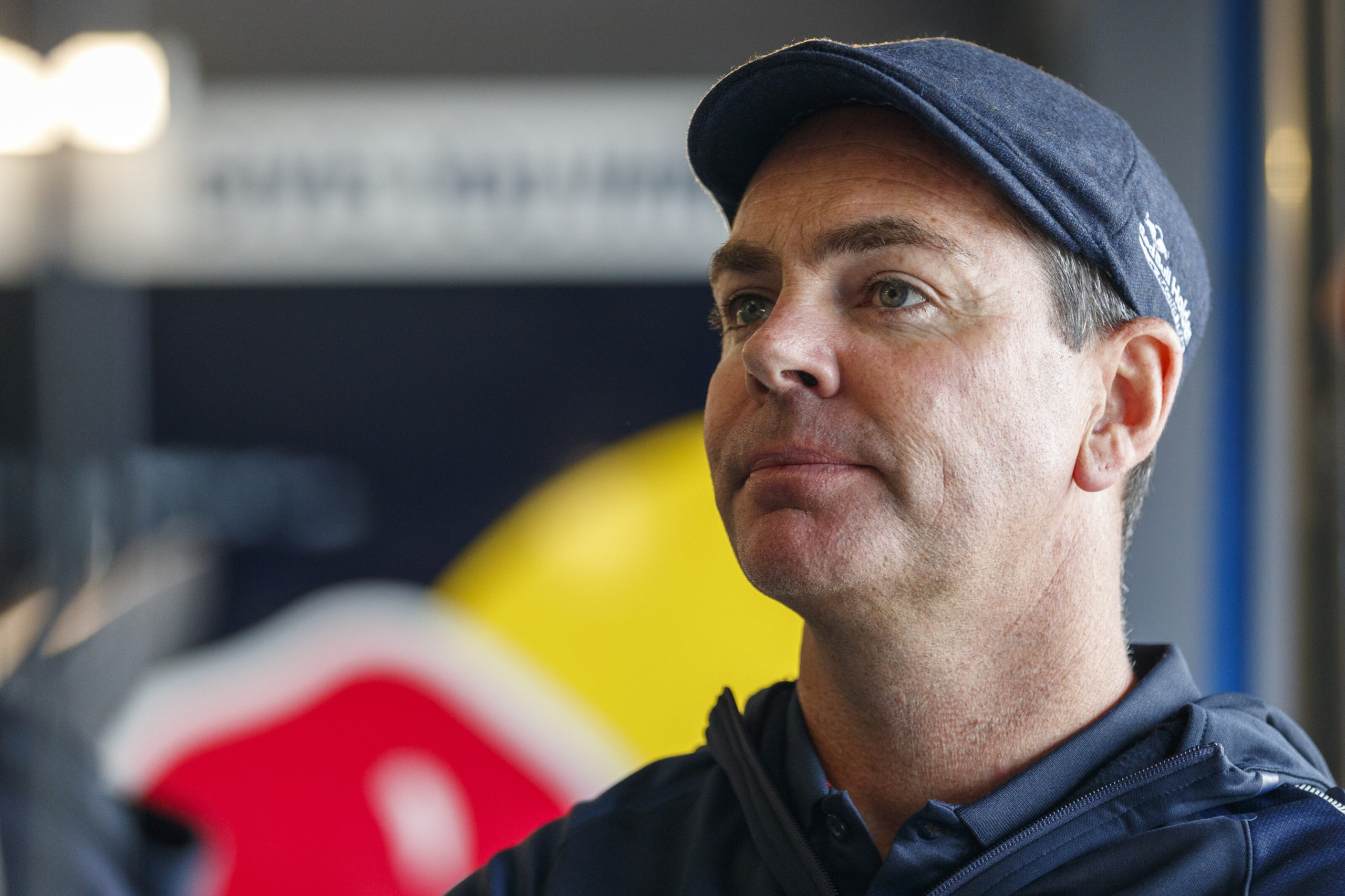 The 45-year-old was in line to race in Round 5 of the Eseries at Spa-Francorchamps, however, the Red Bull Holden Racing Team will instead run Red Bull Junior driver Jack Doohan.

Lowndes said he’s been practicing on the simulator at the team’s workshop in anticipation of a start and has consulted fellow Supercars champions Jamie Whincup and Shane van Gisbergen.

“This week was earmarked, but hopefully next week,” Lowndes told Speedcafe.com when asked about a possible start.

“I’ve been in contact with both Jamie and Shane. I’ve got to say, I’ve been having a go on a simulator and that hand-eye coordination is really difficult to get your head around.

“You don’t have that feel of what the car is doing underneath you.

“Locking up wheels, oversteer, understeer, all of the normal things you feel from the seat of your pants you don’t get that in a sim.

“It’s taken a bit to get my head around it, so hopefully in the next couple of weeks we’ll be able to be part of the competition.”

While details of a future wildcard appearance are still to be confirmed, the Supercars stalwart said he’d like to race at a circuit he’s familiar with.

Round 6 of the Eseries takes place at Circuit of The Americas and Sebring International Raceway on May 13.

Lowndes was part of the Supercars tour to the United States of America in 2013 for the one and only running of the Austin 400 at Circuit of The Americas.

“Hopefully we go to a circuit that I know,” said Lowndes.

“The second part is getting my head around the lack of tactile feel of what the car is doing.

“Just the visual side of it, the senses of visual and hearing has basically had to be heightened. It’s going to be a lot of fun.”

Ahead of tonight’s race at Spa-Francorchamps, Lowndes said he’s practiced in a Supercar on iRacing to get an understanding of the difficulties the drivers will face.

The three-time champion said he is interested to see how the drivers cope on the circuit that is longer than Mount Panorama and features several long loaded corners.

“Even down through Eau Rouge and the back section of the track where it’s quite open, you have to maximise that lateral grip that you just can’t feel.

“You have to go by hearing the tyres squealing. The game is realistic in the sense of the tyre wear, going out of the pits and cycling the tyre up to speed. It’s all those sorts of things.

“Guys like Scott McLaughlin and Shane van GIisbergen and the guys spending lots of time on it have got their head around that side of it as well.

“I’ll be interested tonight to see how qualifying goes, Spa being such a long track and long loaded corners, what drivers do in a sense of their approach.

“That’s going to be a massive advantage.”

Round 5 of the BP Supercars All Stars Eseries gets underway tonight at 18:00 AEST with three races at Spa-Francorchamps.