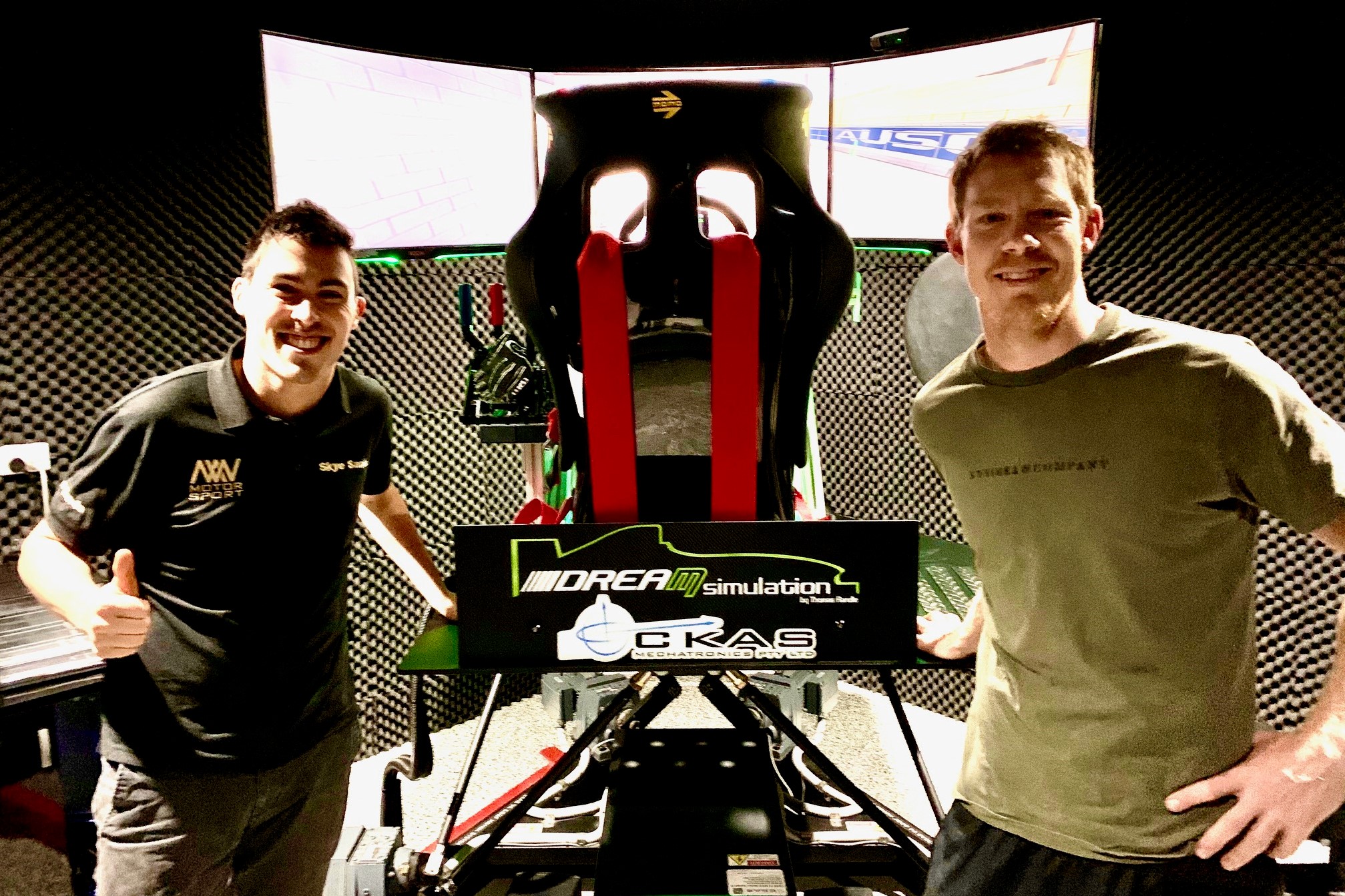 Two-time AFL Premiership-winning player Jack Riewoldt is taking this month’s BP Supercars All Stars Eseries celebrity race as serious as his footy with the help of Thomas Randle.

A delay to the celebrity event until Monday, May 18 will give the goal-kicking whiz more time to prepare at Randle’s new Dream Simulation complex in Melbourne and the 31-year-old is not wasting a minute of the opportunity.

He is also receiving personal tuition from Randle, but the regular Dunlop Super2 Series driver might be regretting that after Riewoldt turned his inaugural one-hour session into a four-hour enduro last night.

“When I heard about the celebrity race my immediate thought was ‘how can I get in this field’,” said Riewoldt.

“I love everything about the sport and I admire the drivers and the crews so much and to have a few hours on the Dream Simulator with Thomas was an absolute thrill.

“I’m not lying, I deadset struggled to sleep after the session on the sim.

“All I was thinking about was braking spots and gear changes, it was so much fun.

“Poor old Tommy had booked me in for an hour. We didn’t leave until just before midnight about four hours later, I was hooked.” 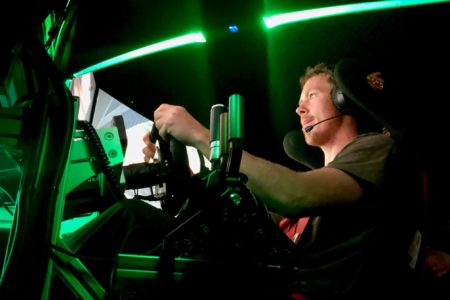 Riewoldt on the Dream Simulator set-up

Riewoldt has become a Supercars fan through a friendship with two-time Supercars champion Scott McLaughlin with the pair developing a popular weekly podcast, Balls and Bumpers.

And the dual Coleman medallist, an award for the most goals kicked in an AFL season, is an unabashed fan of the category and is a regular attendee at races, most recently the Supercheap Auto Bathurst 1000 last year where he celebrated McLaughlin’s victory.

“I was so impressed with his drive to want to get better, he asked so many questions and you could see on his face how hard he was working. It was great fun and I’m pleased he enjoyed it,” said Randle.

“I pity the cricketers, rugby league players and surfers who have to come up against him in the race, he should be one of the favourites.

“This is super cool to have an AFL superstar down here on the Dream Simulator to learn the ropes.

“You can tell from his first session with us what a competitive beast he is and how well he wants to go in this – he doesn’t want to embarrass himself, but he also wants to win the thing, which I like.”

Riewoldt was happy to start the opposition sledging early for the celebrity event.

“Surely Neil (Crompton) is too old to go sim racing, he’ll have to dust off the Atari to get set to race us,” laughed Riewoldt.

Randle will act as Riewoldt’s assistant for the celebrity race where he’ll again use the Dream Simulator.

Regular fans can also book time on Randle’s new rig and have one-on-one tuition from Randle or Lee Holdsworth.
Dream SImulation has also become a member of Networkcafe.com.au – CLICK HERE for his business details.