Feeney set for All Stars Eseries wildcard with Tickford

Feeney set for All Stars Eseries wildcard with Tickford 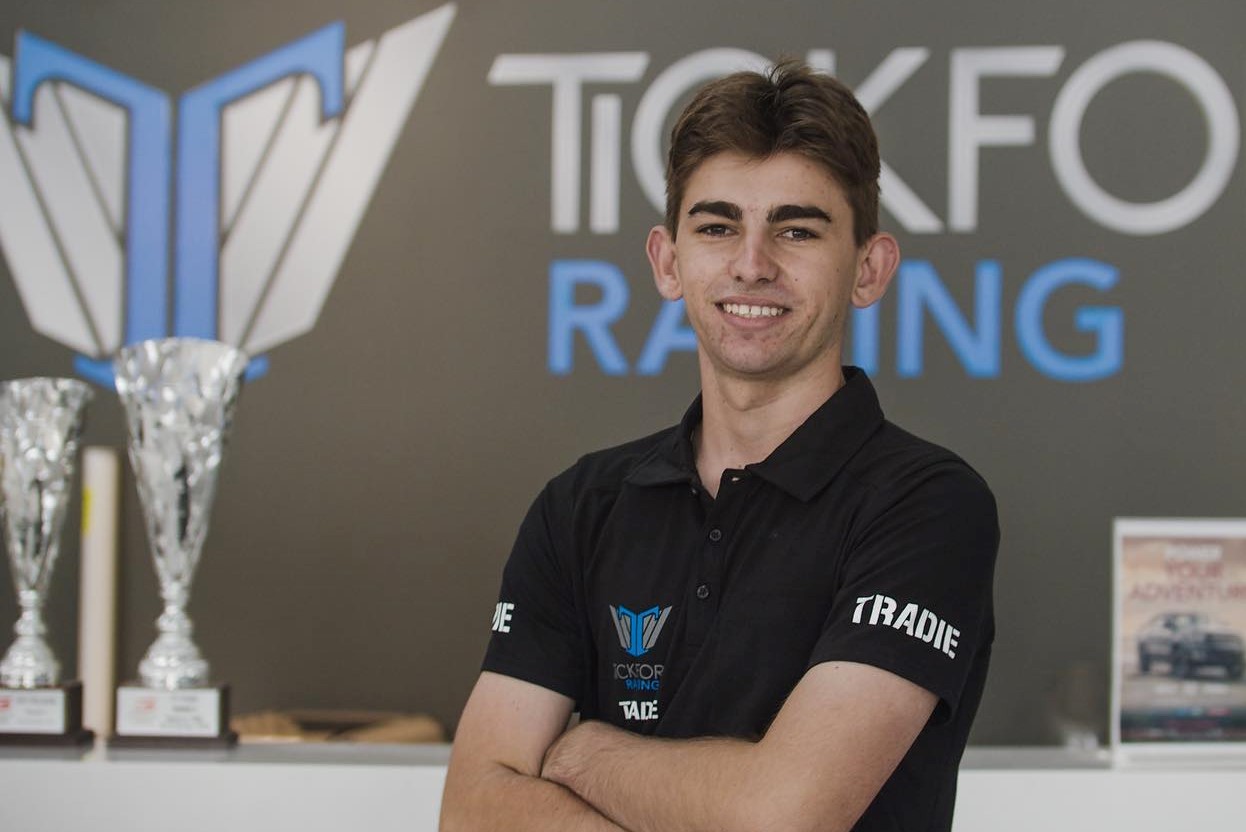 Broc Feeney will get a start in the BP Supercars All Stars Eseries pic: Broc Feeney Facebook

Super2 Series rookie Broc Feeney has been confirmed for a wildcard start in the BP Supercars All Stars Eseries with Tickford Racing.

Earlier this year the 17-year-old won the invitational class at the Bathurst 12 Hour before stepping up to the Dunlop Super2 Series in the sole Tickford Racing entry.

Round 5 of the Eseries takes place on May 6 with three races at Circuit de Spa-Francorchamps in Belgium.

Speaking with Speedcafe.com, Feeney said he’s looking forward to testing himself against the current crop of Supercars drivers.

“Ever since the Eseries started I got onto Tickford straight away and asked if there was any chance of getting a wildcard,” said Feeney.

“There’ve been a few Super2 Series drivers getting opportunities in it, so I’ve been lucky enough to get a go at Round 5 this week at Spa.

“I’m really excited. It’s looked like a lot of fun. I’m very much looking forward to it,” he added.

“Obviously, racing in Super2 this year I want to make that step up to the main game and it’s just a little taste to see how I fare against those guys.

“There are a few guys up the front that have been quick in the first four rounds.

“It’s going to be a bit of a challenge but I’m putting in as many laps as I can to try and catch up to the pace they’ve had.

“I literally cannot wait to go race those guys. It’s been a dream of mine for a long time.”

Feeney has high hopes coming into the Eseries and wants to be a top 10 contender.

“I want to get a couple of clean races, there’s been a lot of crashes in the past few weeks and that’s bound to happen in an e-race,” said Feeney.

“I’d like to be inside the top 10, well and truly. I want to make the shootout, that’s one of my biggest goals for the race.”

Feeney said he’ll be using the Eseries as an opportunity to work with Tickford Racing engineer Raymond Lau.

After just one outing together at the season-opening Adelaide 500, Feeney hopes he’ll be able to take some learnings out of this week’s race for when they return to the real world.

“I’m also working with my engineer as well during it so I think the big thing for me is that I’ll be able to learn a few things,” he said.

“We only got one round together at Adelaide so we’ll be able to learn a few things for when we go back to racing.”

Feeney currently lies eighth in the Super2 Series after claiming 10th in his debut as well as two seventh place finishes.