WHERE ARE THEY NOW: Kevin Waldock

WHERE ARE THEY NOW: Kevin Waldock 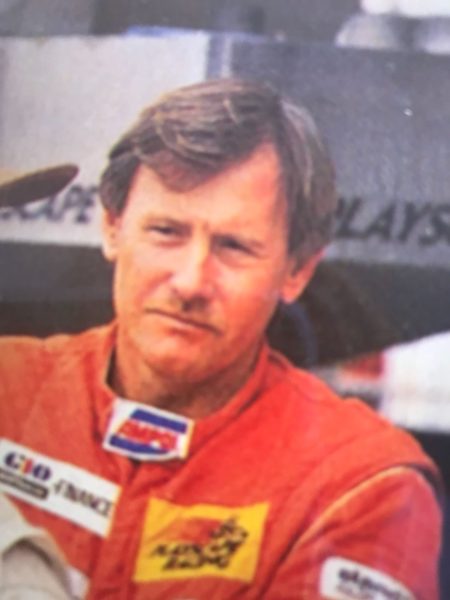 Kevin ‘Gunsmoke’ Waldock arguably carries the most appropriately fitting nickname of any competition driver in Australia since the colourful ‘Gelignite’ Jack Murray.

An explosives entrepreneur, Waldock first became known in motor racing when he sponsored Andrew Miedecke’s Sierra in 1988 before a Sierra was built for Waldock to run in 1989.

Through the 1990s, Waldock conducted a respected privateer operation in the Australian Touring Car/V8 Supercars Championship, first luring Ross and Jimmy Stone to his outfit before the brothers linked with Dick Johnson in the early 1990s.

Waldock moved to racing an EF Falcon by the mid-1990s; however, his career was stymied by his health issues.

At Bathurst in 1998, Waldock had entered with co-driver Mark McLaughlin in the FAI 1000 Classic in an EL Falcon but was forced to stand down after suffering severe heart problems.

Ultimately, the colourful and always bubbly Waldock, moved out of the racing scene but continued to kick huge goals in the explosives world.

These days, Waldock enjoys a quieter life with partner Leona Gunter at their property in the Hunter Valley.

However, the 73-year-old has been bitten by the motor racing bug again after frequent business trips to the US.

Waldock has revealed that he has an offer to race in a GT3-spec Lamborghini Huracan at the 2021 Daytona 24 Hour.

“I have already qualified and been given an invitation for Daytona next year,” an excited Waldock announced to Speedcafe.com.

“Just recently I raced at Las Vegas in a sportscar event over 33 laps, had tyre troubles but got the fastest lap of the race.

“I was asked to return a few days later because Dream Racing wanted to see if I could qualify for Daytona.

“And I did but I wasn’t ready fitness wise for the race earlier this year so I’m ready to roll for next year with Dream Racing as the team runs a pro-am entry.

“I already have a current IMSA licence so everything is in place. Whether it happens or not… the offer is there so I would dearly love to do it.”

Waldock talks passionately about his time running his privateer Touring Car/V8 Supercars squad which ended in the late 1990s because of his chronic heart issues.

“I don’t talk a lot about that time but I was getting ready for practice at Bathurst and I had my head down,” Waldock recounted.

“I was feeling okay and then all of a sudden the doctor came by my driver’s door and he looked into my eyes and said ‘I think you’ve had a heart attack; get out of the car’. 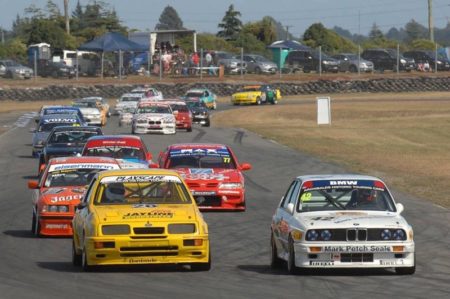 “In the end a helicopter was organised and they carted me off to hospital in Sydney and I ended up having my 21st angioplasty (surgery to increase the blood flow through a narrowed artery).”

With Waldock sidelined in hospital, the team organised to fly young Kiwi Ashley Stichbury into the Playscape Racing Falcon to substitute for the stricken ‘Gunsmoke’.

“So at the last minute they organised for Ashley to come out and gain special dispensation to race. He did the race with Mark McLaughlin and they did something like 40 laps before encountering race-ending electrical problems.

“Then Ashley suffered a brain haemorrhage and sadly died not too many years after that. It was just so terribly so. He was a huge talent.”

Waldock switched to a lighter mood when he recalled the 1997 Primus 1000 Classic, which acted as Peter Brock’s farewell after earlier announcing it would be the legendary driver’s final full-time year of competition.

“I was sharing the Playscape Falcon with John Smith and we had these grid girls who were all strippers,” Waldock chuckles.

“And we hopped in the back seat of a convertible to do the driver’s parade before the race and our girls were flashing their breasts at the crowd around the track. As you can imagine it caused quite a commotion.

“Anyway, just after the parade lap, Brock came up to me and said ‘you dirty bastard, you spoiled my send-off. There was not a bit of TV on me because of your girls’.

It was in fact quite a comedic moment for a privateer who ordinarily took his racing extremely seriously having had some of the best work for him including the likes of the Stone brothers and engineering guru Campbell Little.

“Normally I’m pretty full-on with my racing but that was just a little bit of fun that, as it happens, hijacked Brock’s moment in the sun in some respect.”

These days Waldock satisfies his racing fix by regular trips to the US which mixes business with pleasure.

“I got my IMSA licence over there three years ago when I was 70. It is a pretty stringent process where they access you on everything from racecraft to entry into the pits, et cetera on the road course at Las Vegas Motor Speedway.

“I passed something like nine categories for the test and was then highly recommended for a licence.

“One of the testers actually said there was a race coming up in Mid-Ohio which was 161 laps. And I said, ‘wow that’s the same amount of laps as Bathurst back in Australia’.

“He said he wanted me to drive with him there and I said, ‘you know I’m 70 years old’. He didn’t care because he said I was faster than him. 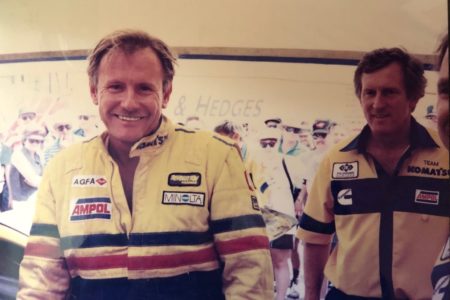 “Anyway, in the end I couldn’t do the race at Mid-Ohio because my explosives business in the States was growing like crazy so I didn’t have the time.

“But now I’m in the throes of getting out of the business in the US so I would seriously like to be able to do Daytona next year.

“Before my time is up, I would dearly love to do one Daytona at least.

Waldock claims he is in decent shape, better than his final years in V8 Supercars in the late 1990s.

“I’m definitely fitter today than when I was racing at Bathurst in the ‘90s.”

Waldock remains chuffed at winning the President’s Award in Texas in 2013 for his work in the explosives industry. It was global recognition from the International Society of Explosives engineers.

It was a special moment after a life of dedication which has seen Waldock turn over more than $1 billion in his explosives businesses after starting with two dollars in his pocket.

“I was pretty happy about winning that award. It’s kind of recognition like you’ve been a good boy in school but in the business world,” he remarked.

Towards the end of our hour-long phone chat, Waldock interjected, changing the topic to the late broadcaster Mike Raymond, who tragically died late last year at 76 years of age after battling pneumonia.

“Mike Raymond was never prickly and he was always colourful and I would just like to publicly offer my thoughts to his family and many friends,” Waldock reflected.

“He was the absolute pro in his game. There were a lot of things in motorsport in Australia that wouldn’t have happened if it had not have been for him.”

Footnote: Jack Murray earned the nickname ‘Gelignite’ when he armed himself with a crate of explosives in case he needed to clear the path of obstacles during the Redex Trials of the 1950s. Murray died of heart disease, aged 76, in Sydney in 1983.