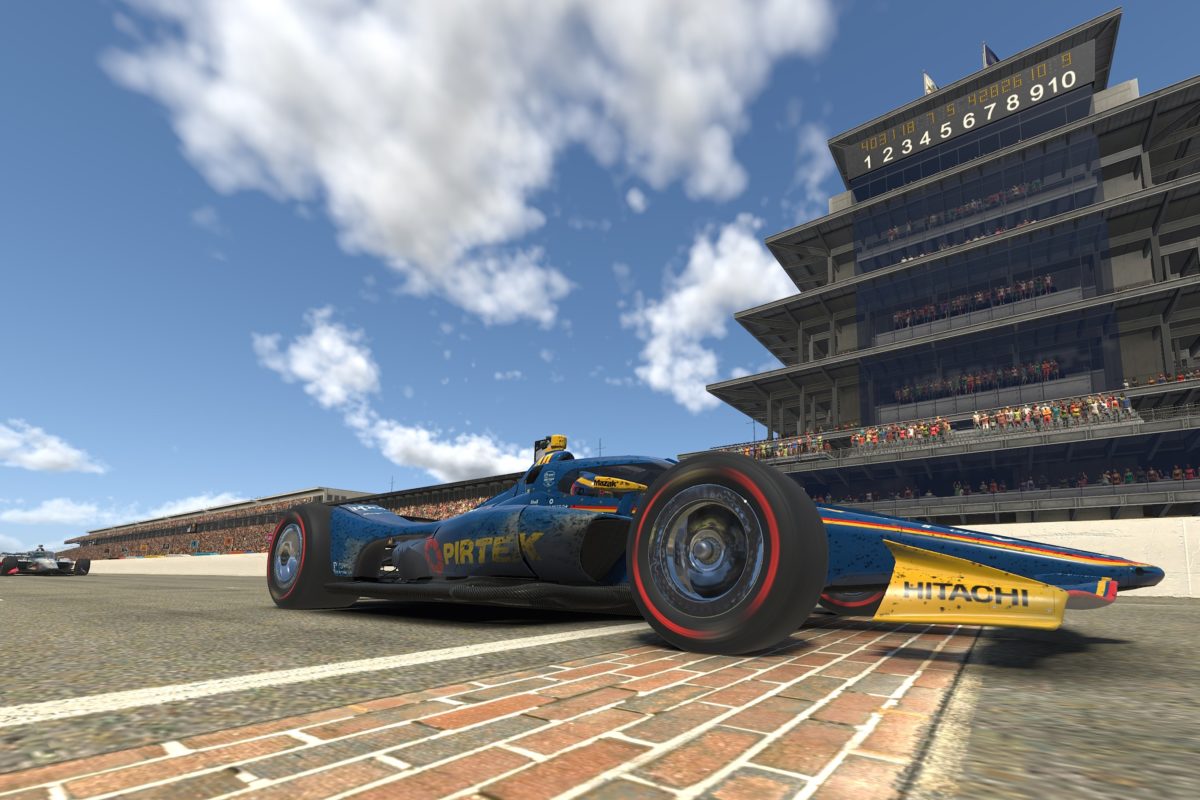 Scott McLaughlin was hoping for the type of incidents which helped him win the IndyCar iRacing Challenge finale after battling with a damaged front wing during his final stint.

McLaughlin took his Pirtek Team Penske entry to victory in the Indianapolis 175 after the top four wiped themselves out in the run from the last corner to the finish line.

The New Zealander was relying on crashes unfolding ahead of him to pave the way for what he described as a ‘Bradbury’ victory due to the scars Car #40 was carrying.

“I saw a whole bunch of crashing,” recalled McLaughlin.

“Unbelievable to get the Pirtek car into Victory Lane. It was really cool.

“From that last Caution, my front wing was damaged, so I was just literally just trying to hope there was a wreck at the end, and there were two.

“We were at the right place at the right time. I thought we were going to get third, and then the two wrecked in front of us, and we got the win.

“That was exhilarating. That was cool.”

While no points were kept for the six-race series, McLaughlin and team-mate Simon Pagenaud, the Indianapolis 500 winner in the real world last year, were the only two drivers to claim multiple victories.

McLaughlin, however, was the only competitor to win on an oval and a road course having also prevailed in Round 2 at Barber Motorsports Park.

The 2020 IndyCar Series is currently slated to begin at Texas Motor Speedway in June under its revised calendar following the outbreak of COVID-19.