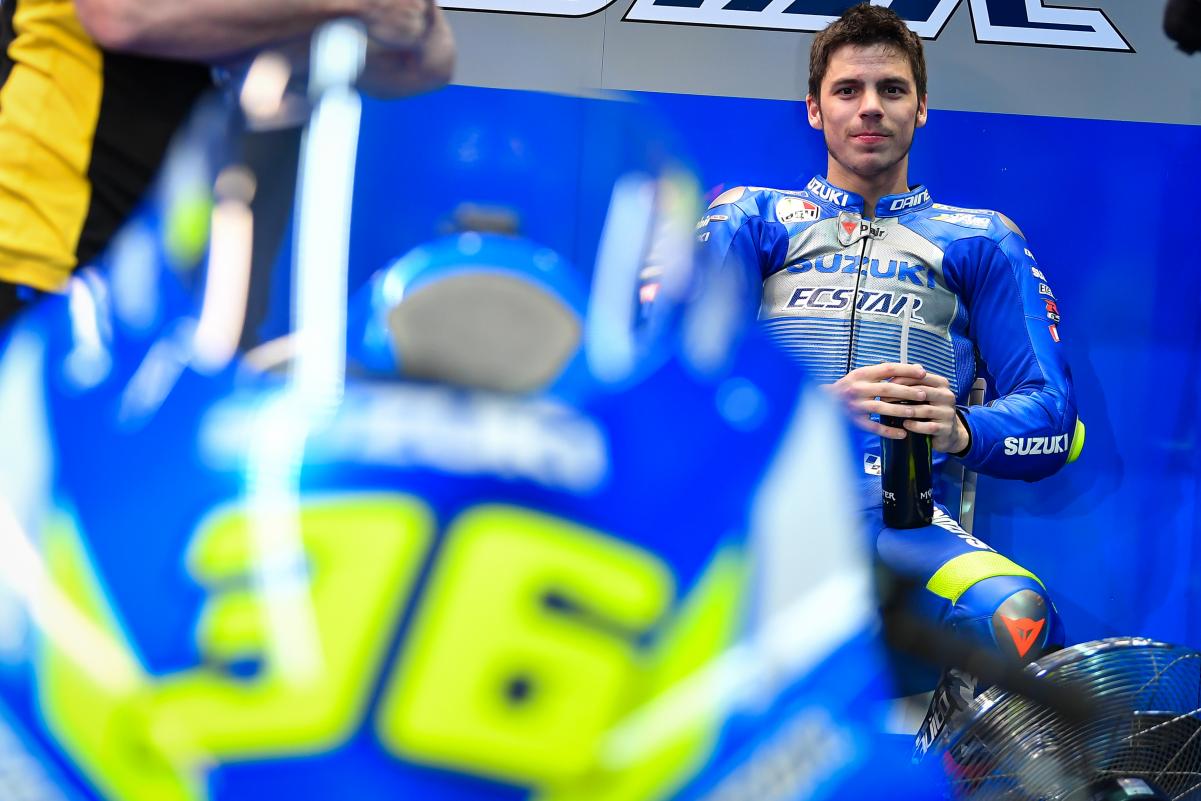 Team Suzuki Ecstar is set for an unchanged rider line-up for the 2021 and 2022 MotoGP seasons having re-signed Joan Mir.

The agreement means that both Mir and fellow Spaniard Alex Rins will remain on GSX-RR bikes for at least two more years after the latter’s new deal was announced last month.

Mir achieved a personal best finish of fifth from the 17 starts he made in an injury-disrupted rookie MotoGP season last year, when he wound up 12th in the standings.

“I’m extremely happy to sign with Suzuki for another two years – renewing is the best thing that could happen and it’s a dream come true again,” said the 22-year-old, who was crowned Moto3 champion in 2017.

“It’s really important for me to continue because now I have more time to learn and more time to show my potential.

“Two years can go by quickly, but I am ready to arrive at a higher level, and we are working every day to make that happen.”

Shinichi Sahara, Suzuki’s Project Leader, remarked, “We are proud to have reached an agreement with Mir alongside Rins and maintain the current line-up.

“This will give us a continuity that will be very helpful for the development from a technical point of view.

“The consistency of keeping the same riders is very important, because it helps us keep track of the progress made and means we stay on the right path.

“Beside this, Joan is a talented rider, he has already shown strong skills last year and we believe he could harvest some important successes with our team as soon as his experience grows.”

Suzuki is the second manufacturer to finalise its factory team duo for 2021, and also 2022, after Yamaha inked two-year contracts with both Maverick Viñales and Fabio Quartararo.

All other seats remain up for grabs for next year, at least in theory.

Suzuki and Yamaha showed the best pace during this year’s two pre-season tests, although no racing is expected to take place until at last late-July due to the COVID-19 pandemic.