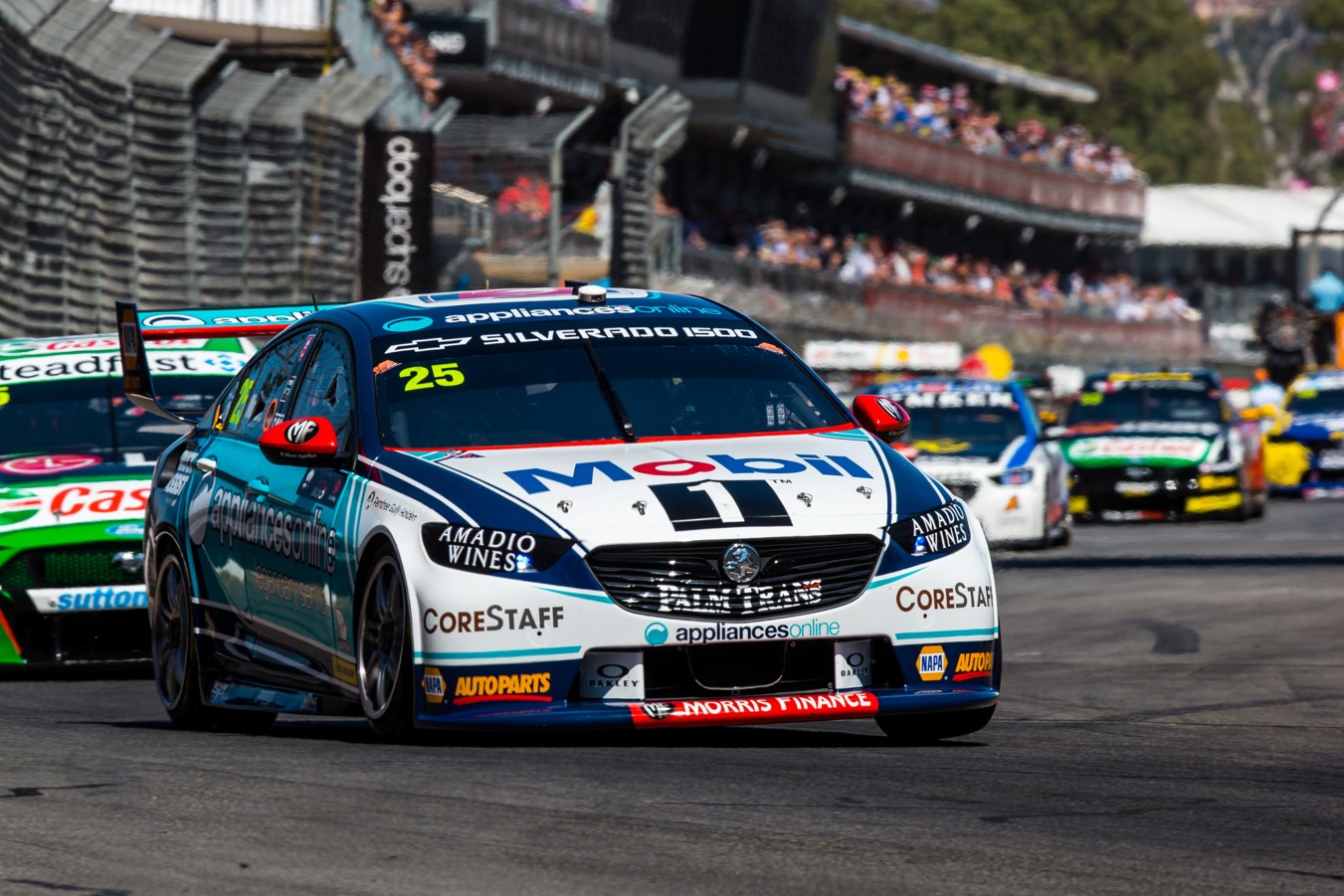 Supercars CEO Sean Seamer says easing border restrictions will be key for the championship to get back underway, ruling out a temporary single state hub-based competition.

An update is expected to come in mid-May on the state of the Virgin Australia Supercars Championship as to when racing might resume.

The championship has been on hold since the Melbourne 400 at the Formula 1 Australian Grand Prix due to the coronavirus pandemic.

The Tyrepower Tasmania Super400, ITM Auckland Super400, and Pirtek Perth SuperNight were all subsequently postponed too.

Speaking during a media teleconference, Seamer said a hub-style competition was considered, but eventually ruled out due to border restrictions and the desire for a complete calendar.

“We have considered it,” said Seamer.

“The challenge with it is that, as you will know, our teams need to be able to get back to base to work on their cars and to turn their cars around.

“It’s very difficult to be taking that much equipment with you on the road to fully mobilise the series.

“Our preference remains to start the series at a time (when) we can start to traverse borders and deliver the championship that we set out to.”

On Friday the Australian Institute of Sport announced guidelines for sports to adhere to in the coronavirus affected environment.

A total of 15 principles have been set out for sports at community and professional level to minimise the risk of COVID-19.

Seamer said Supercars will assess its position in relation to government guidelines and run its events in accordance with those, scaling up or down its own restrictions.

“Motorsport as a sport is very heavily governed,” he said.

“We can dial up or dial down how strict we are based on government restrictions and believe that we’ll be able to get racing again soon. It’s about traversing the borders, which is the most important thing for us right now.”

Supercars could find solace in one of the country’s biggest football codes, National Rugby League.

Following that announcement, Queensland Premier Annastacia Palaszczuk confirmed NRL could be played in the state and training could resume.

Plans were initially outlined to have the NRL season played solely in New South Wales with all 16 teams based out of the single state.

However, the announcement by Palaszczuk now means interstate travel can take place for Queensland players.

Like the NRL, Supercars has teams based across several states with the majority in Victoria and Queensland.

What implications Palaszczuk’s announcement may have on Supercars remains unclear at this point but is nevertheless an encouraging step for elite level sport nationwide.

“If we’re talking about mid-May, I think, the earliest that we could get going would be June,” said Seamer

“I think you can that deduce, right? If we’re talking about announcing what our plans are on the 15th of May, that it would take a period of time for the teams to be able to mobilize.

“So without speculating, I think you can quite quickly do the math to figure out that as soon as we could get going as in June.”

The Virgin Australia Supercars Championship is currently earmarked to resume with the Truck Assist Winton Super400 over June 5-7, however, that round is in doubt.

The Townsville 400 on June 26-28 has a mid-May deadline for deciding whether that round goes ahead, which may also coincide with Seamer’s planned updated on the calendar.