McLaughlin: Whincup Eseries effort shows why he is a champion

McLaughlin: Whincup Eseries effort shows why he is a champion 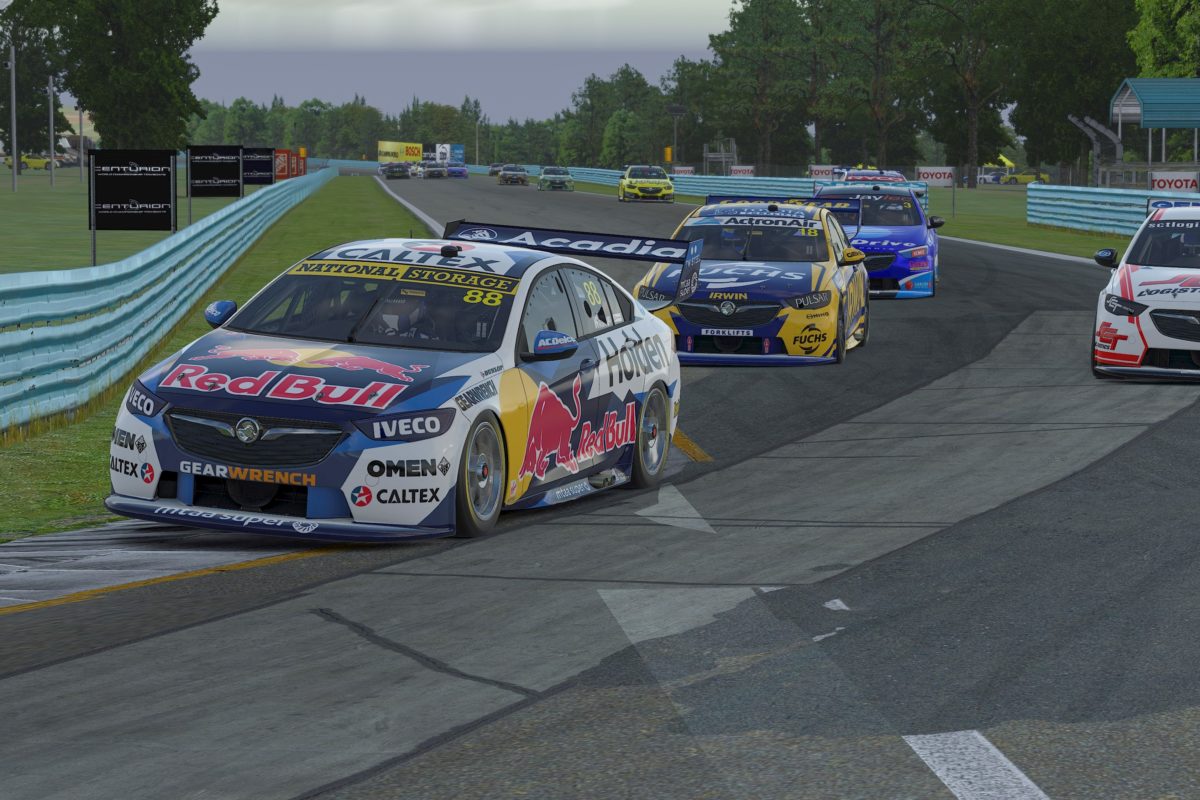 Jamie Whincup in the BP Supercars All Stars ESeries

Scott McLaughlin believes that Jamie Whincup’s drive to improve his BP Supercars All Stars Eseries performances shows why he too is a multi-time champion in the real world.

McLaughlin leads both the Eseries after its first four rounds and the Virgin Australia Supercars Championship after he and Whincup shared the spoils at the Superloop Adelaide 500 in February.

The virtual world has not been as kind to Whincup, however, until he broke through for a win in the most recent race of the Eseries at Watkins Glen, which followed a first top 10 earlier in the night at Montreal.

McLaughlin, twice a Supercars champion but denied what would have been his first when Whincup claimed his seventh in a thriller in Newcastle in 2017, hailed the Red Bull Holden Racing Team driver’s efforts.

“I admire someone like JW – who acknowledged he was not much good at sim racing and was well off the pace in the opening event,” wrote the Shell V-Power Racing Team pilot in his latest Grove Racing Scott’s Corner column.

“But he’s such a competitive bugger – look at how hard he’s worked at improving, and then you see the results with his reverse grid race win (in Race 14).

Said Whincup, a sim racing rookie, after taking that victory, “I’ve been working hard over the last few weeks calibrating my simulator and getting it to where I’m most comfortable.

“While there’s still a lot of pace in me, I’m still trying to make those little adjustments so I can be more competitive in the series.

“Being able to get the right brake pressures, the right throttle percentage and the right steering angles in the car is usually second nature, it’s not something you really think about. You figure out what you want to adjust, and you just do it.

“But, in the simulator, I’m struggling to get those factors to where I want them.

“This week I’m going to work on making those final little adjustments to my sim and get it to where I feel most comfortable.”

Reflecting on the Watkins Glen/Circuit Gilles Villeneuve round more broadly, McLaughlin expressed frustration that some drivers did not appear to be taking the Eseries as seriously as the likes of Whincup.

“At the Glen we had a ripper battle with Cam Waters – he tried at least a couple of times to fence me – but we were able to stay in front of his Mustang,” he recounted.

“Hopefully, you’ve all been able to see the substantial improvements across the board over the first four rounds up and down the grid – I think it’s really showing in the quality of the competition. For the most part.

“Which leads me to the bad news.

“The reverse grid race at Montreal was as bonkers as anything I’ve ever seen in my time in racing – real OR virtual. I hit about seven cars by Turn 2 – the start was a complete cluster.

“Unfortunately, some of the guys at the front just aren’t qualified and we saw the results which really ruined the race for probably half the field.

“Some still are ether miles off being competitive, or still aren’t taking it seriously – which is a decent bugbear of mine.”

McLaughlin will race a Pirtek-backed Team Penske entry in this weekend’s finale of the IndyCar iRacing Challenge, in which he is also a race winner, at Indianapolis.

The BP Supercars All Stars Eseries continues at Spa-Francorchamps on Wednesday night (May 6) while Supercars has also announced that a virtual celebrity race will be held at Mount Panorama on May 12.