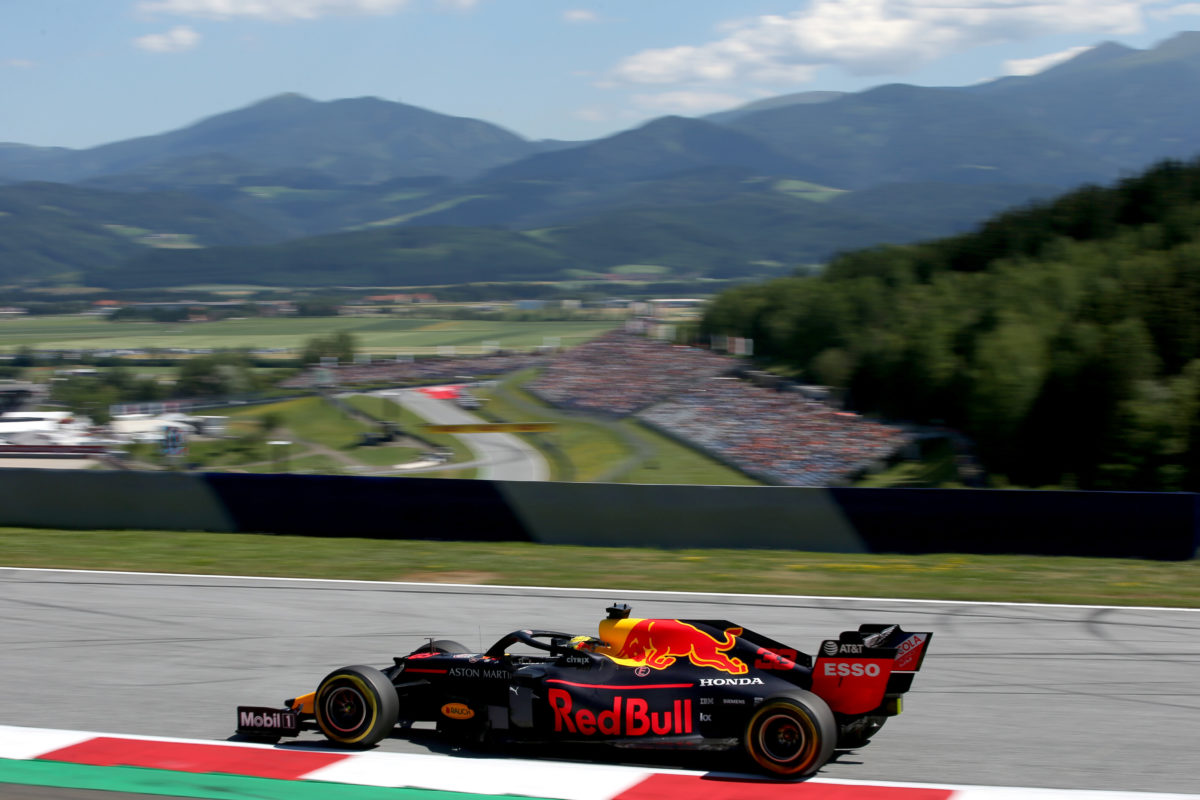 The Red Bull Ring during the 2019 Austrian Grand Prix weekend

Formula 1 Managing Director of Motorsport Ross Brawn has expanded on how and why the championship hopes to finally start its season in Austria, potentially with back-to-back races.

F1 is pushing for a grand prix at the Red Bull Ring on July 3-5, and possibly another on the following weekend, after the postponement/cancellation of the first 10 races due to COVID-19.

While the first of those Austria events would in fact be run on its original date on the 2020 calendar, Brawn says that the Spielberg circuit is well-suited regardless to be the new season-opener.

He reasons that F1 would be able to create a ‘biosphere’ for teams and personnel due to the particular characteristics of the Red Bull Ring and close proximity of an airport.

“One of the logistical challenges is getting everyone tested and cleared to enter the paddock and enter the racing environment,” explained Brawn on the F1 Nation podcast.

“And I think once we do that, it’s very attractive to keep everyone in that environment, within that kind of biosphere that we want to create for another race.

“It’s also pretty challenging to find the right sort of races early on where we can control the environment well enough.

“Austria fits that bill very well. It’s got a local airport right next to the circuit, where people can charter planes into. It’s not too close to a metropolis, it has a great infrastructure around it.

“There will be no motorhomes, but there will be full catering facility laid on that the circuit has. We can basically contain everyone within that environment.

“Therefore, once we’re there, it’s appealing to have another race the following week.”

Silverstone, which was slated to host the British Grand Prix on July 17-19, is also in the frame for multiple races this season and it, too, would do so without crowds.

A similar announcement has now been issued by the Hungaroring, although the 2020 Hungarian Grand Prix is far from a certainty given that its date falls inside the end of the country’s ban on mass gatherings.

Brawn says that the measure is regrettable but necessary in order to facilitate racing.

“It’s a massive logistical challenge because running a Formula 1 race is a big challenge anyway,” he observed.

“Running a Formula 1 race in the circumstances is something which is new to all of us and we’re working through all the requirements to make sure we operate in a safe environment for the drivers, for the engineers, for the technicians, for everyone involved in the race, and we put on the right sort of show.

“Unfortunately, it will be without fans, which is a great shame, but we still feel we can take the race out to all the fans and watchers on TV and other means.

“It’s important for us to try and get the season going, many reasons for wanting to start the season. One is to excite the fans, who have all been frustrated with the delays.

“We have a very exciting season in front of us, but it is a very important livelihood for thousands of people, and that is another reason for trying to kickstart the season.”